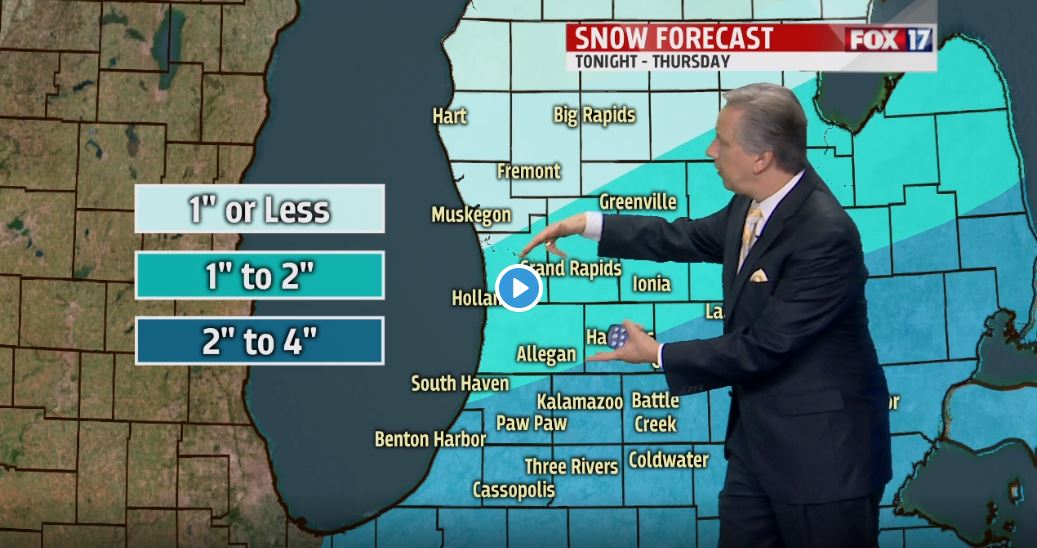 GRAND RAPIDS — The forecast from FOX 17 Chief Meteorologist Kevin Craig: An area of low pressure will move across Ohio Thursday morning giving West Michigan a lengthy period of light snow. The latest information we have on this system is that it will pass far enough to the south and east that most of us will only get a glancing blow. It looks like most areas will escape with relatively light totals, with most of us seeing about 1" to 2". The higher amounts of 3", perhaps 4" will be well south/east of Grand Rapids. A Winter Weather Advisory is in effect for Barry, Eaton, Van Buren, Kalamazoo, Calhoun, Berrien, Cass, St. Joseph, and Branch counties from this evening through late morning Thursday.