Tonight's Forecast: Muggy with a chance of a shower or storm

Uncomfortable Overnight With Lows Near 70° 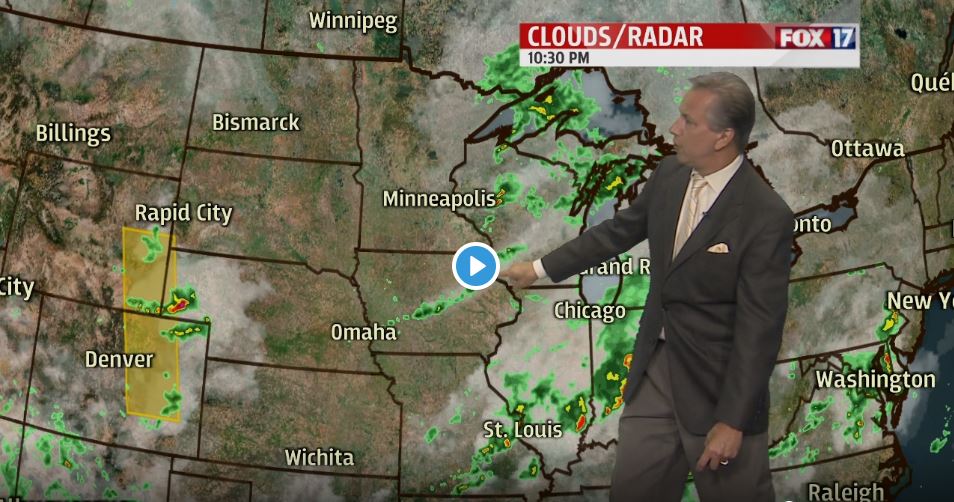 An Overnight Shower or Storm is Possible 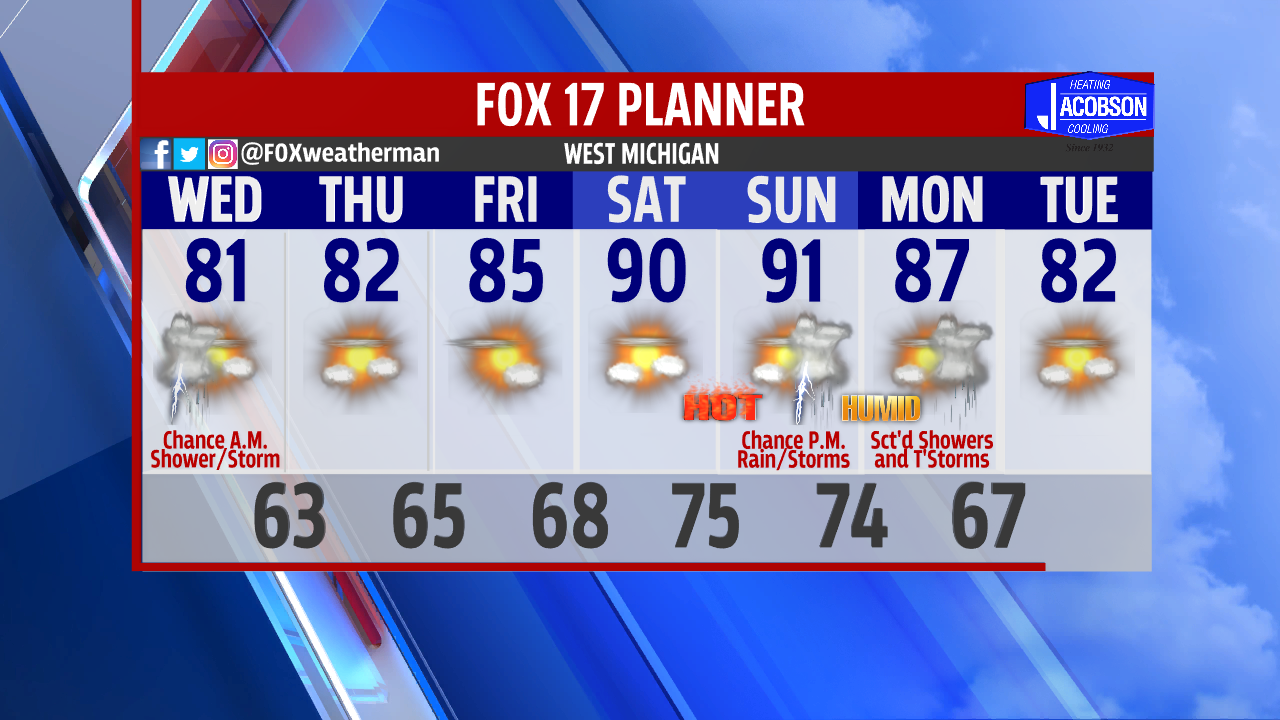 GRAND RAPIDS — The forecast from FOX 17 Chief Meteorologist Kevin Craig: Our next shower/storm chance arrives overnight into early Wednesday morning as another surface low pressure system and upper level disturbance move into the region. We also expect more heat and humidity by the weekend as highs approach 90 degrees Saturday, Sunday, and possibly Monday. Heat indices will be cranked up well into the 90s once again. The only relief from the heat will be possible storms Sunday and Monday.

TONIGHT: Mostly cloudy with a few scattered showers and thundershowers. These will likely be hit and miss, so not all locations will see rain. Lows in the upper 60s to near 70. Winds south/southwest at 5 to 10 mph.

WEDNESDAY: A chance of a lingering morning shower/storm, otherwise some slow P.M. clearing. Highs in the low 80s. Still somewhat muggy. Winds west-southwest at 7 to 14 mph.

THURSDAY: Partly cloudy to partly sunny. An isolated shower is possible. Highs in the low 80s. Winds northeast at 5 to 10 mph.