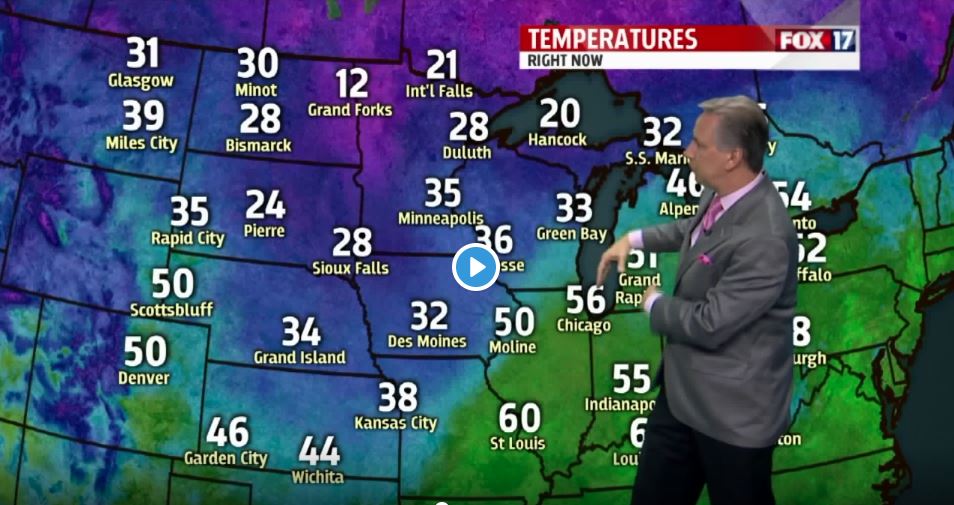 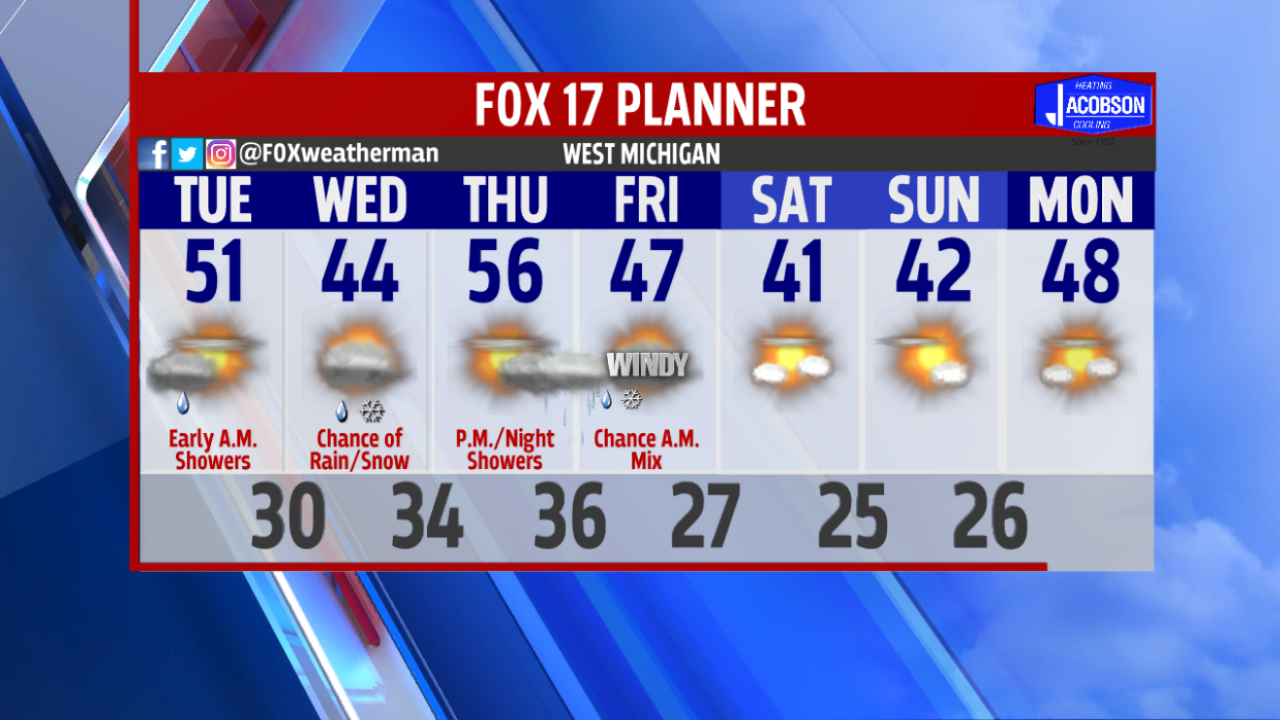 GRAND RAPIDS — The FOX 17 forecast from Chief Meteorologist Kevin Craig: Rain is likely tonight ahead of an approaching cold front. This front will pass after midnight, and temperatures will gradually drop by daybreak. A lingering rain shower is still possible early Tuesday morning, but high pressure will build in for the afternoon giving us some sunshine with a cooler northwesterly wind. Precipitation chances will again be with us for the mid to late week period as a series of disturbances move through the Great Lakes. Rain/snow are possible Wednesday, and more rain showers Thursday P.M.

TONIGHT: Rain likely. A bit breezy at times with south winds at 10 to 15 mph becoming northwesterly late. Lows in the upper 30s to near 40 by around daybreak.

WEDNESDAY: Becoming mostly cloudy with the chance of some light rain/snow showers. Little or no snow accumulation expected. Highs in the lower 40s.

THURSDAY: Mostly cloudy with showers possible by late afternoon. Highs in the middle 50s. South to southwest winds at 5 to 10 mph.