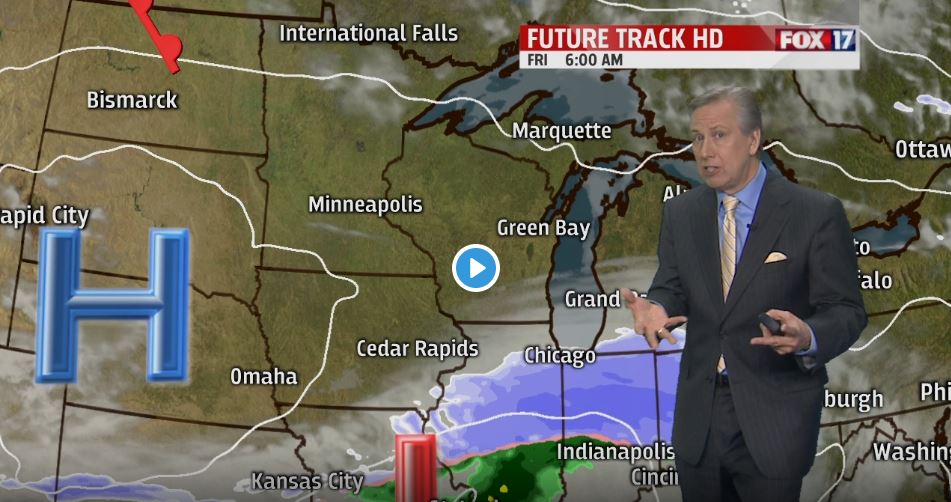 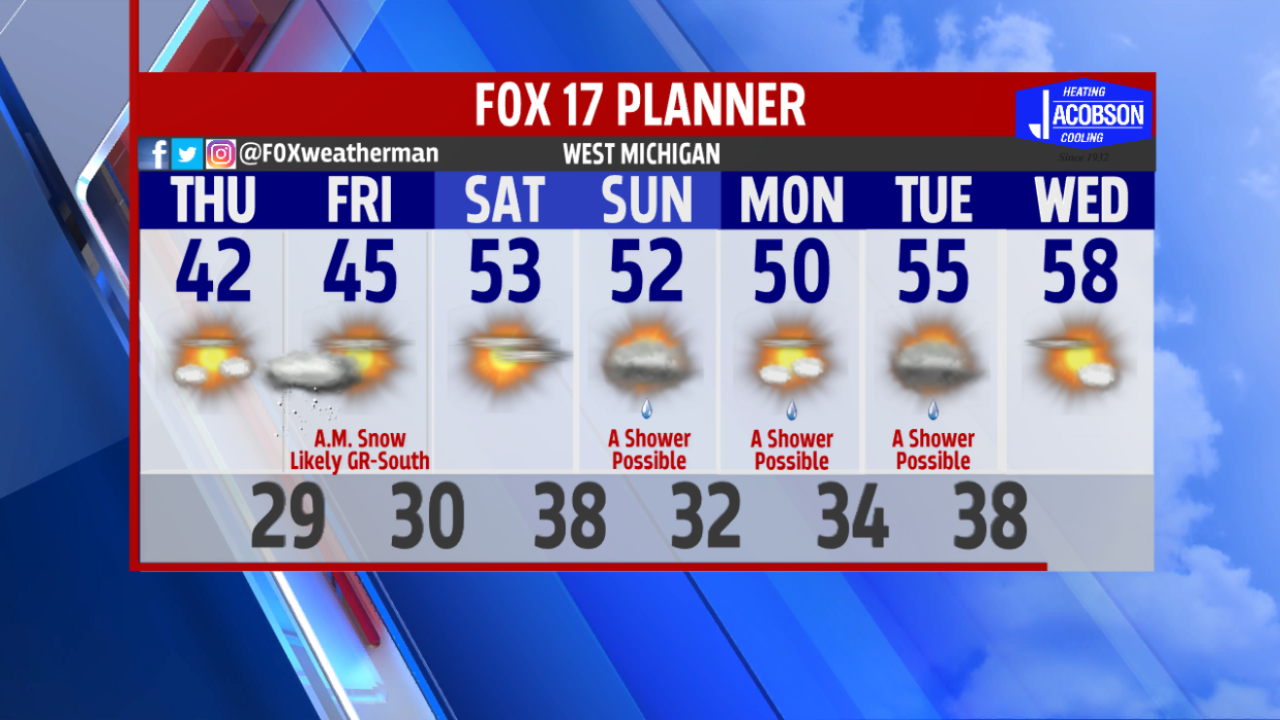 WEST MICHIGAN — The forecast from FOX 17 Chief Meteorologist Kevin Craig: FREEZE WARNINGS are in effect overnight for Kent, Muskegon, Ottawa, Allegan, Van Buren, Kalamazoo, Berrien, and Cass Counties. We expect low temperatures well below freezing for several hours overnight. This may create damage to some fruit trees and other vegetation. Another round of light to moderate snow is likely late Thursday night into Friday morning. 2" to 4" is possible along/south of the I-94 corridor. One inch or less is likely around Grand Rapids and vicinity. If the system shifts further north, it may shift the totals a bit further north. Much the same if it shifts to the south. Regardless, we believe the heaviest snow will be along the Michigan/Indianan stateline. Mostly sunny skies and 50s will arrive on Saturday. Enjoy and please be safe.

TONIGHT: FREEZE WARNING OVERNIGHT. Clear to partly cloudy and cold. Lows in the low/mid 20s. Winds west at 5 to 10 mph.

THURSDAY: Partly cloudy to partly sunny. Highs in the lower 40s. Winds west at 10 to 15 mph.

FRIDAY: Light to moderate snow likely along/south of I-96 through the morning. The heaviest accumulations will occur along/south of I-94 where 2" to 4" will be possible. An inch or less is possible around the Grand Rapids area. Sunnier skies return in the evening. Highs in the middle 40s. Winds variable at 5 to 10 mph.