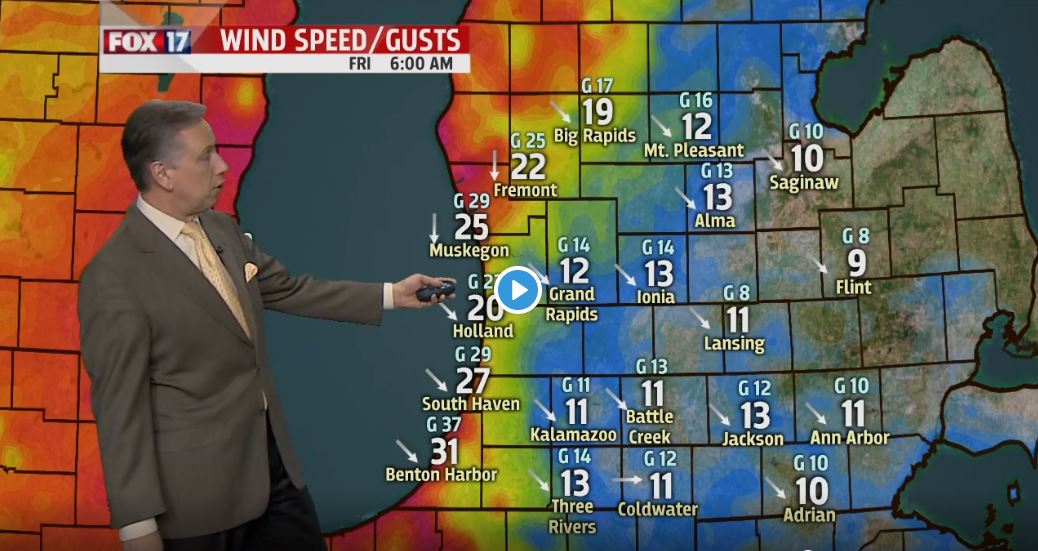 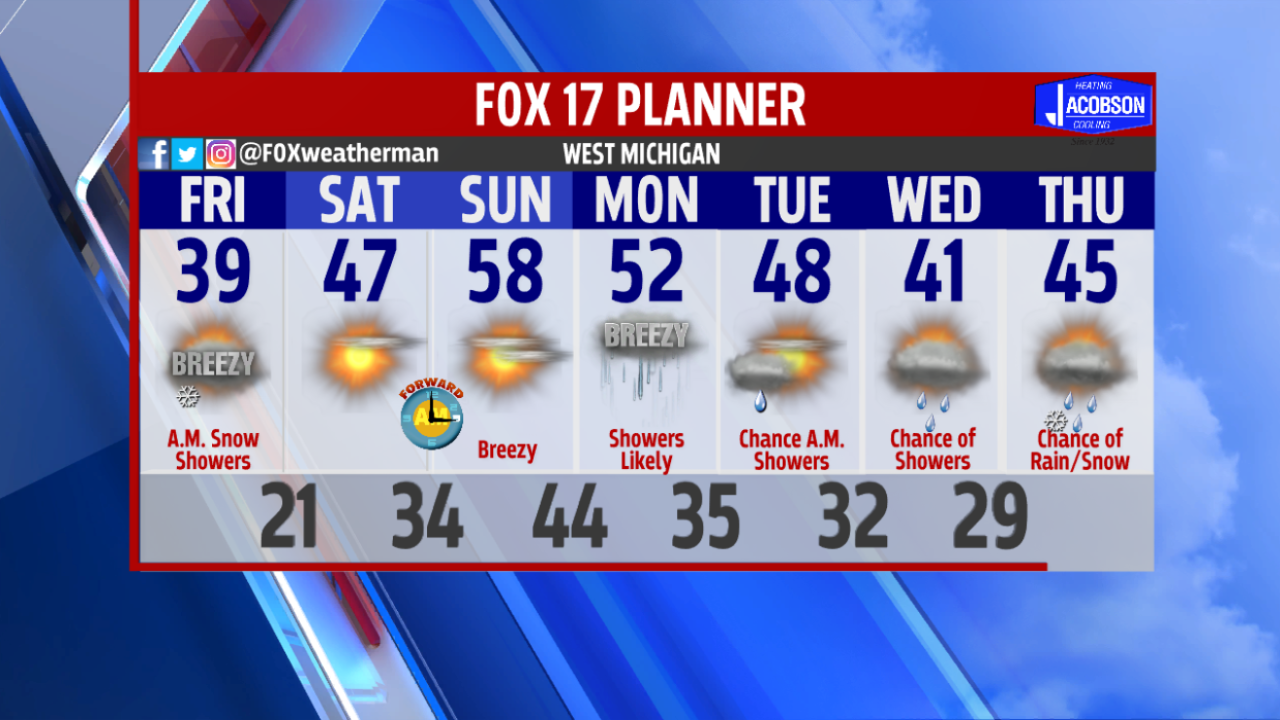 GRAND RAPIDS — The FOX 17 forecast from Chief Meteorologist Kevin Craig: A clipper drops in from the north and west and brings a chance of rain and a few snow showers this evening, followed by all snow showers late tonight. The snow looks too light and scattered to amount to more than a dusting to a half inch of accumulation in most areas. High pressure settles in Friday afternoon into Saturday, giving us quiet weather conditions. Plan on a beautiful weekend with plenty of sunshine and very mild temperatures!

TONIGHT: A chance of evening rain/snow showers, becoming mainly snow showers late. Little or no accumulation expected. Lows around 30. Southwest winds at 5 to 10 mph becoming northwesterly at 10 to 15 mph late.

TOMORROW: A chance of morning flurries or very light snow showers. Becoming partly sunny by late afternoon. Highs in the upper 30s. Breezy with northwest winds at 15 to 25 mph subsiding to 10 to 15 mph late.

SATURDAY: Mostly sunny and mild. Highs in the middle to upper 40s. South winds at 8 to 16 mph.

SUNDAY: Mostly sunny, breezy, and unseasonably warm with temperatures running 15 to 20 degrees above average. Highs in the upper 50s.