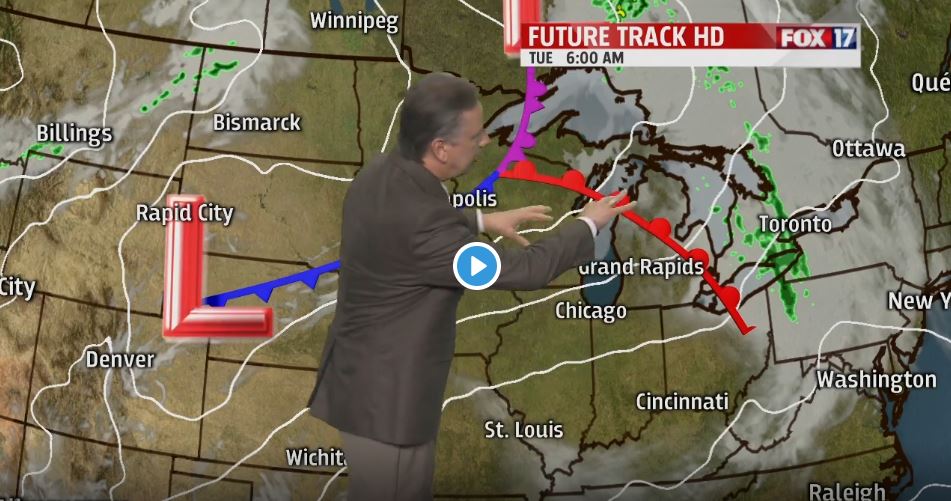 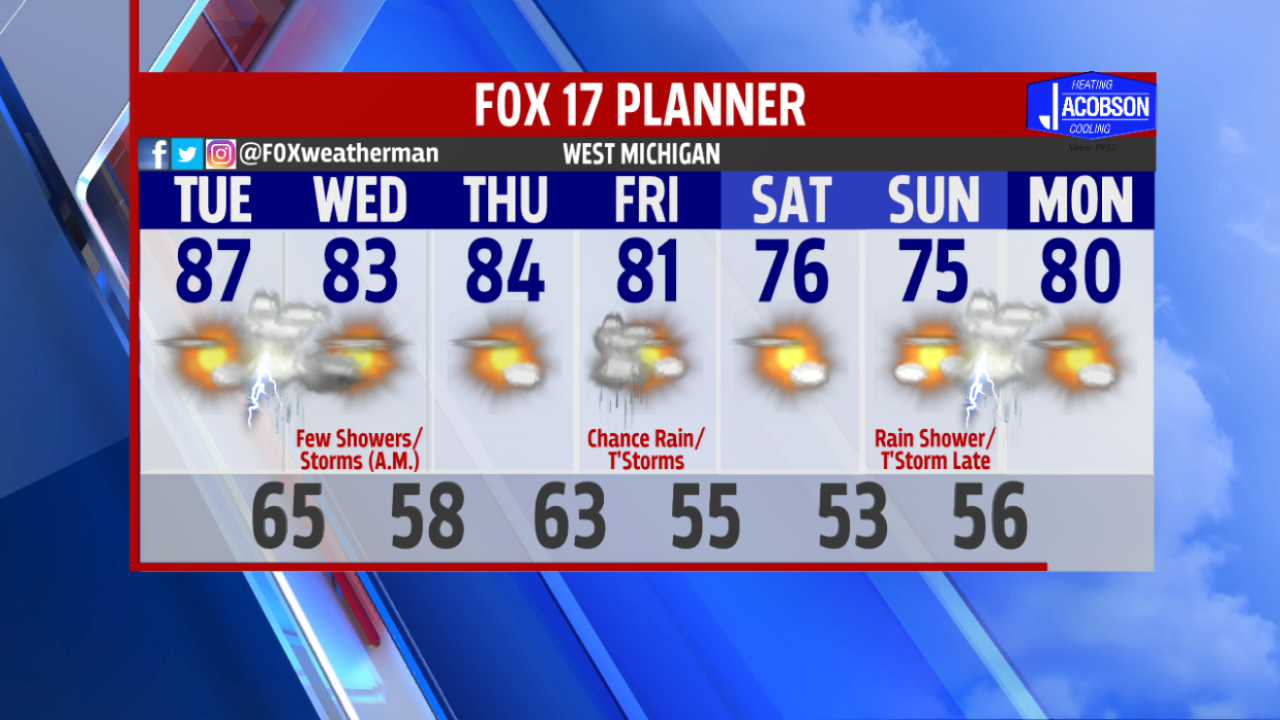 WEST MICHIGAN — The forecast from FOX 17 Chief Meteorologist Kevin Craig: We'll see clouds gradually decrease overnight, but prepare for the heat and humidity to build in for Tuesday as a warm front lifts through the state. High temperatures will return to the middle/upper 80s and dew points will be pushed well into the 60s. Strong to potentially severe thunderstorms will then be fueled by the extra heat and humidity Tuesday night. West Michigan is under a marginal/slight risk of severe weather late Tuesday into Wednesday morning. The risk of damaging wind, large hail and an isolated tornado exists.

TONIGHT: Mostly cloudy with a chance of a shower early, otherwise gradually decreasing clouds. Lows in the low/mid 60s. Winds south-southwest at 10 to 15 mph.

TUESDAY: Mostly sunny and breezy. Heat and humidity surge back into West Michigan with highs in the mid/upper 80s. Heat index around 90 degrees. Thunderstorms develop after dark. Winds southwest winds at 10 to 20.

TUESDAY NIGHT: Mostly cloudy with a few showers and thunderstorms likely. Some may be strong to possibly severe with wind and hail as the primary threats. Lows in the mid 60s. Winds southwest at 10 to 15 mph.

WEDNESDAY: Chance of a shower or thunderstorm early, otherwise partly cloudy to partly sunny. Highs in the low/middle 80s. Winds west-northwest at 10 to 15 mph.