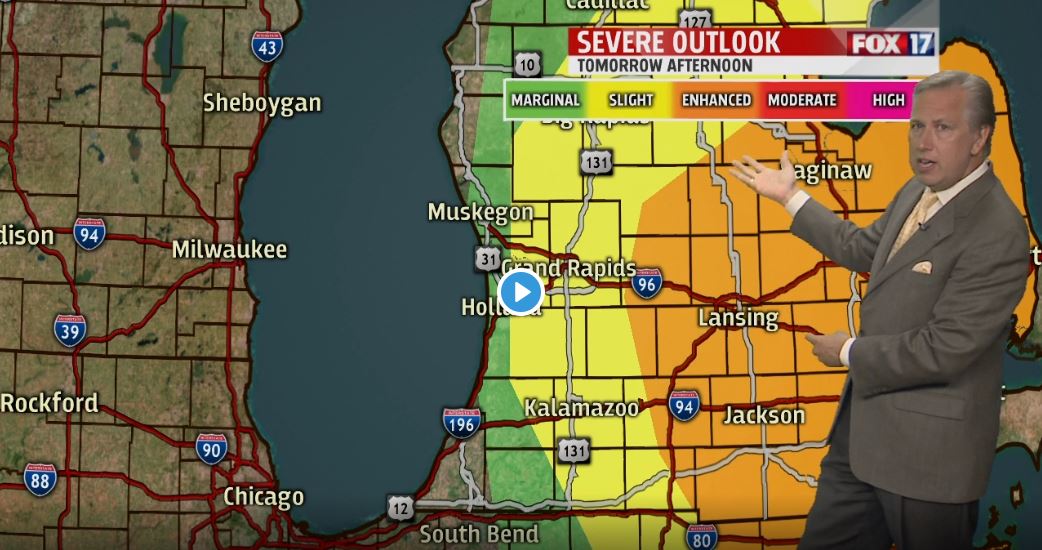 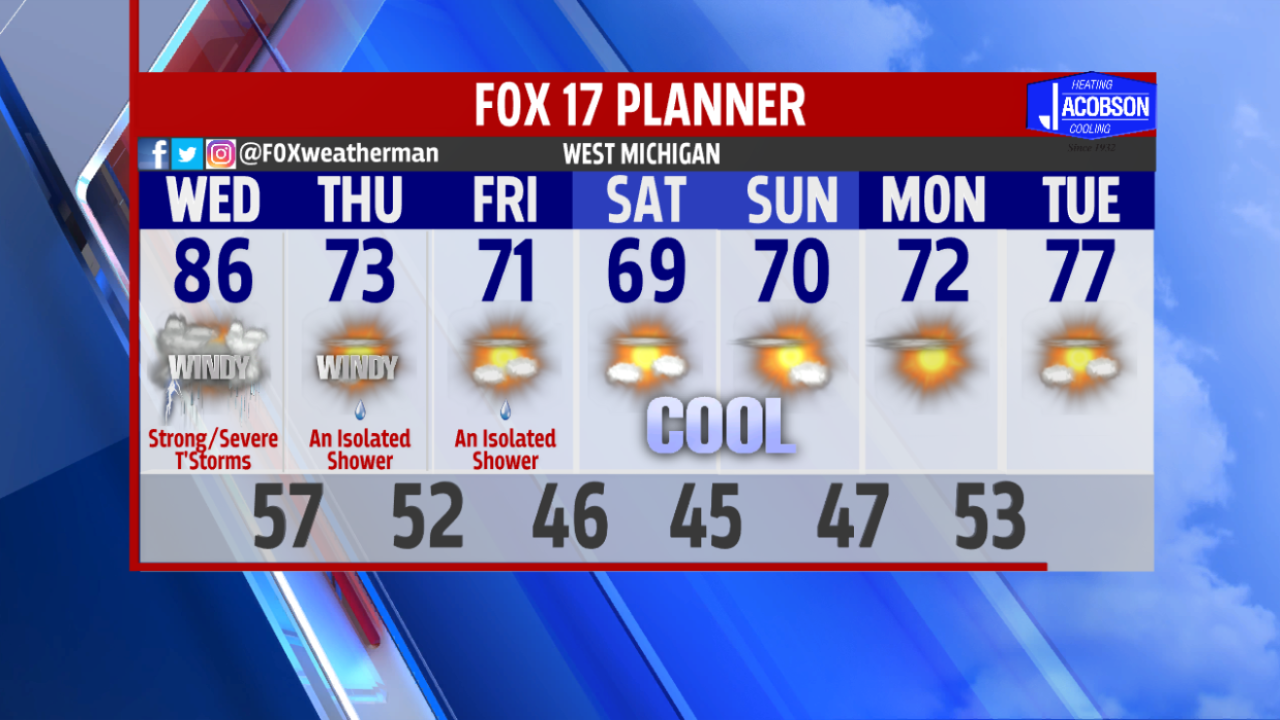 WEST MICHIGAN — The forecast from FOX 17 Chief Meteorologist Kevin Craig: Tropical Depression Cristobal will continue its northward track along the mid and upper Mississippi River valley overnight into Wednesday, with its rain and thunderstorm bands scraping the FOX 17 viewing area. Another disturbance moving through on its heels from the west could bring another round of storms Wednesday afternoon, with severe weather possible. Damaging winds and a decent risk for tornadoes will be the main threats, especially if enough midday sunshine appears to destabilize the atmosphere. In addition, strong south to southwest winds will continue to make Lake Michigan dangerous overnight into Wednesday with large waves and beach erosion. Much cooler, more comfortable air is expected for Thursday and beyond.

TONIGHT: Scattered showers and thunderstorms. Windy and muggy with lows in the low 70s. Southeast winds at 15 to 25 mph becoming southwesterly late.
TOMORROW: A chance of showers and thunderstorms. Strong to severe storms are possible, especially in the afternoon along/east of U.S. 131. Partly to mostly cloudy and windy with highs in the middle 80s. Southwest winds at 20 to 30 mph becoming westerly late. Winds could gust to 40 mph or higher.
TOMORROW NIGHT: A few lingering showers, otherwise mostly cloudy. Breezy and cooler with lows in the middle to upper 50s. West/southwest winds at 10 to 20 mph.
THURSDAY: Partly sunny with an isolated shower possible. Windy and cooler with highs in the lower to middle 70s. West/southwest winds at 15 to 25 mph.