More humid, but significant rain a good ways off 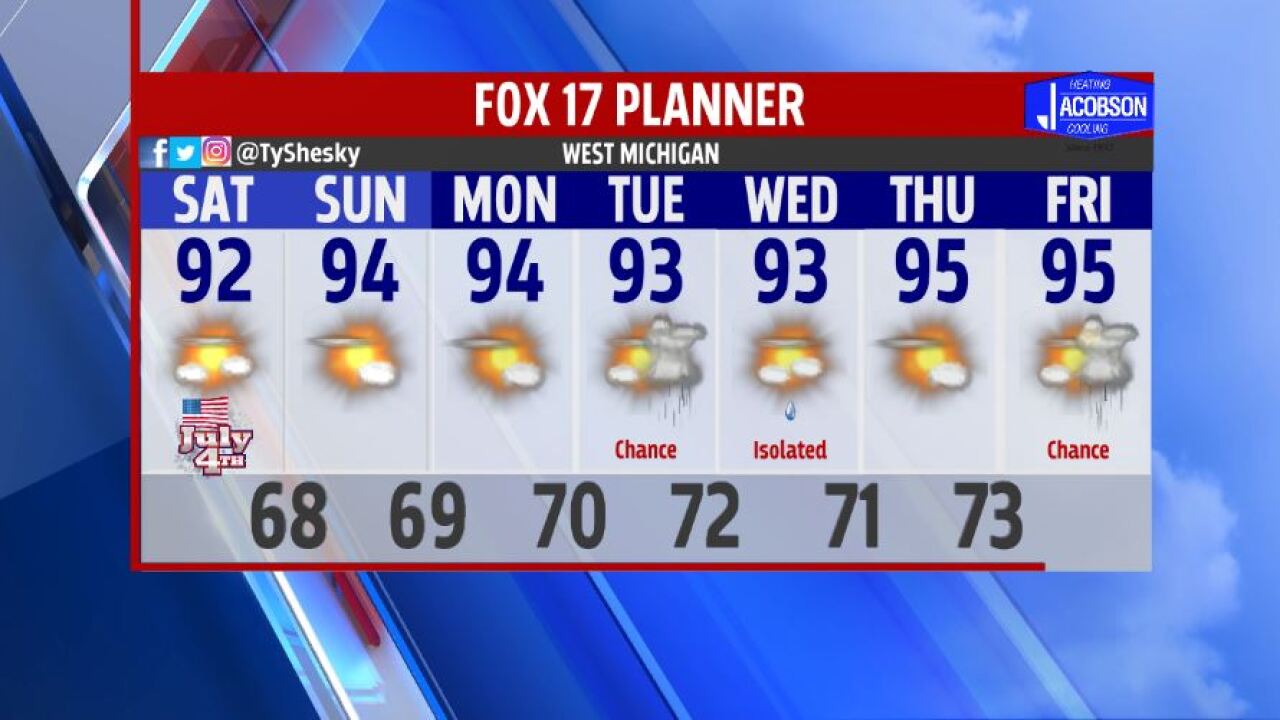 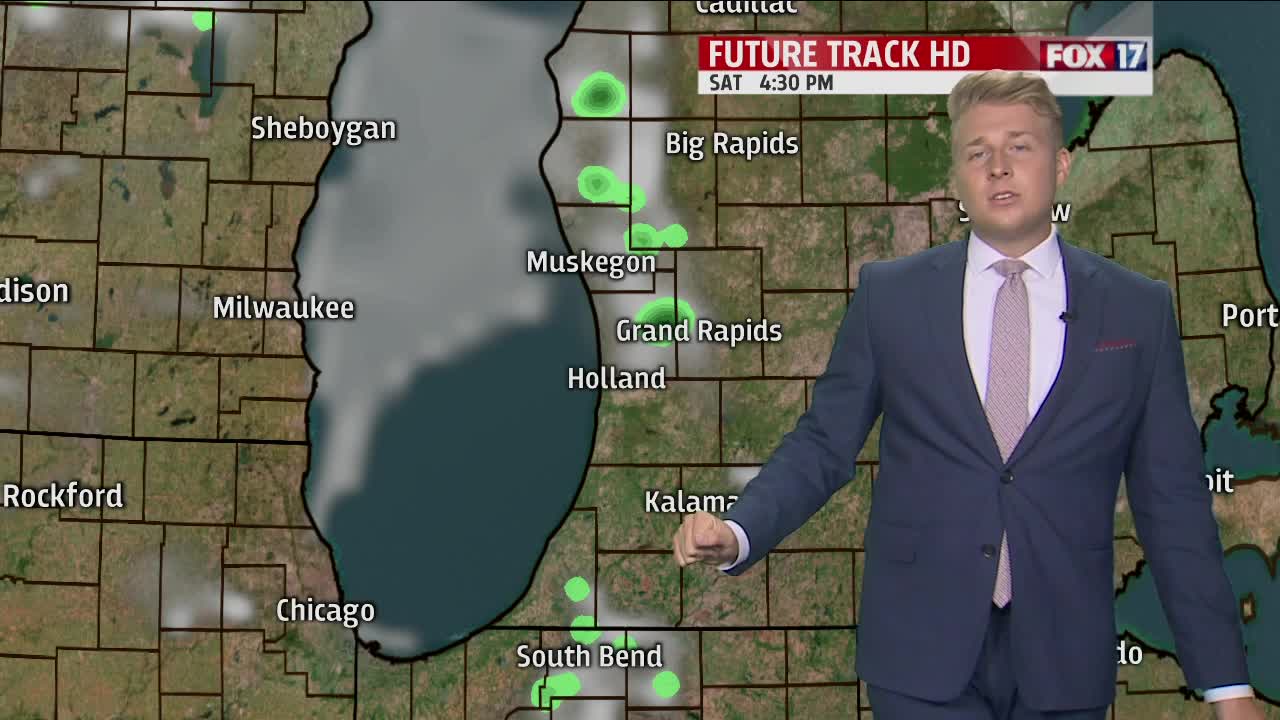 WEST MICHIGAN — The forecast from FOX 17 Meteorologist Erik Kostrzewa: Other than a few extra clouds tomorrow and an isolated shower/t'storm from the lakeshore to US-131, the weather pattern remains essentially unchanged through the holiday weekend with hot and humid conditions persisting. The increase in humidity we felt today will stay with us as well, but rain chances each day will be 10% or less until we get to Tuesday when a better shot at showers and storms moves in.

SUNDAY: Mostly sunny, hot, and humid. Highs in the lower to mid 90s. Southeast wind at 5 to 10 mph becoming west/southwest in the afternoon.

MONDAY: Mostly sunny, hot, and humid. Highs in the lower to middle 90s.