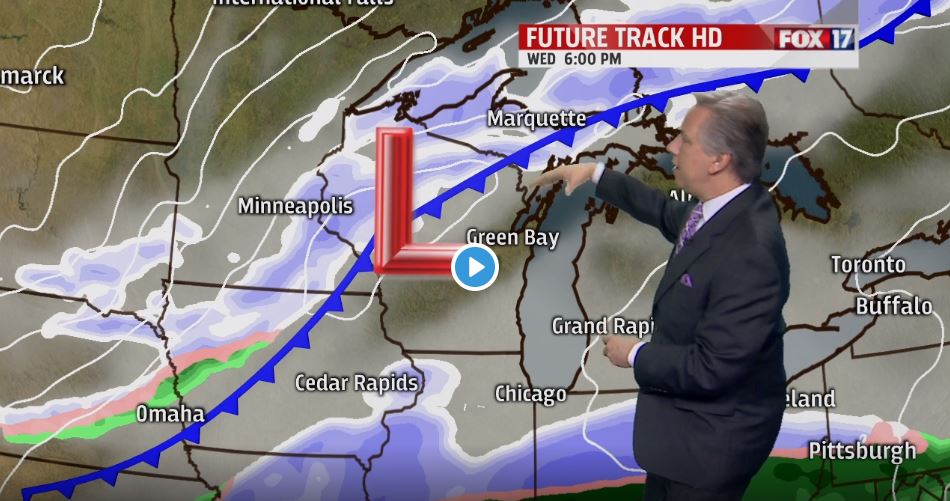 Dry and Quiet the Next Two Days 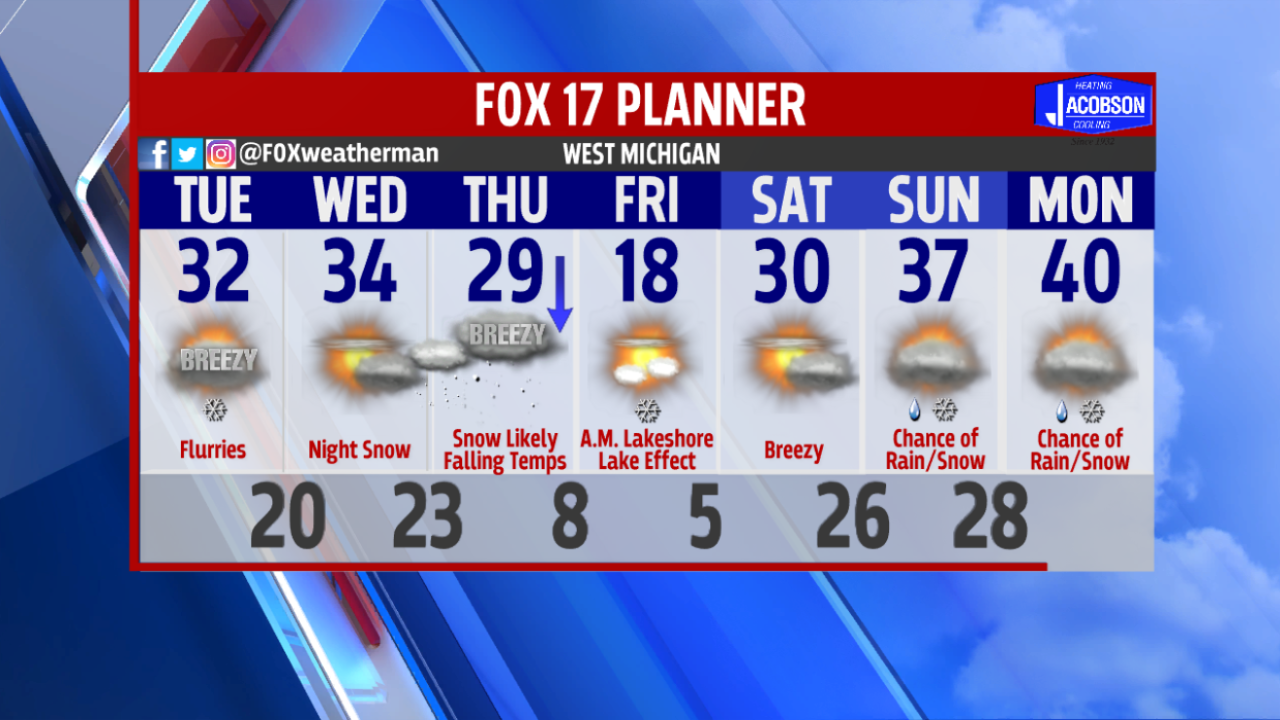 GRAND RAPIDS — The forecast from FOX 17 Chief Meteorologist Kevin Craig: Dry and quiet weather continues Tuesday and Wednesday, but an Arctic front with cold Canadian air arrives Thursday and Friday...the coldest air of the season! That likely comes with accumulating snow and lake effect snow from Wednesday night through Friday morning where several inches may fall along/west of U.S. 131. Make sure to stay up on later forecasts.

TONIGHT: Variably cloudy and cold. Lows in the lower 20s. Winds southwest at 5 to 10 mph.

TOMORROW/TUESDAY: Partly sunny to mostly cloudy and breezy. A few flakes/flurries possible. Highs in the low 30s. Winds west at 10 to 20 mph.

WEDNESDAY: Morning sunshine followed by increasing afternoon clouds. A slight chance of snow -- possibly mixed with drizzle -- late in the day. Highs in the middle 30s. Winds south-southwest at 10 to 15 mph.

THURSDAY: Arctic air arrives! Cloudy, breezy, and cold with falling temperatures and accumulating snow likely. High early in the upper 20s, then falling into the teens by the evening.