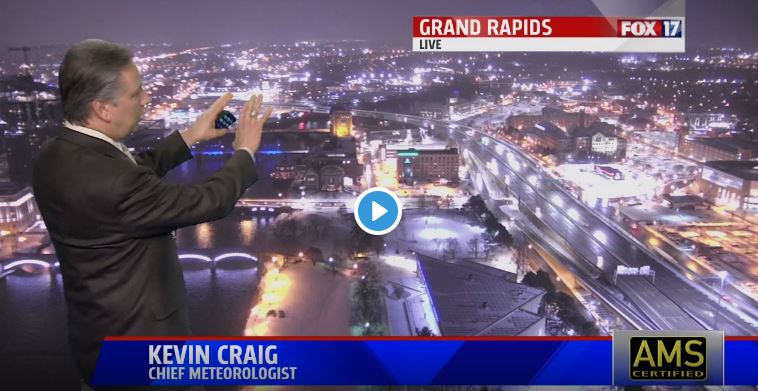 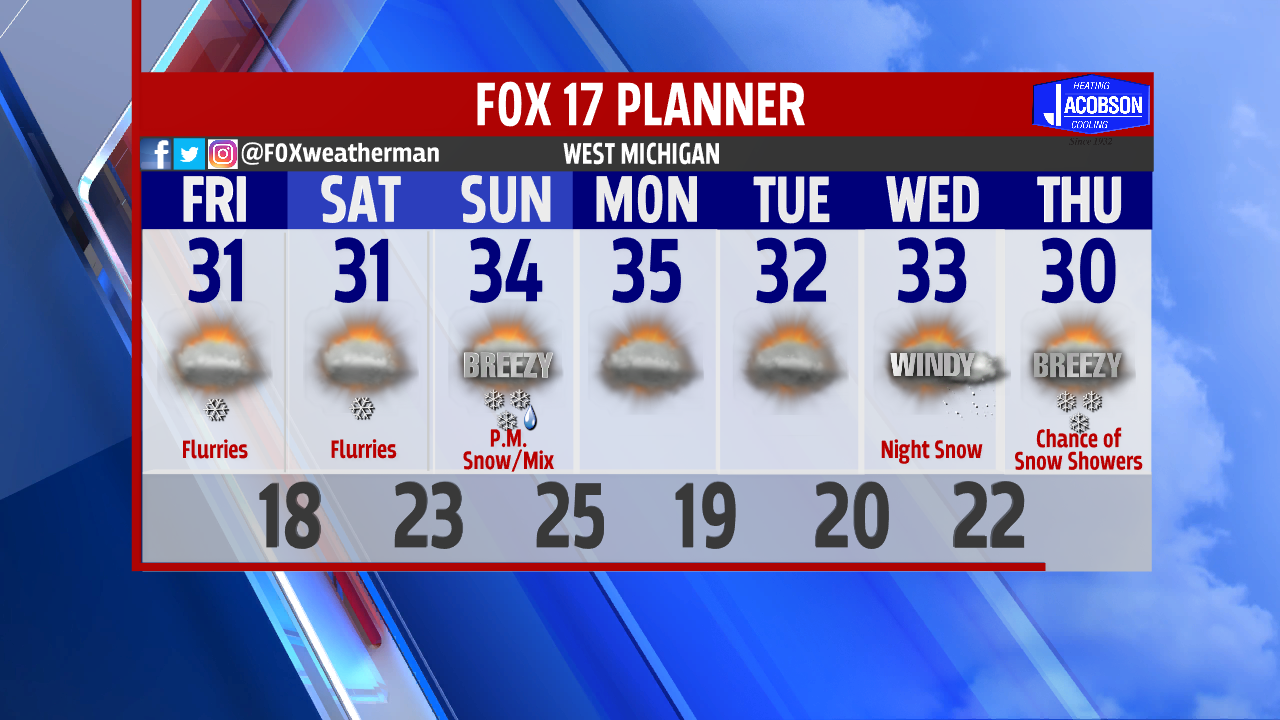 GRAND RAPIDS — The forecast from FOX 17 Chief Meteorologist Kevin Craig: Quiet weather is expected the next two days through Saturday. A fast moving clipper system dropping in from the northwest on Sunday will bring a good chance of snow to the area, possibly mixed with rain in some areas. We're thinking about a 2" to 3" accumulation possible at this time. The overall more seasonable temperatures will remain in place.