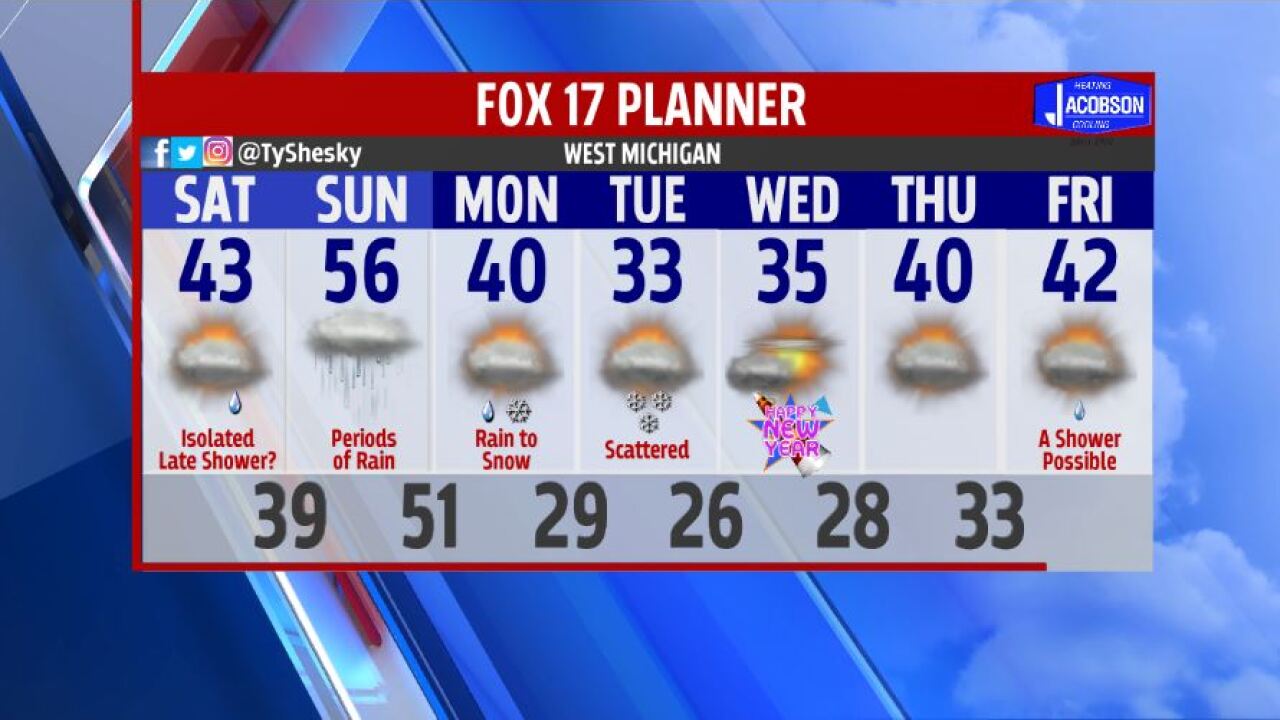 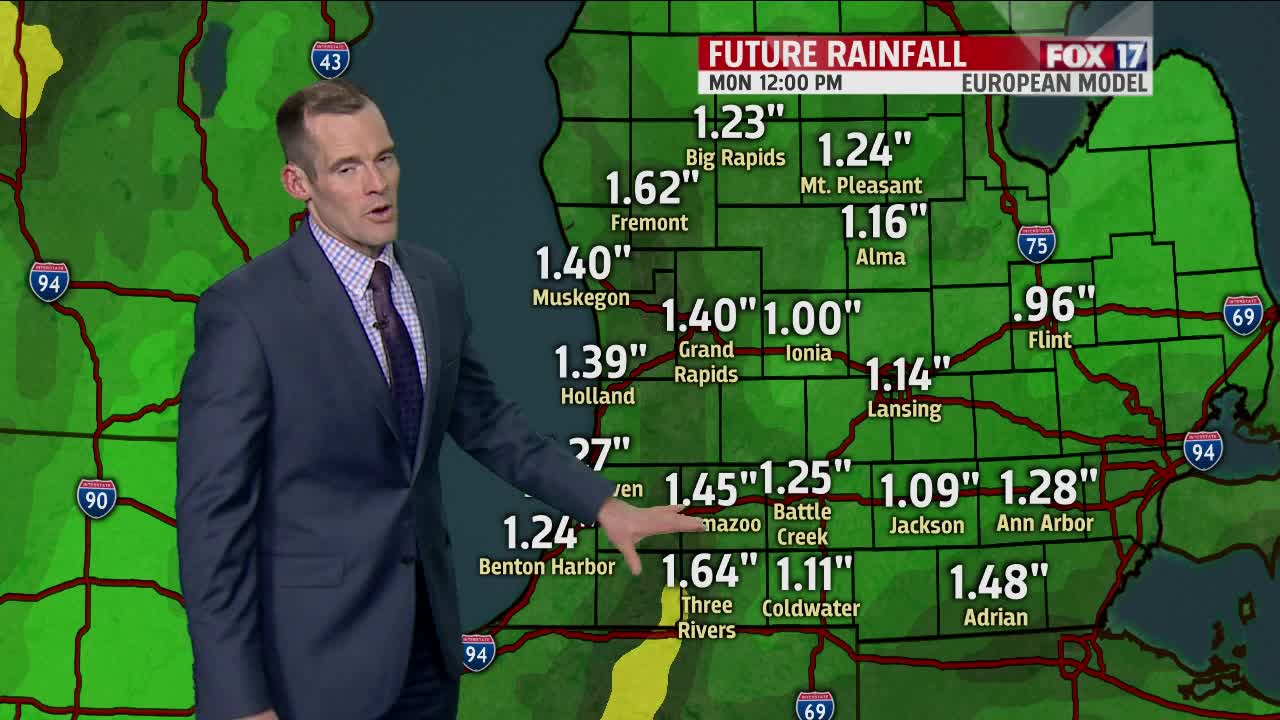 WEST MICHIGAN — The forecast from FOX 17 Meteorologist Ty Shesky: Quiet weather is on tap for the near term as high pressure slides across the area tonight. Rain is likely by the second half of the weekend as a warm area of low pressure moves towards us from the south and west. A shift to snow showers can be expected by early next week. Some accumulation will be possible, especially on New Year's Eve.

TONIGHT: Partly cloudy. Lows in the middle to upper 20s. West wind at 5 to 10 mph becoming light and variable.

TOMORROW NIGHT: Cloudy with scattered showers developing, mainly after midnight. Evening lows in the upper 30s, but temperatures will rise into the lower to middle 40s overnight. East/southeast winds at 10 to 15 mph.

SUNDAY: Cloudy with widespread rain during the morning. Periods of drizzle and light rain still likely during the afternoon. Mild highs in the middle to upper 50s. Southeast winds at 10 to 15 mph subsiding to 5 to 10 mph in the afternoon.