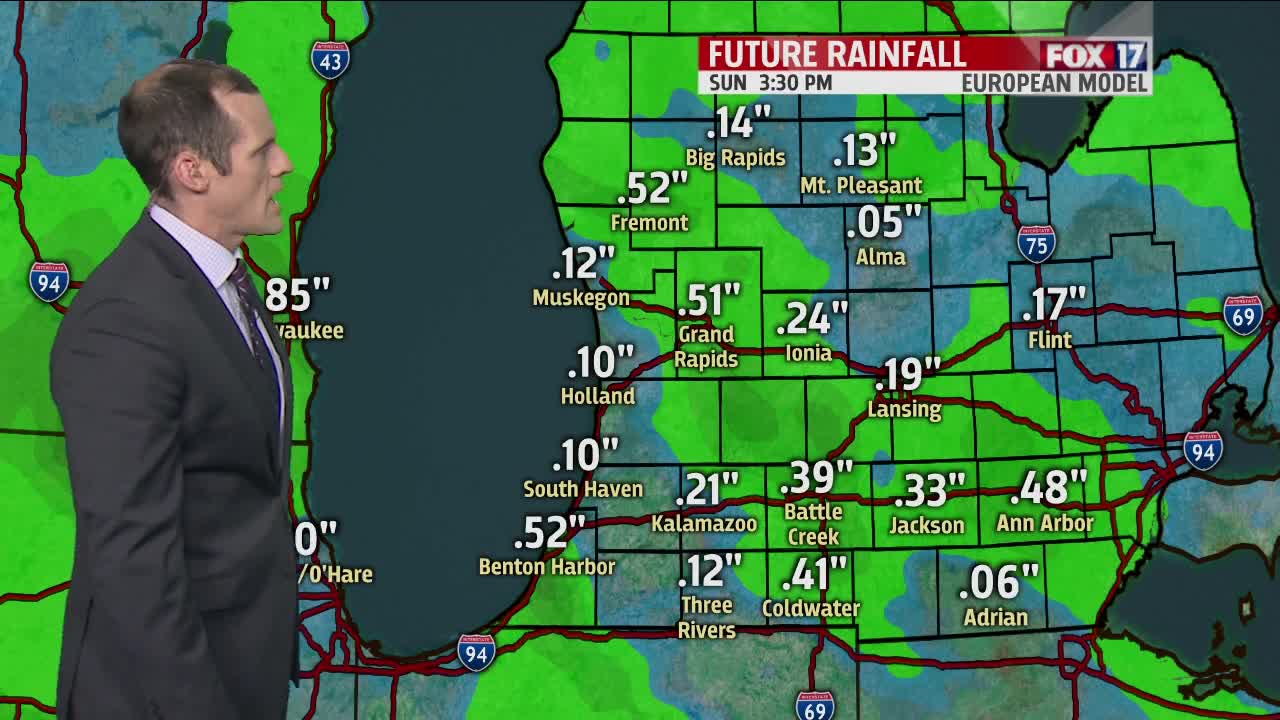 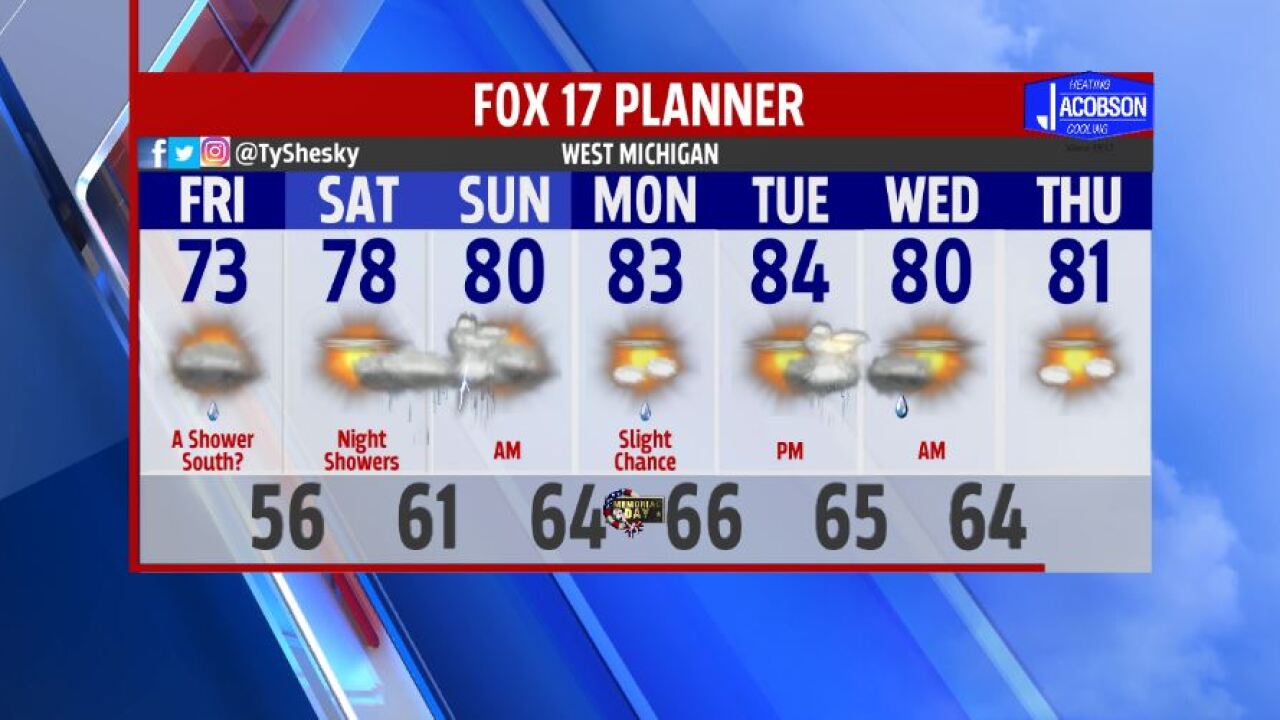 WEST MICHIGAN — The forecast from FOX 17 Meteorologist Ty Shesky: That upper level low pressure system that's been spiraling around to our south over the past few days will migrate northward tomorrow, bringing more clouds and an outside chance of a shower to the area. Another disturbance could bring a few showers and storms to the area late Saturday into Sunday morning, but no heavy rain is expected in the near or long term forecasts. That means any flooding problems shouldn't get any worse.

TOMORROW: Partly to mostly cloudy. A slight chance of a shower, mainly to the south and east of Grand Rapids. Highs in the lower 70s. East/southeast winds at 5 to 10 mph.

SATURDAY: Partly sunny. A chance of showers, with an isolated thundershower also possible, mainly after 5pm. Warmer and a bit more humid. Highs in the upper 70s. Southeast winds at 5 to 15 mph.

SUNDAY: Partly cloudy. A slight chance for a shower, mainly before noon. Highs in the lower 80s.