Tonight's forecast: Scattered snow showers with accumulation in some spots 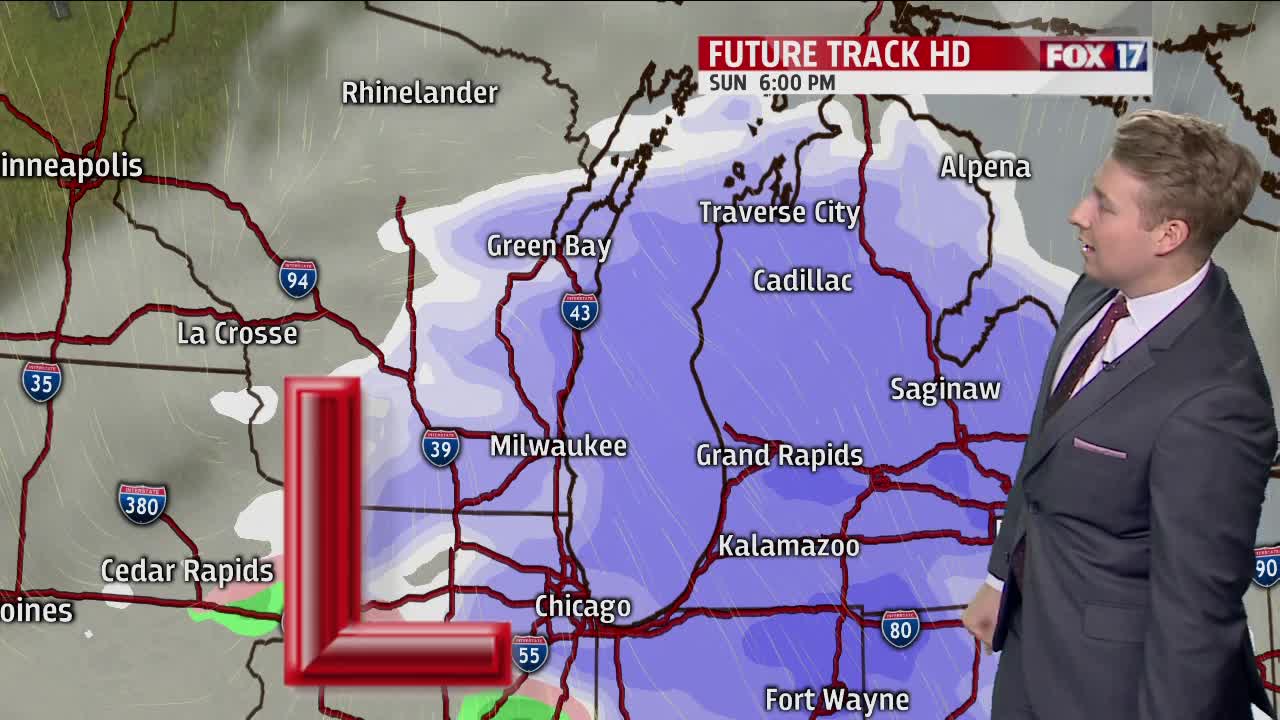 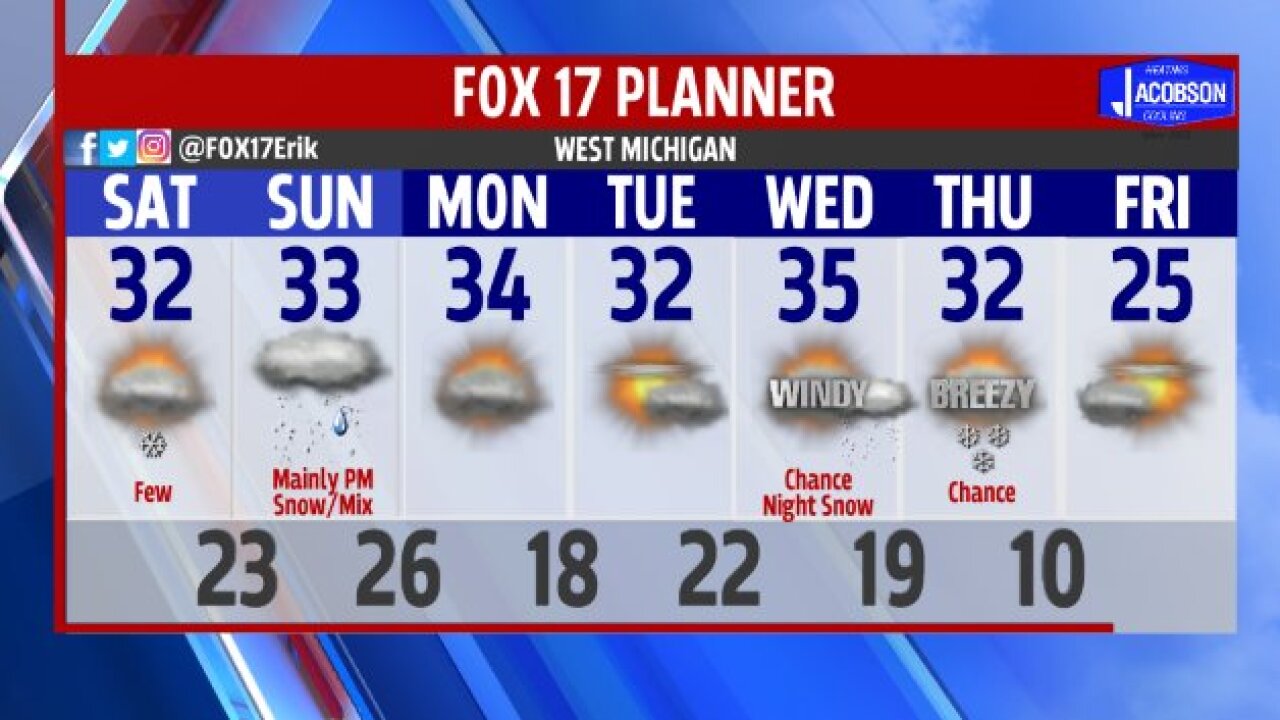 GRAND RAPIDS — The forecast from FOX 17 Meteorologist Erik Kostrzewa: Our forecast models show an area of accumulating snow on the order of 1" to 2" will set up somewhere between I-96 and I-94 tonight. Otherwise, expect accumulations of less than an inch elsewhere across West Michigan. After a fairly quiet day on Saturday with a few flurries, accumulating snow is likely on Sunday as a clipper system moves right across the heart of the Great Lakes region from west to east. Several inches of snow is likely by Monday morning.

TONIGHT: Mostly cloudy with scattered flurries or light snow showers. An inch or less of accumulation in most areas. Lows in the upper teens to around 20. West/northwest wind around 5 mph becoming light and variable.

TOMORROW: Mostly cloudy with a few flurries or a light snow shower possible. Highs in the low 30s. Light and variable wind.

TOMORROW NIGHT: Mostly cloudy with a flurry or two possible. Lows in the lower to middle 20s. Southwest winds at 5 to 10 mph becoming southerly late.

SUNDAY: Snow developing, mainly during the afternoon. Accumulations of about 2" to 3" expected. Highs in the low/mid 30s. Breezy with south to southeast winds at 10 to 15 mph.