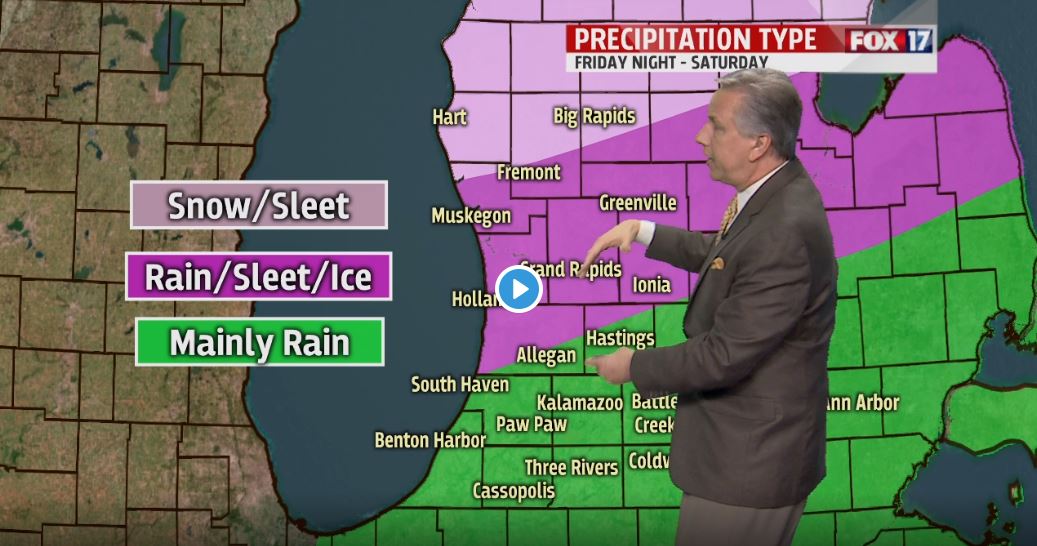 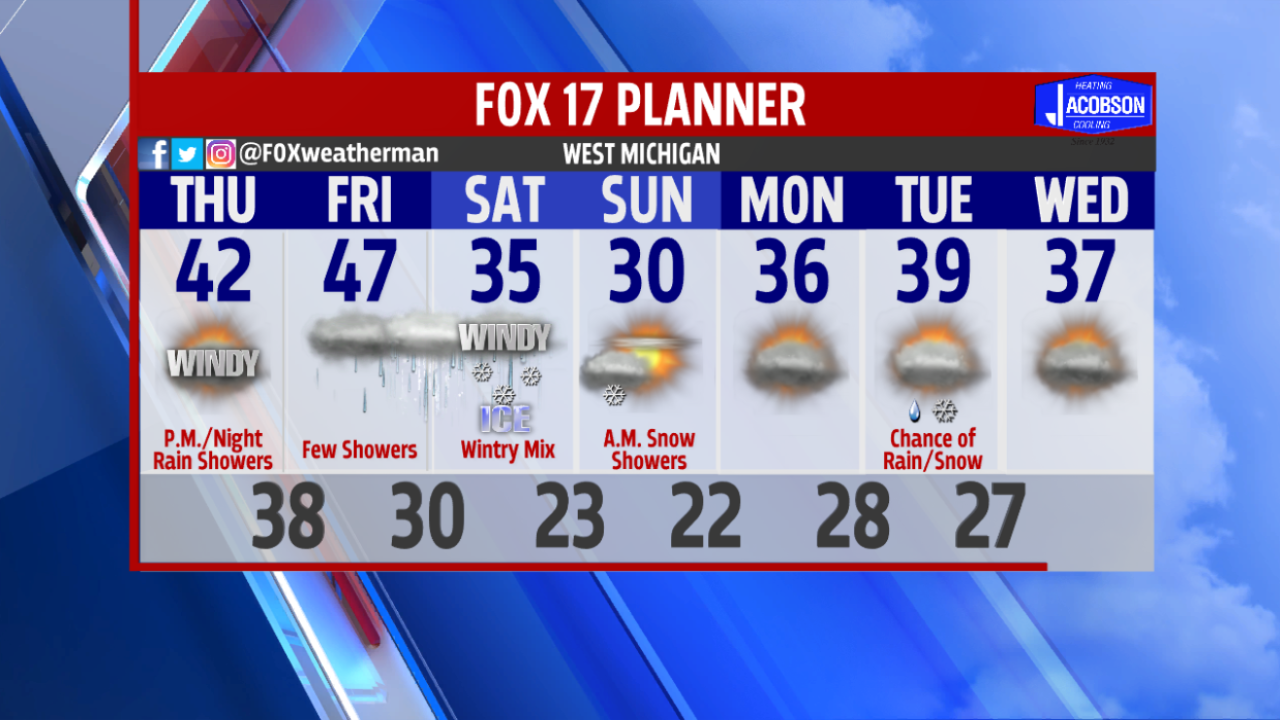 GRAND RAPIDS — The forecast from FOX 17 Chief Meteorologist Kevin Craig: Low pressure passing to our north Thursday afternoon and Friday morning will bring some showers to the area. Another, stronger low will move up through the Ohio River Valley Friday night into Saturday, with colder air and much heavier precipitation. Depending on the exact track this low takes, we could be looking at hazardous driving conditions on Saturday with a mix of rain, freezing rain, sleet, and snow across the area. At this time, we believe 2" to 4" of rain is possible from Grand Rapids southward, with an eventual changeover to freezing rain/sleet into Saturday morning north of I-94 to just north of I-96. Mainly snow is likely further north across Oceana, Newaygo, and Mecosta Counties.

TONIGHT: Partly cloudy to mostly cloudy and cold. Early overnight lows in the upper teens to around 20, with temperatures slowly rising after midnight. Winds ramp up too from the southeast at 10 to 20 mph.

TOMORROW NIGHT: A chance of showers, possibly mixed with snow showers early. Lows in the upper 30s. South winds at 10 to 20 mph subsiding to 5 to 15 mph and switching to the southwest late.