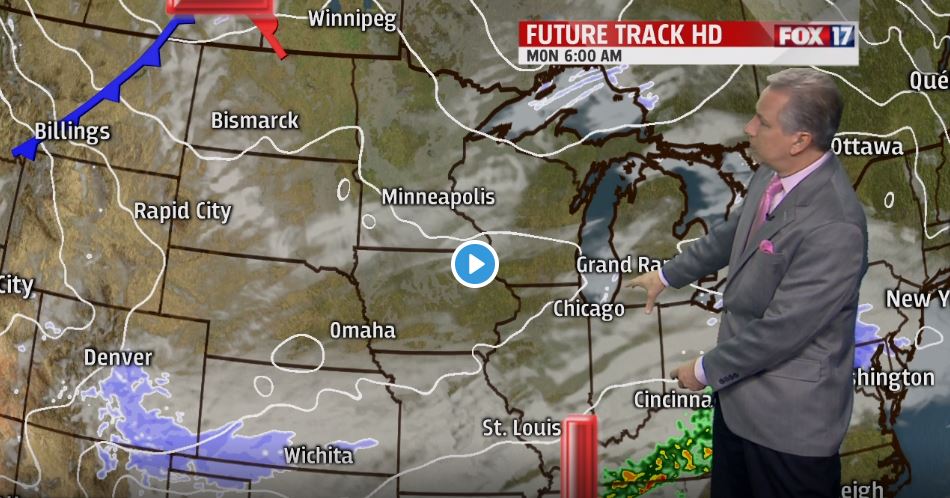 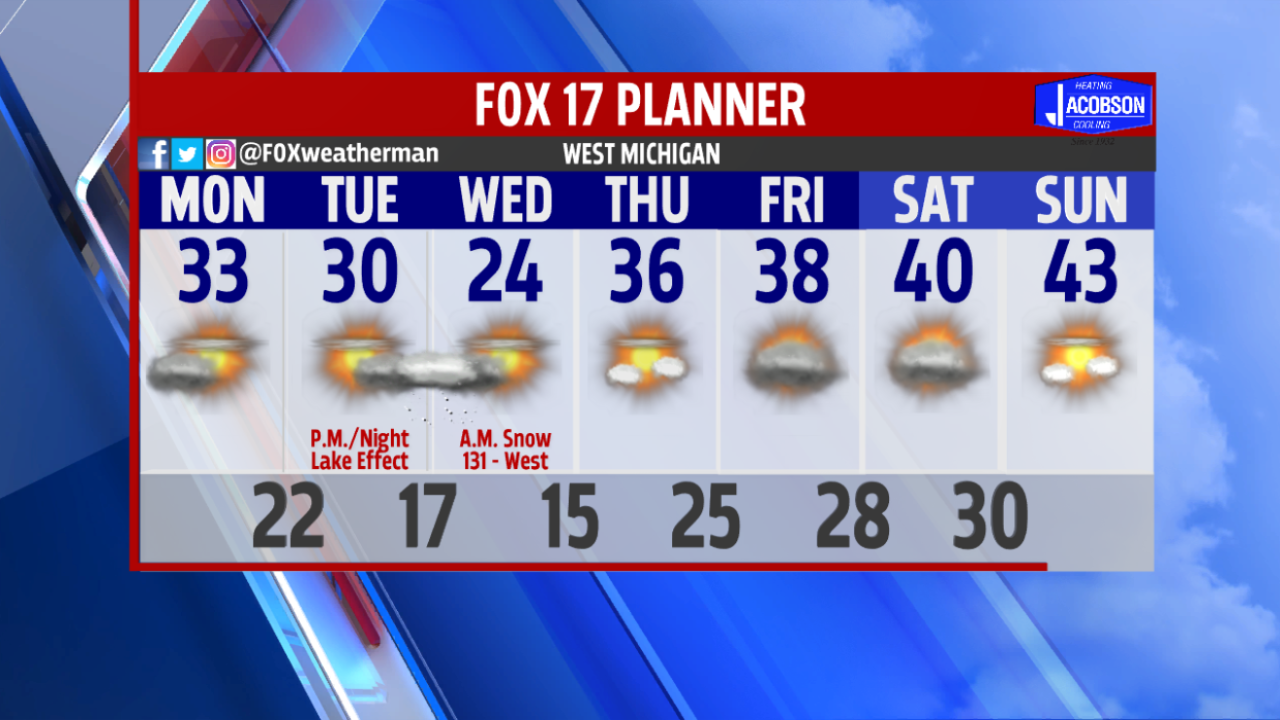 WEST MICHIGAN — The forecast from FOX 17 Chief Meteorologist Kevin Craig: Most of Monday and Tuesday should be dry and quiet, but a glancing blow of Arctic air punches in Tuesday evening/night and should create some lake effect snow showers, especially along/west of U.S. 131. After the briefly colder temperatures and lake effect snow chances, we expect a gradual warm up toward 40 degrees by the end of the week. If we don't see appreciable snow before this weekend, we may not have a white Christmas as our chances will be limited.
TONIGHT: Mostly cloudy. Chance of light snow showers/flurries, especially south of Grand Rapids. A dusting to less than an inch is possible. Lows in the low/mid 20s. Winds south/southeast light.
MONDAY: Partly sunny. Mainly dry and quiet, except for some light snow showers/flurries across our southern counties in the morning. Highs in the low/mid 30s. Winds southeast/northwest at 5 to 10 mph.
TUESDAY: Partly sunny. Chance of P.M. and night lake effect snow showers developing, mainly along/west of U.S. 131. Highs in the upper 20s to near 30. Winds west at 10 to 15 mph.
WEDNESDAY: Morning clouds with lake effect snow showers. Some afternoon sunshine is possible, especially inland. Highs in the mid 20s.