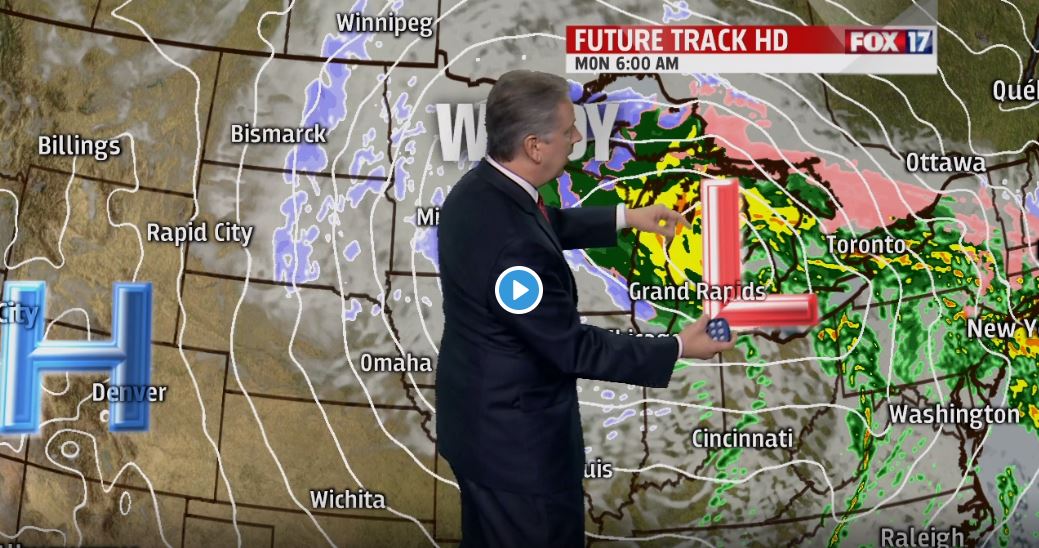 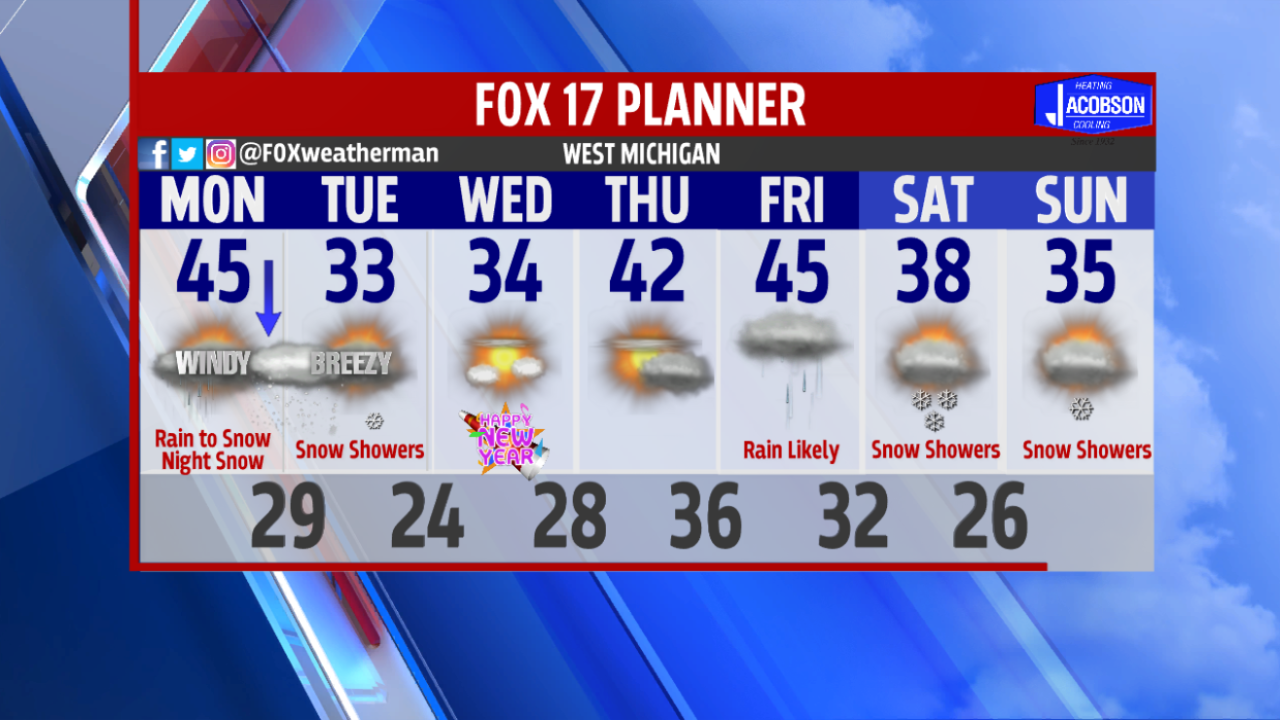 GRAND RAPIDS — The forecast from FOX 17 Chief Meteorologist Kevin Craig: A powerful, and big winter storm across the Northern Plains and Upper Midwest will impact Michigan on Monday and Tuesday. WINTER WEATHER ADVISORIES are in effect for our area from 4 A.M. Monday through 7 P.M. Tuesday. We are expecting about 3" to 6" of snow Monday night into the Tuesday A.M. commute...especially along/west of U.S. 131, with lesser amounts further east. Temperatures will fall throughout the day on Monday, and highs on Tuesday will only make the low/mid 30s. Wind will also be an issue with scattered power outages possible, and beach/dune/bluff erosion at the immediate lakeshore with waves around 6 to 10 feet. Wednesday and Thursday look to be more on the quiet side. Please be safe!

OVERNIGHT: Evening clouds/fog/drizzle, but steady to moderate rain develops overnight. Another 1" to 2" possible with minor flooding and ponding on roadways. Areas of dense fog. Lows in the mid/upper 40s. Winds southeast/southwest at 5 to 15 mph.

TOMORROW/MONDAY: Cloudy with morning rain showers, mixing with and changing to snow showers by late morning/afternoon. Our warmest temperatures will occur at midnight in the upper 40s/low 50s, then fall to the mid 40s by daybreak. Temperatures continue to fall throughout the day into the 30s. Windy too. Winds southwest at 15 to 25 mph, with gusts to 40/45 mph.

TUESDAY/NEW YEAR'S EVE: Morning snow tapers to flurries through the afternoon. Another inch or so possible. Breezy and cold. Highs only in the low/mid 30s. Wind chills in the upper teens/lower 20s. Winds west at 10 to 20 mph.