Tonight's Forecast: Clear to partly cloudy, not nearly as cool

Tracking a warmer pattern in the days ahead 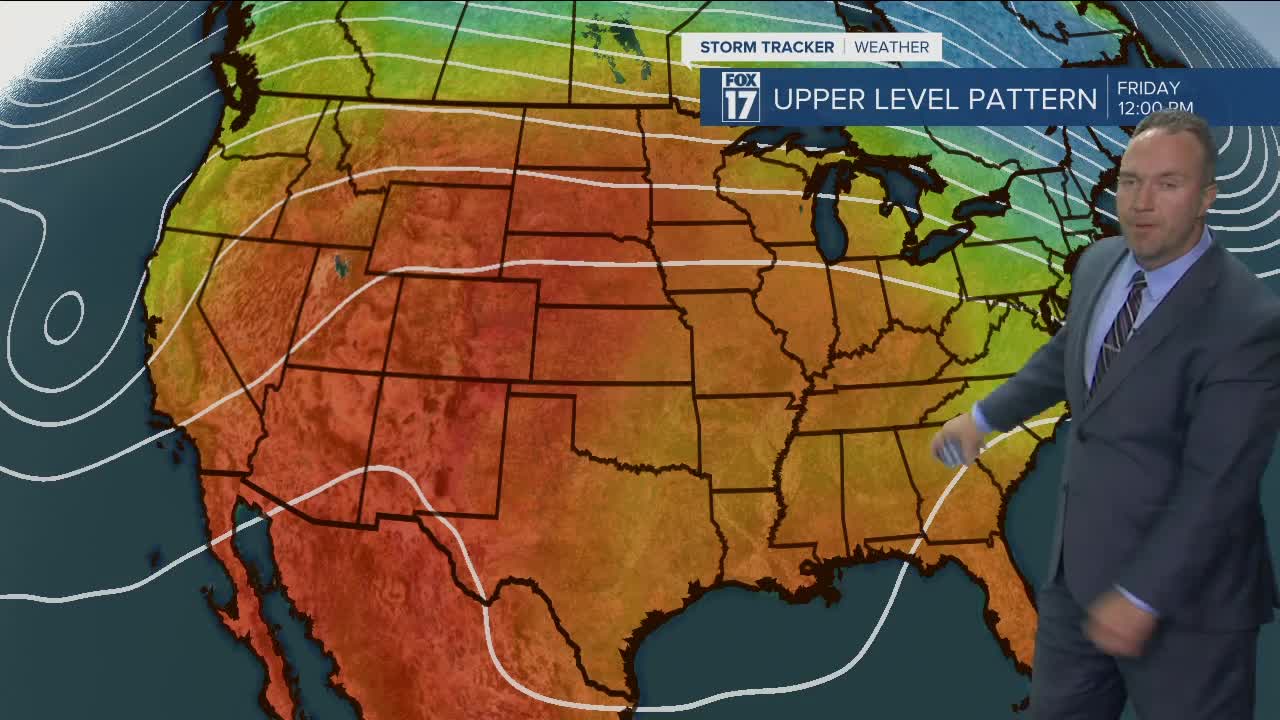 Much warmer weather in the 7-day 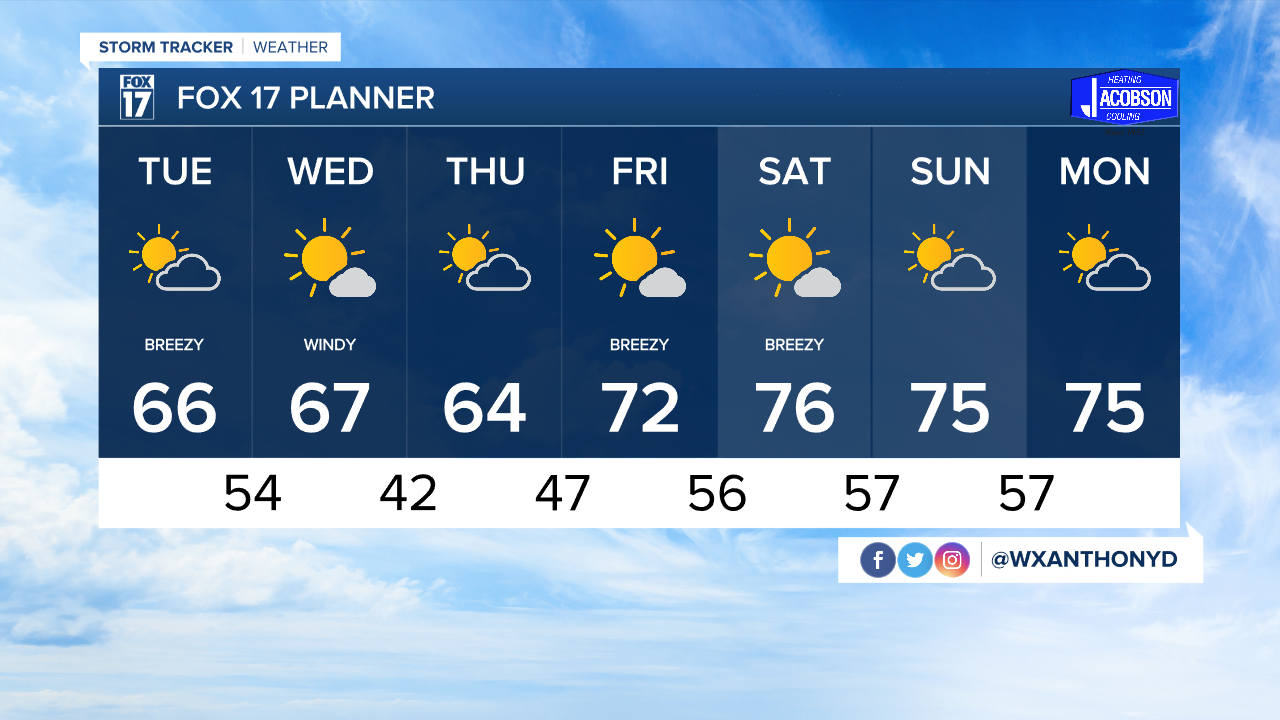 WEST MICHIGAN — The forecast from FOX 17 Meteorologist Anthony Domol... A cool night ahead but it will not be nearly as cold as last night when we hit 32 degrees in Grand Rapids! We look to bottom out in the upper 40s overnight tonight. This week will feature warmer temperatures and generally dry conditions. A very slim chance remains for a sprinkle or a brief light shower early tomorrow morning and again later tomorrow evening into early Wednesday morning as a couple of clipper-like disturbances pass off to our north. The best sprinkle/shower chances at that time will likely remain across our extreme northern counties and northward from there. Temperatures will mainly be in the 60s this week, with 70s likely by the weekend. Enjoy the tranquil Fall weather.

TONIGHT: Becoming partly cloudy, not as cold. Lows in the mid/upper 40s. Winds southwest at 10 to 15 mph.

TOMORROW/TUESDAY: Partly cloudy to mostly sunny, breezy, and warmer. Highs in the middle 60s. Winds west-southwest at 10 to 20 mph, gusting to 25+ mph at times.

WEDNESDAY: Partly cloudy to mostly sunny and windy. Highs in the middle 60s. West-northwest winds at 15-25 mph, gusting as high as 35+ mph at times.