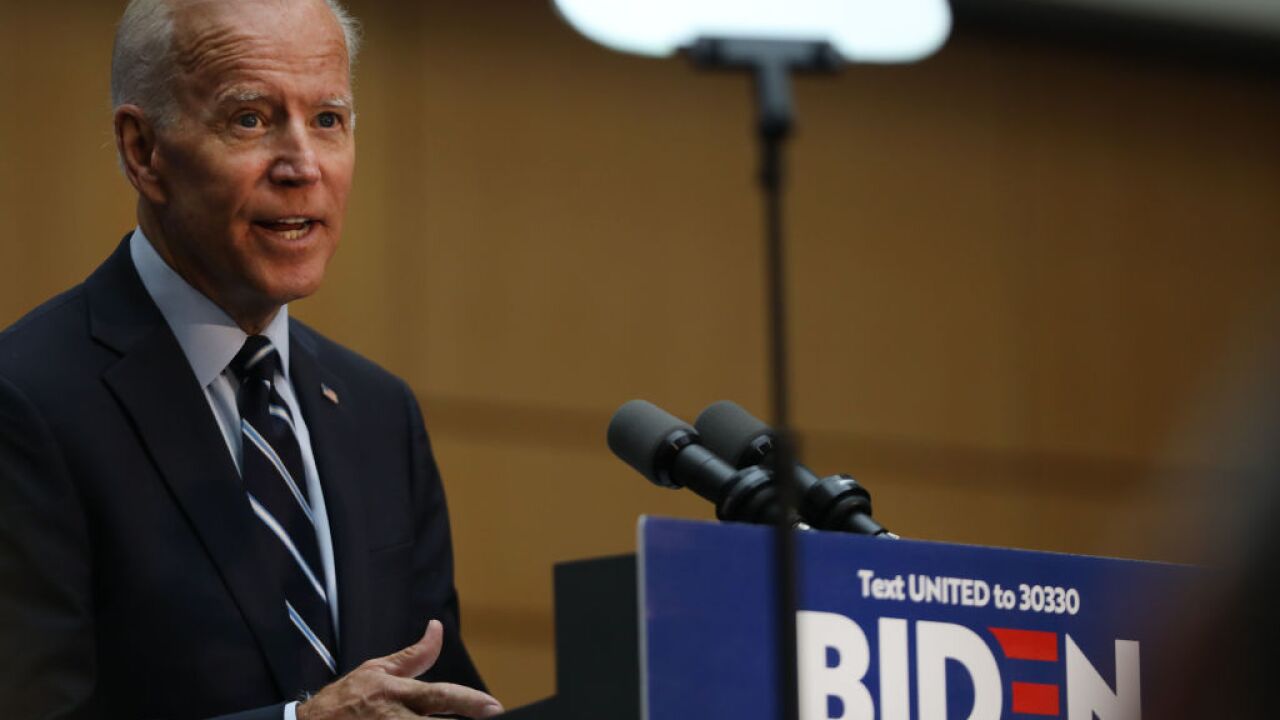 NEW YORK, NEW YORK – JULY 11: Democratic presidential candidate, former Vice President Joe Biden gives a speech on his foreign policy plan on July 11, 2019 in New York City. Biden, who is running for the 2020 Democratic party presidential nomination, spoke about his foreign policy experience and a vision that sees the world in contrast to the policies of President Donald Trump. (Photo by Spencer Platt/Getty Images)

Biden went to at Cherry Health’s nonprofit clinic downtown. The clinic relies heavily on federal funding, something Biden has promised to provide more of if he is elected president.

“Under my (administration) you’re always gonna have a partner in the White House, who is never never never gonna undermine Medicaid,” Biden said. “I’ll restore Obamacare — all the cuts and add a public option. A Medicare-like option for those who want it.”

In a brief address, Biden talked about the importance of facilities like the one he was at.

“Places like this are essential. Essential to the life of the community as a whole,” Biden said. “It’s not just really taking care of the health; it’s about raising up the notion of who we are and what the neighborhood’s like — who the people are.”

Michigan Gov. Gretchen Whitmer was with Biden during his stop in Grand Rapids. She and Lt. Gov. Garlin Gilchrist have both publicly endorsed Biden for president and Whitmer has been one of several people mentioned as a possible running mate.