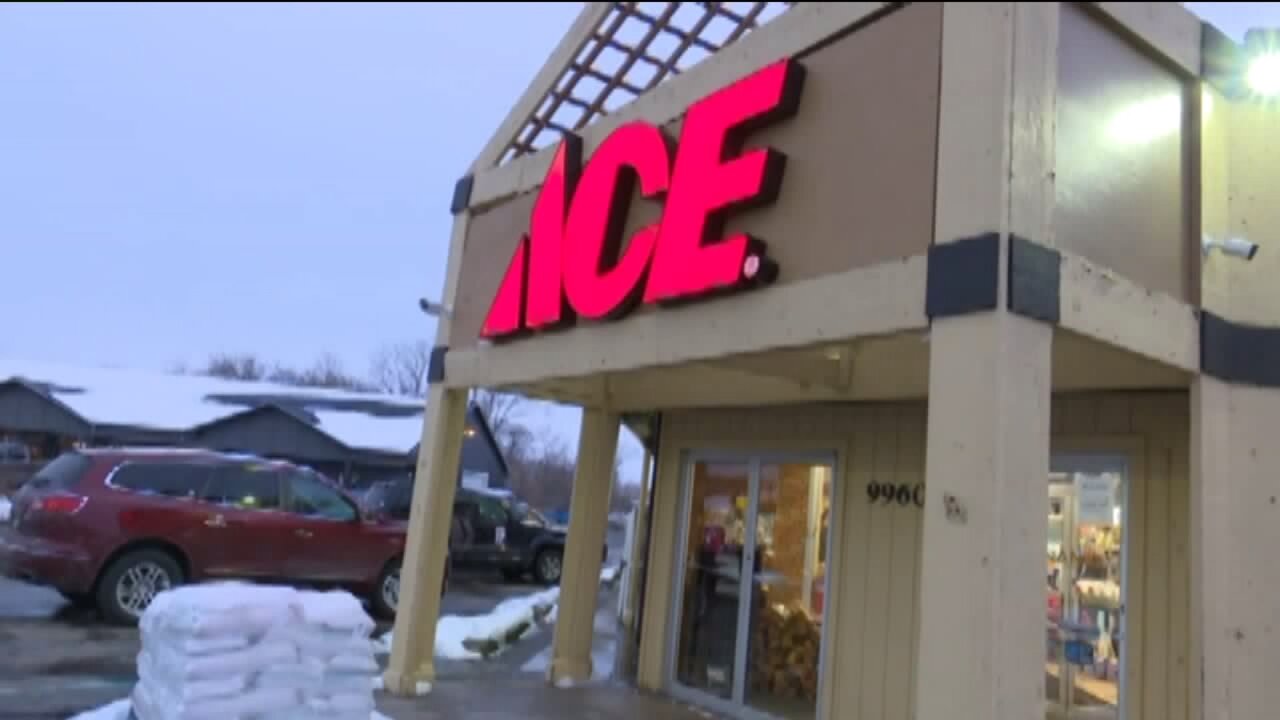 CALEDONIA, Mich. — Employees at Ace Hardware received a surprise visitor Monday when a man crashed his car into the side of the store.

Deputies arrived on scene shortly after the incident to investigate, discovering that an older man had been behind the wheel. We're told the driver claimed his foot had slipped on the gas pedal.

"At first it sounded like some shovels knocked over," employee Aiden Bluhm said. "It actually wasn't that loud; it was kind of subtle. No one actually thought anything of it until you went over there ... and it caught us off-guard.

"I talked to him for a second -- he didn't really feel like talking. He was a little unnerved, he felt embarrassed."

Deputies have not released the man's identity.

Ace Hardware says it is hoping to have the damage caused by the crash taken care of by sometime early next week.