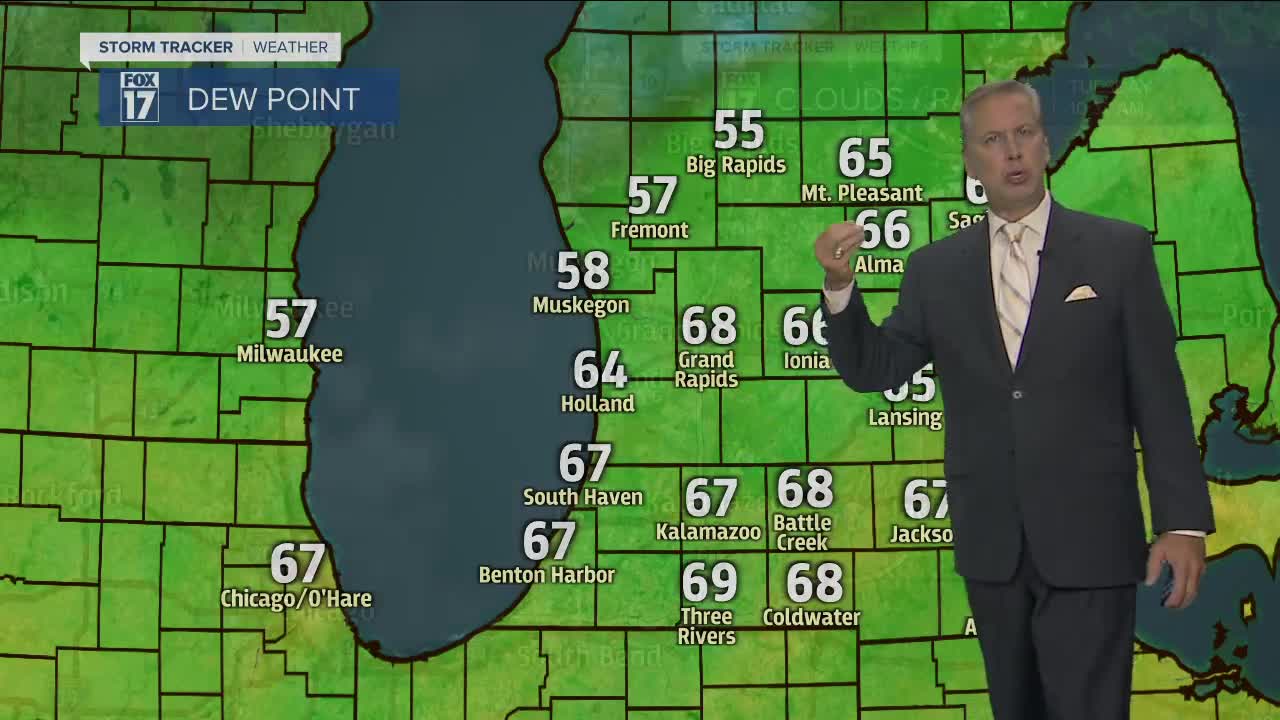 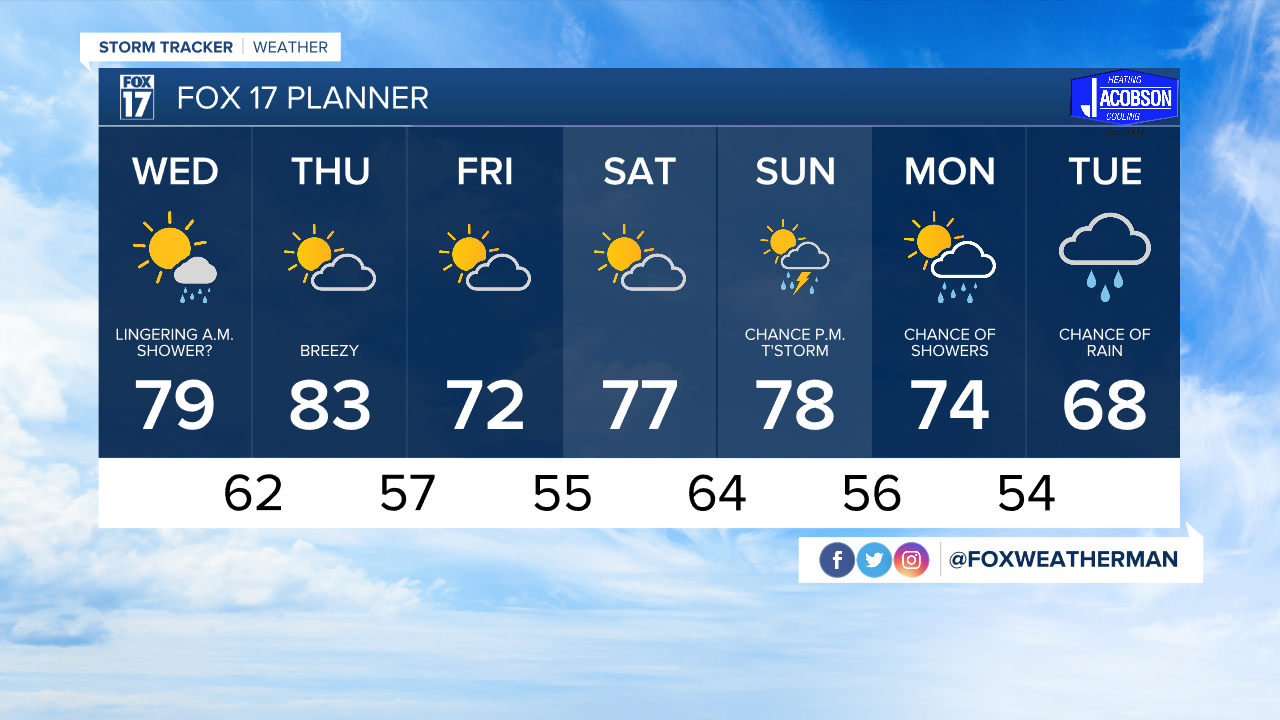 GRAND RAPIDS — The forecast from FOX 17 Chief Meteorologist Kevin Craig: Expect a few lingering showers or sprinkles overnight, perhaps a thundershower. Wednesday afternoon and Thursday look quiet and sunny weather-wise, but a cold front sliding through on Thursday afternoon will leave us breezy and much cooler for Friday. We expect small craft advisories and a high beach hazard risk for Thursday on Lake Michigan with waves running about 4 to 6 feet.

TONIGHT: Mostly cloudy with a chance of a few light showers or sprinkles. Lows in the low/middle 60s. Light south/southwest wind.

TOMORROW: A chance of a few lingering morning showers or sprinkles...mainly from Grand Rapids to the south and east, otherwise becoming partly cloudy in the afternoon. Highs in the upper 70s to around 80°. West winds at 10 to 15 mph becoming northwest in the afternoon.

THURSDAY: Partly cloudy and breezy. Highs in the low/middle 80s. Southwest/west winds at 12 to 24 mph.