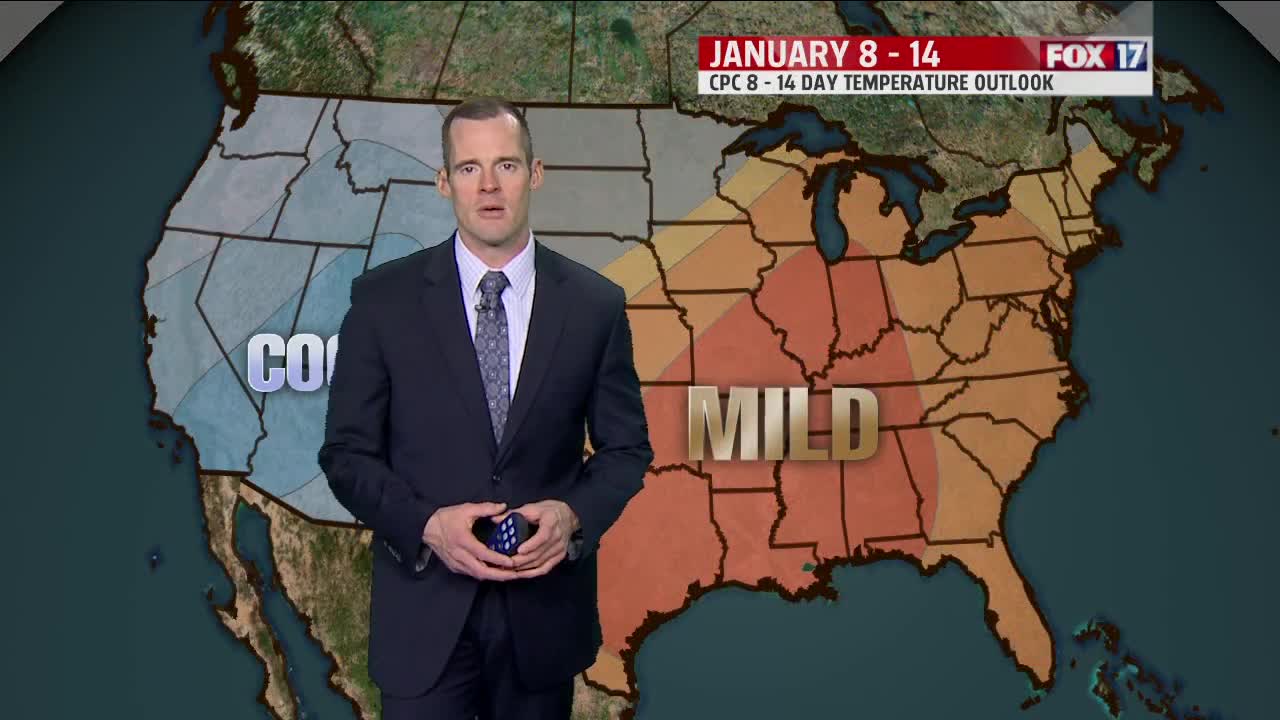 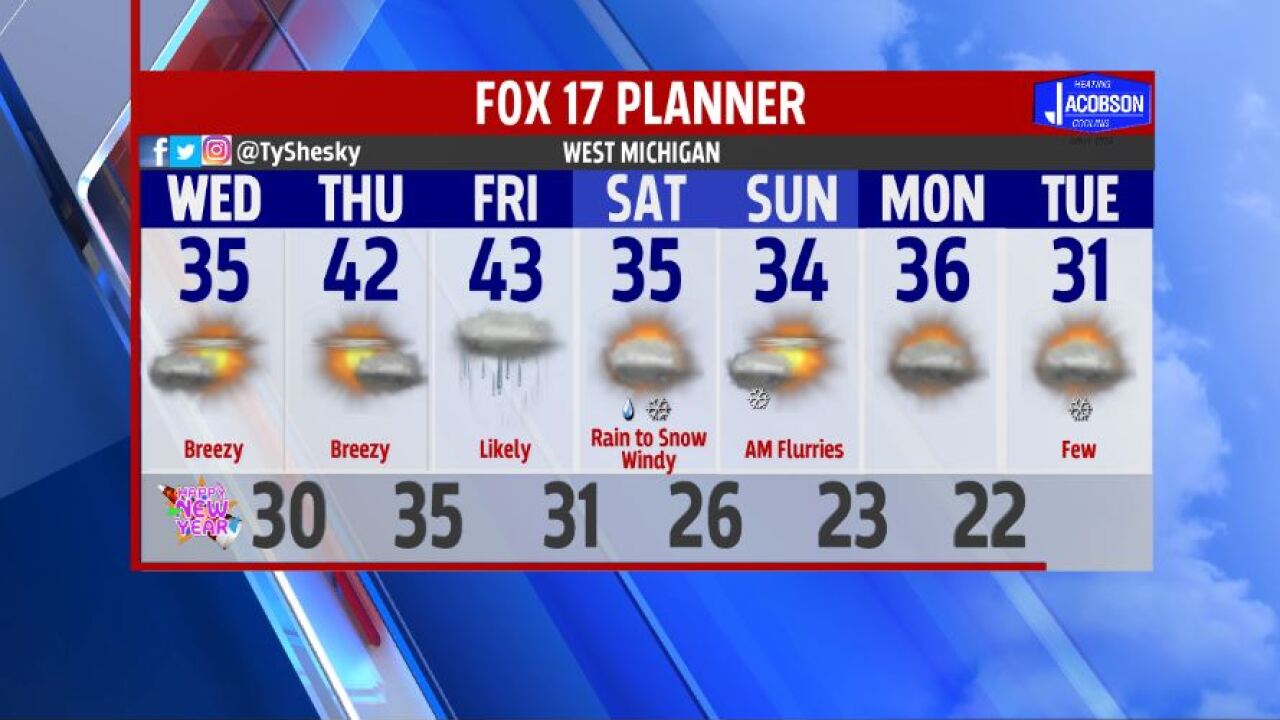 GRAND RAPIDS — The forecast from FOX 17 Meteorologist Ty Shesky: One might think this snowy system is an indicator of a shift toward a much colder and snowier pattern. Not the case, folks! Our next system arrives late night Thursday into Friday but by that time much milder air will be back in place. Expect rain showers on Friday helping to melt our snowpack away fairly quickly. Colder air arrives on Saturday and a switch to snow showers will be possible.

THURSDAY: Morning sunshine, increasing P.M. clouds and breezy. Warmer with highs in the lower 40s. South/southwest winds at 10 to 15 mph.

SATURDAY: Rain transitioning to snow with gusty winds. Highs in the upper 30s.