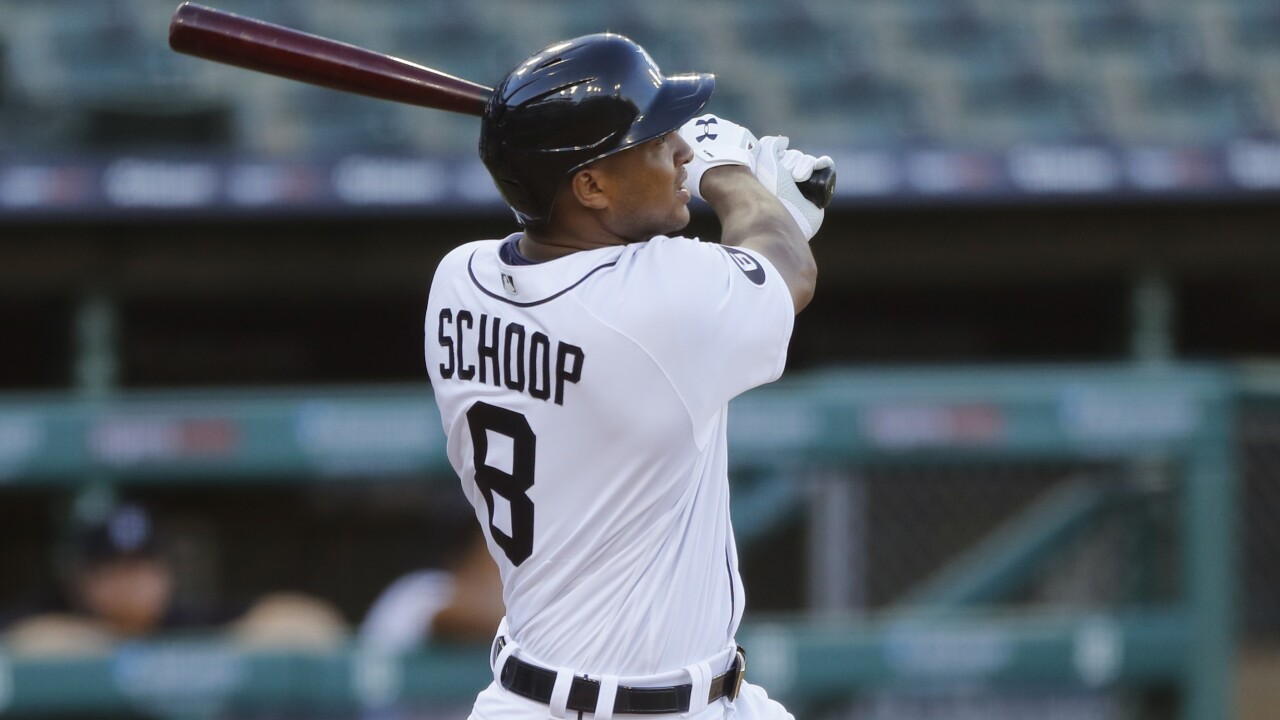 Copyright 2020 The Associated Press. All rights reserved.
Carlos Osorio/AP
Detroit Tigers' Jonathan Schoop follows through on his two-run home run during the third inning of a baseball game against the Kansas City Royals, Tuesday, July 28, 2020, in Detroit. (AP Photo/Carlos Osorio) 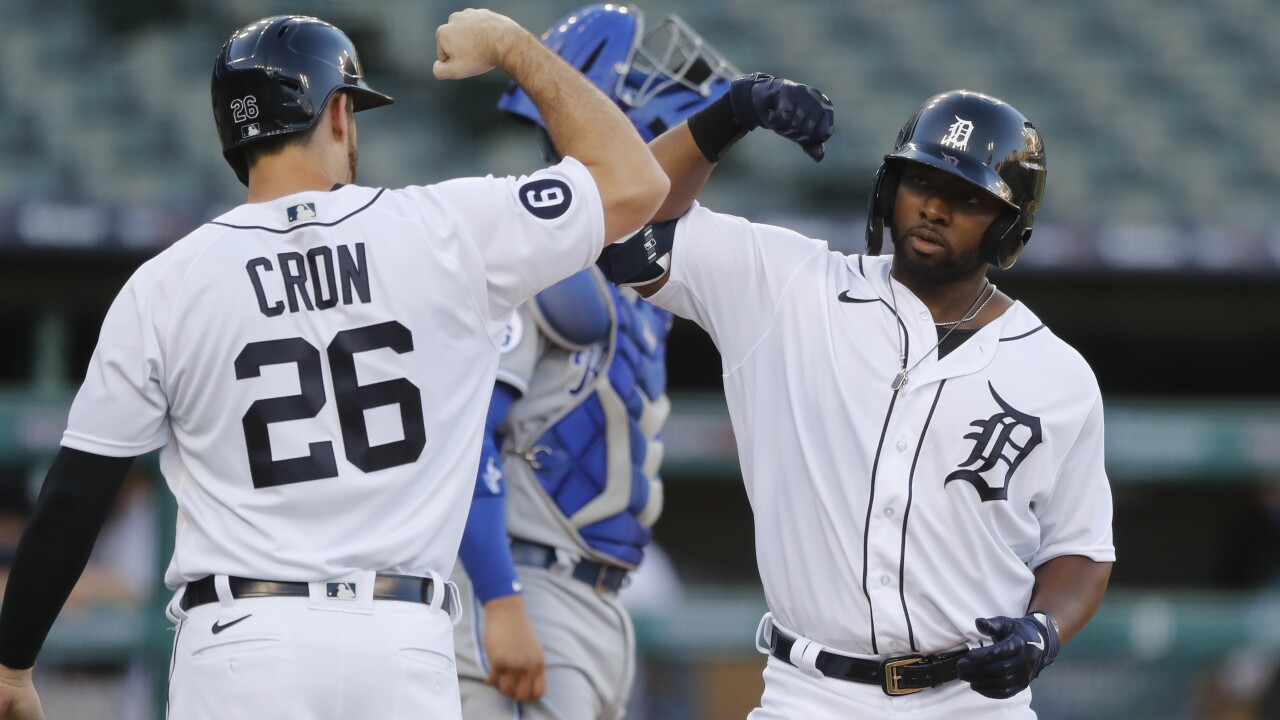 DETROIT -- Jonathan Schoop and Christin Stewart each hit a two-run homer in the third inning to lift the Detroit Tigers to a 4-3 victory over the Kansas City Royals on Tuesday night.

Whit Merrifield hit a three-run shot in the top of the third for Kansas City, but the Tigers answered quickly and held on from there. Tyler Alexander (1-0) and four other relievers kept the Royals scoreless for the final six innings, with Joe Jimenez pitching the ninth for his third save.

There were a pair of blunders in the ninth on the same play when Detroit first baseman C.J. Cron dropped a popup hit by Adalberto Mondesi, but Mondesi rounded first too far and was thrown out before he could get back to the bag.

Rony Garcia worked the first three innings for Detroit in his major league debut. The 22-year-old right-hander looked sharp until the third. That's when Brett Phillips hit a grounder that bounced off Cron for an error -- and after Garcia retrieved the ball, his throw to first sailed past for another error.

That play left runners on second and third with one out, and Merrifield followed with a drive to left that made it 3-0. Garcia recovered to strike out his final two hitters.

Tigers manager Ron Gardenhire wouldn't say much about the progress of top pitching prospect Casey Mize, who was left off the active roster for the start of the season. Mize was the top pick in the 2018 amateur draft, and Detroit fans are eagerly anticipating his big league debut -- whenever it happens.

"He's fine. He's doing great," Gardenhire said when asked about Mize before Tuesday's game. "Not allowed to talk about him. I get in trouble every time I do."

Royals: LHP Foster Griffin (strained left forearm) was put on the injured list after getting the win in his big league debut Monday night. LHP Mike Montgomery (strained lat) went on the IL as well. He was the starter Monday. Kansas City recalled OF Nick Heath and RHP Jake Newberry.

Tigers: Gardenhire said RHP Dario Agrazal will likely stop throwing for a few days after missing a scheduled start Tuesday with a forearm strain. "I don't think there was a tear or anything like that. It's just a strain," Gardenhire said.