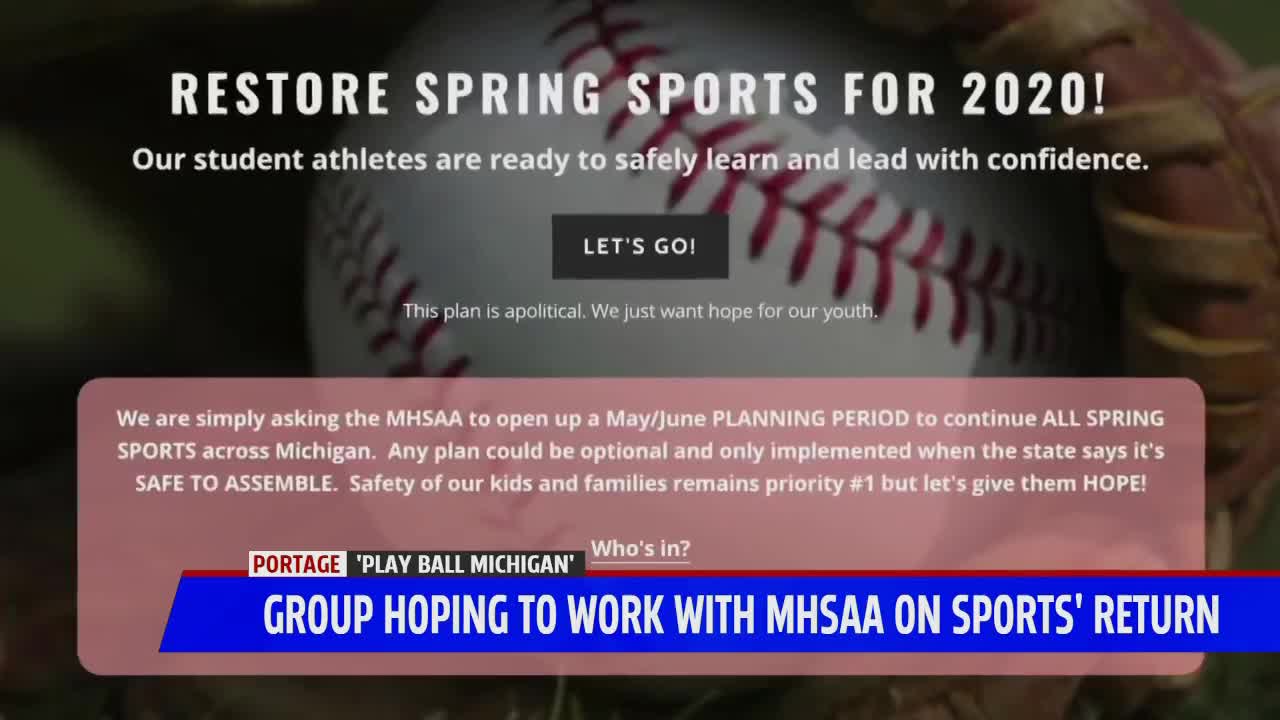 PORTAGE, Mich. — It has been a month since the Michigan High School Athletic Association accounced the cancellation of all remaining winter and spring sports. Now, a group from Portage Northern is hoping to get at least a portion of the spring season back.

"When we were told we weren't going to have a spring sports season, it was pretty devastating," said Portage Northern baseball coach, Chris Andrews.

Andrews, along with two team parents started a group called 'Play Ball Michigan' to try to gain support for the season to eventually return.

"We wanted to look at a way we could provide an avenue or a path with the MHSAA and the Michigan Department of Education to provide a safe way to get back to sports this year," Andrews added.

Andrews says the group's focus is safety and while it is centered on baseball, they're hoping to help out all spring sports across the state.

"More than anything, sports are providing leadership opportunities for kids," he added, "we're just trying to find a way to get these kids back out there in a healthy manner."

The MHSAA representative council, made up over fifteen high school athletic directors, is meeting on Monday and the group is hoping they at least talk about the possibility of the spring season returning in some capacity.

"We still think we have time to get a shortened spring season in," Andrews mentioned, "let's look at that and if we can do that in a safe manner and maybe start some conversations quickly instead of moving on."

Andrews says there's no telling what the season might look like if it were to return but he adds that kids will do anything to hit the field one last time.

"It has to be deemed safe first of all, whether that's a different protocal like less kids in the dugout or wearing masks, whatever we can find to make it safe and move forward."

Seniors have already lost so much including graduation and award ceremonies and the group is hoping to give them something this summer to look forward to.

"The worst case scenario is that nothing happens," said Andrews, "but something could happen. THat's our attitude, we're trying to stay optimistic."

'Play Ball Michigan' has a public Facebook group which you can find by clicking here.