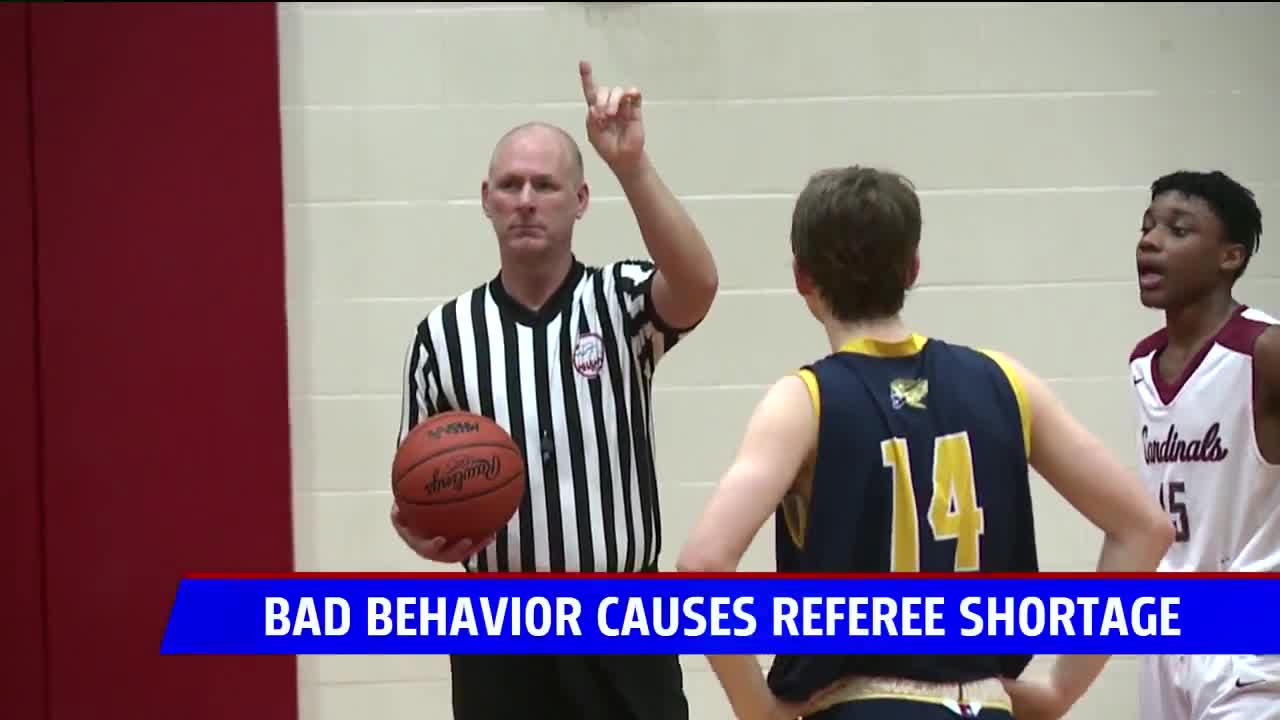 Average age of an official is over 53 years old.

(FOX 17) — High school athletics has a serious problem not only in West Michigan but nationwide as well. In many locations, sports have a lack of officials and that's mainly caused by behavior of the parents, coaches and athletes.

"It seems like every game there's an issue these days," West Michigan Officials Association registrar Brad Brunet said. "The major issue is the parents, they have such an interest in the game because their son or daughter is playing."

Brunet and assistant supervisor of football officials TJ Restau joined us in the FOX 17 studio on Sunday evening to address the issue.

"It can be very disheartening for sure," Restau said about what they hear during games, "It's tough to focus on the game. You're there to manage the game and you may be getting yelled at, screamed at, cursed at, told how awful you are, that distracts you from what you have to do, I wish parents understood that."

And many young referees have already told Brunet they won't be officiating next season due to parents behavior.

"I've had six officials this year that have already said, 'I'm good, I'm done, I get criticized no matter what I do, half of them like me and half don't.'"

The current average age of officials is over 53 years old according to a Referee survey of over 17,000 officials nationwide.

"It's a genuine concern," Restau said, "not only at our level but state wise and nationwide. We're going to have games cancelled because we don't have officials to be there, that's already happening. We're moving games to Saturday because of officials not being available, if we don't do something to fix this problem and recruit more officials and produce them into being good enough to handle this stuff, we will have a large problem."

Restau also adds that he'd like more schools to get involved with parent behavior.

"Schools have to take a stance a bit," he added, "administration and athletic directors, if parents want to misbehave and get kicked out, then they should be suspended for a game or two as well, it's that important. Parents are the biggest role model for children and the kids they're supporting."

Brunet also says fellow fans can step in and help each other.

"People in the stands can help police themselves," he said, "if you're sitting there watching and a few seats over there's an unruly fan, don't be afraid to say something like, 'hey, represent our school with some class.'"