Players thrilled to get back to baseball in the Northwoods League

Many thought baseball was done for 2020 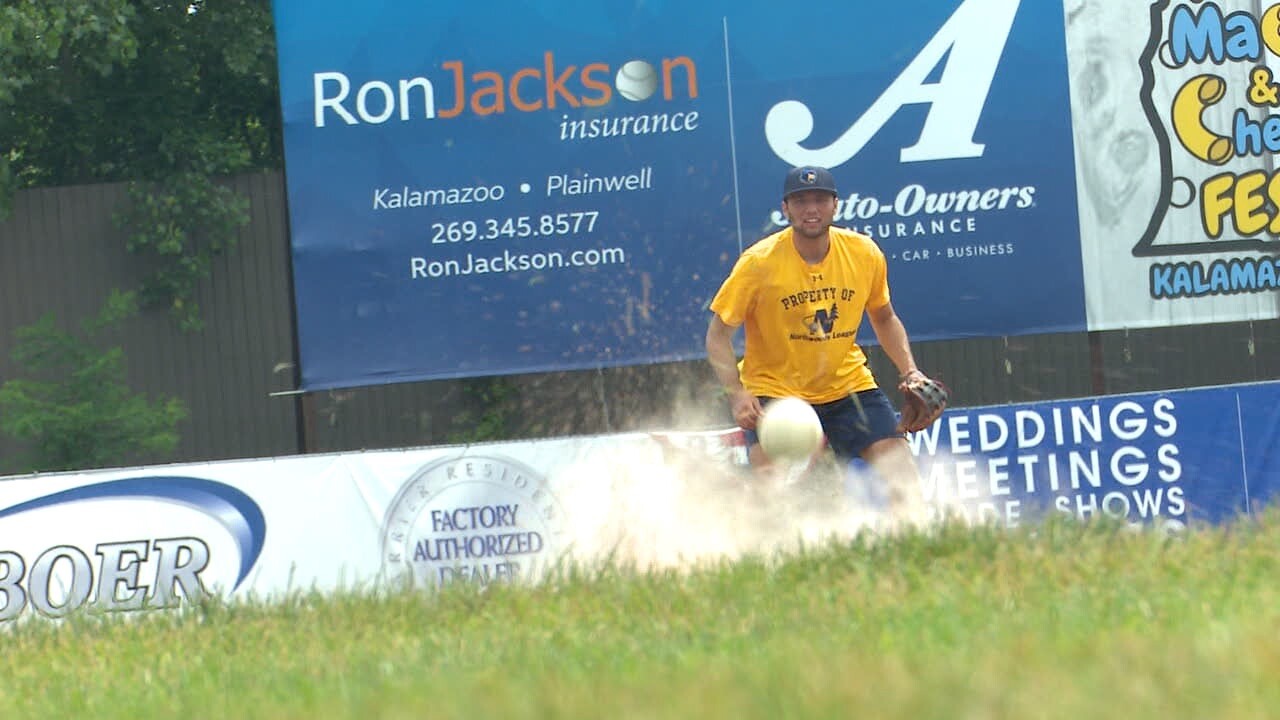 Baseball is being played again in the Northwoods League.

"It's been exciting," Growlers field manager Cody Piechocki said. "It's a lot of fun, it's great to have something to look forward to everyday so overall just emotionally on a high right now just getting back out to the ballpark everyday."

For almost three weeks the Bombers, Growlers and Mac Daddies have been playing a three team pod.

The players are just thrilled to get back on the field.

"Once my Stanford coaches said I could come play in Michigan, I didn't care where it was as long as I get to play," Growlers infielder Brett Barrera said. "I'm honestly super thankful that we are playing and I am glad."

"I was supposed to come here originally and seeing all the other leagues get canceled I was kind of nervous about this league getting canceled as well," Bombers infielder TJ McKenzie said. "I just really wanted to come out here and get better each and every day so that is really important because I know a lot of guys don't have this opportunity. I'm just trying to make the most of that."

While improving is everyone's goal, just being around others in a similar situation as your own cannot be overstated.

"Being able to have that team camaraderie again was super special because that was what I missed being in quarantine," Mac Daddies infielder Anthony Calarco said. "Just getting to the field everyday and being with the guys and just hanging out with them after the game, that is what it is all about."

The crowds are small, less than a hundred people.

A lot of mask are being worn and players are distancing in the dugouts.

On the field, juggling pitchers workload has been the biggest challenge.

"I have used some starters and thrown them multiple innings, haven't been just throwing a new guy every inning out there," Bombers field manager Mike Ruppenthal said. "That is just a trust between me and the coach or me and the kid so far so good with that we have been winning games and arms have been bouncing back well."

The pod has gone to a new format in recent days. Five inning doubleheaders everyday starting with a home run derby.