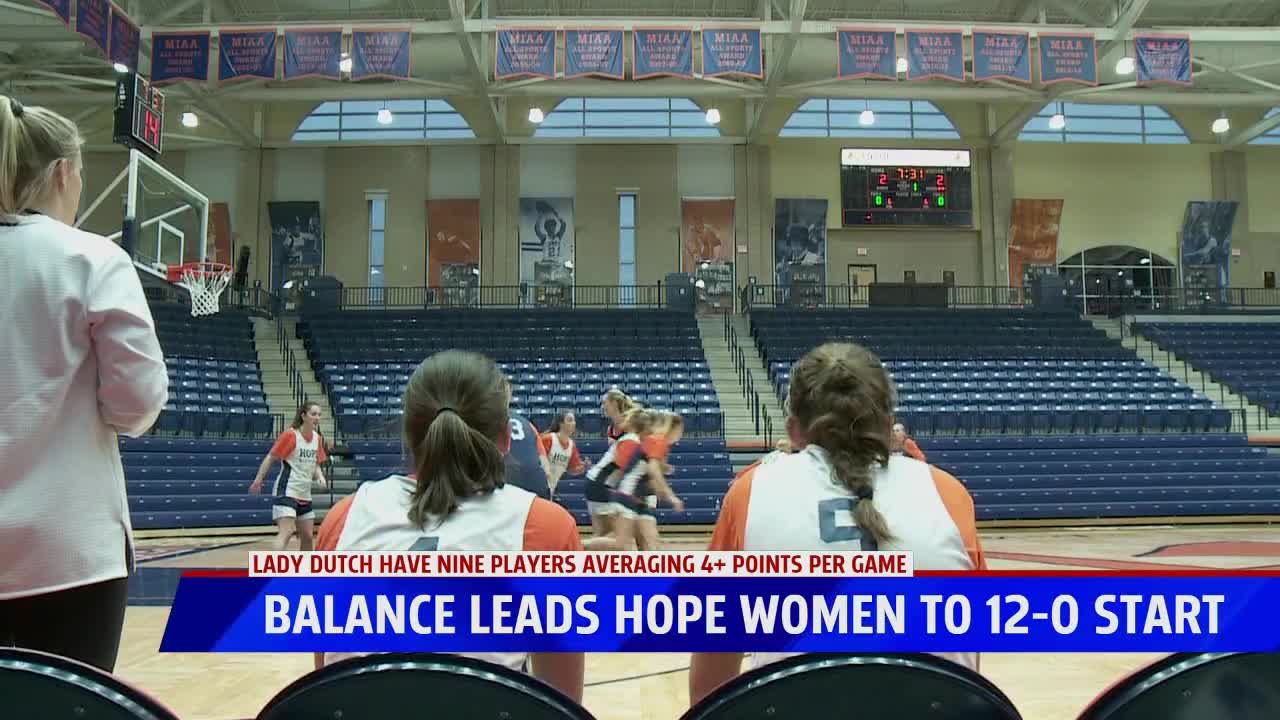 The Lady Dutch continue to climb the national rankings thanks to balanced offense.

"We've always played that way at Hope," head coach Brian Morehouse said, "we play a lot of kids, haven't tried to rely on one superstar, spread the ball around, open players get shots."

Grand Rapids Christian product and junior guard Sydney Muller is the only player averaging double digits but the Lady Dutch have a remarkable nine players averaging four points or more this season.

"It's just people being able to score at the end of the day, we're a really good team," Muller said, "we have 15 of 17 back from last year's team so we knew how to play with each other, we know everyone's strengths and weaknesses."

"It's awesome, you're happy when anyone scores," Baguley said on the team-first mentality, "nobody has a me first mindset. Everybody wants to win, if someone is having a big night, we know that's going to help us win."

With just two seniors on the roster, Coach Morehouse has had lean upon his nine juniors who are all extremely close and experienced.

"I think this team is really, really taking it upon themselves to play for each other and not play selfishly," Morehouse added.

"We all live together," Muller continued, "we're all together all the time, the chemistry is so much stronger this year, our demeanor before the year, everything."

Hope is averaging a 35 point win margin in the twelve wins this season and is currently ranked fourth in the country while receiving several first place votes. However, the program hasn't won a national championship since 2006, that's something they're hoping to change.

"You always have your eyes on the Final Four and a National Championship but we have to keep it one game at a time," Holland Christian alum and junior Kennedy Schoonveld said, "we can't overlook anybody, everyone in the MIAA is a contender to be good so we have to take everybody seriously."

And Coach Morehouse has high expectations for his team as well.

"I think the target is the Final Four, I think we can get there."