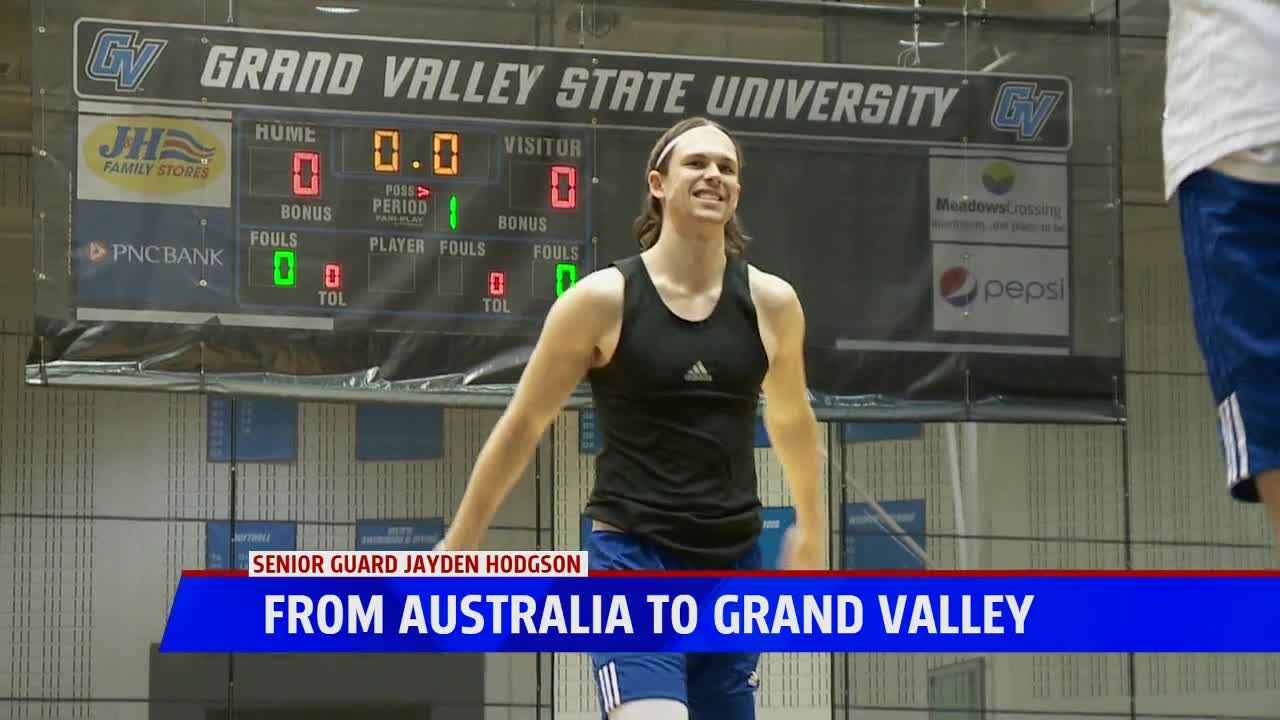 Hodgson over 9,000 miles away from family. 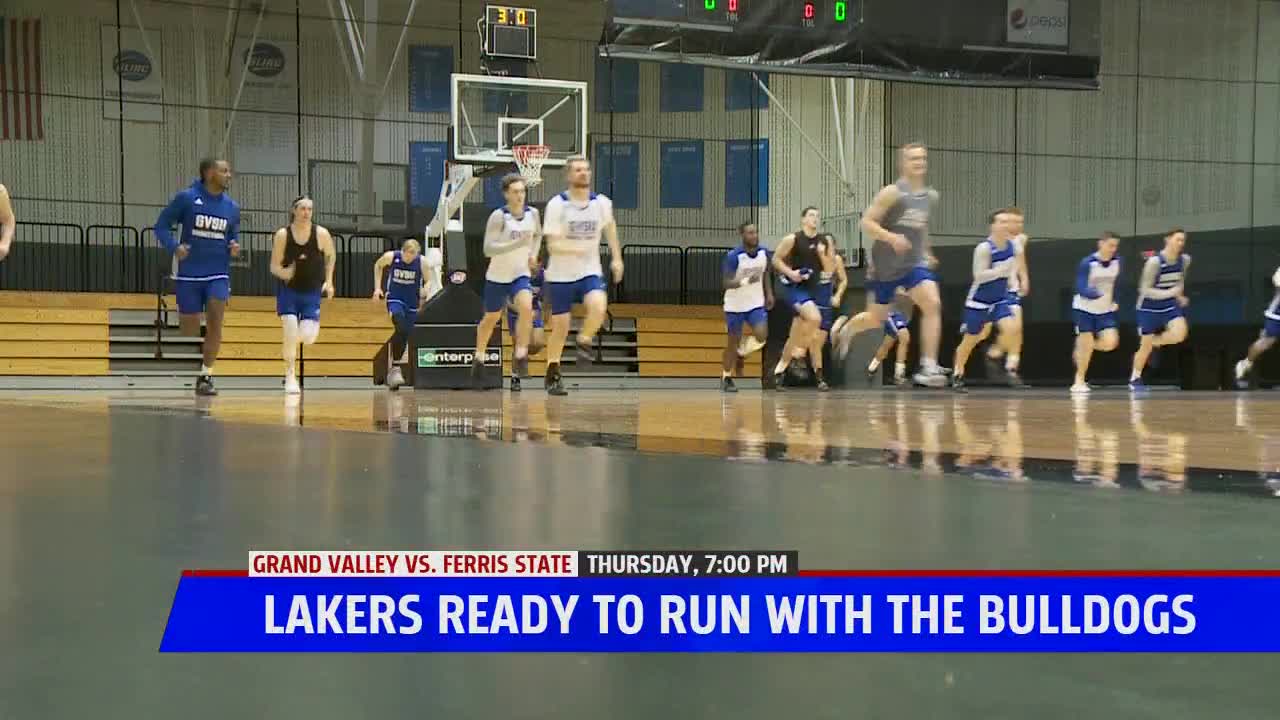 ALLENDALE, Mich. — Jayden Hodgson is playing basketball over 9,000 miles away from his hometown.

"I came over just over three years ago," he said.

The Grand Valley senior guard hails from Gosford Australia, about 40 minutes north of Sydney and grew up around the game of basketball.

"It's different but basketball is basketball," he said about the differences in the game, "we're taught more of a fundamental team game back home at a young age compared to over here. Going around the world and seeing these different styles, especially over here where this is the best basketball in the world has been a great experience for me."

One of Hodgson's coaches in Australia knew a coach at Bradley University in Illinois, where he eventually enrolled. However, he opted to transfer to GVSU before his senior season.

"I built a great relationship with the coaching staff, came on a visit, loved the facilities and everything the team brought, bringing back a championship team from the year before."

Hodgson has found success with the Lakers as well, averaging over 10 points per game this season. However, having him on the team has been an adjustment for head coach Ric Wesley.

"Sometimes there are a lot of Outback jokes or Kangaroo jokes," Wesley laughed, "but he's good natured about it, he tolerates it, it's another great positive and him and his personality."

Speaking of adjustment, Hodgson is, of course, used to a warmer climate and is still getting accustomed to the weather in West Michigan.

"I love the snow, I think it's beautiful, I think it's pretty, I love it when it snows," Hodgson said, "but I definitely miss the beaches. Being over here, I took that for granted, being ten minutes away from all the beaches, I'd say the beaches and the weather are what I miss most."

And being on a different continent from the rest of his family hasn't been easy but his teammates and their families have welcomed him.

"The holidays are a bit on your own, sad sometimes," Hodgson admitted, "but I've got great people around me that ask me to come to their dinners and families take me in all the time, it's hard but at the same time you get over it."

And he has no problem rocking the head band during games with his longer hair.

"I've had some people tell me to cut it," he laughed, "I have to get the man bun going and hopefully it looks a little bit better, that's what I'm going for."

Hodgson is a communication major at GVSU and wants to continue playing basketball professionally after this year. No matter what happens, he hopes to coach the game of basketball at some point in the future.