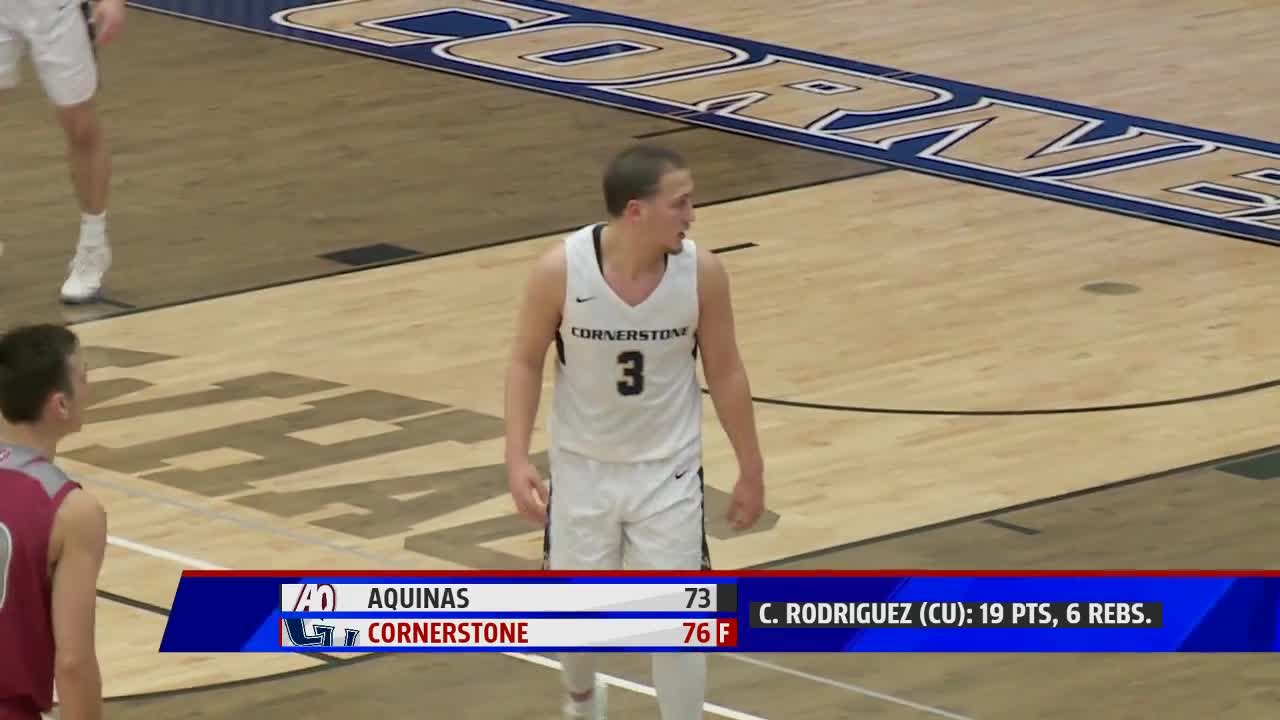 GRAND RAPIDS, Mich. — Cornerstone led throughout the game on Monday night but Aquinas would go on a late run to cut the lead to single digits and eventually just one point with just over a minute left to play. However, the Golden Eagles would turnover the Saints in the final seconds to come away with the 76-73 win.

Christian Rodriguez scored a team-high 19 points while Aquinas' Deric Murray scored a game-high 27 points. The Golden Eagles have now won the past seven games in the series as Cornerstone improves to 12-7 overall.