Walk Kelser leads Bulldogs to 15th win of the season 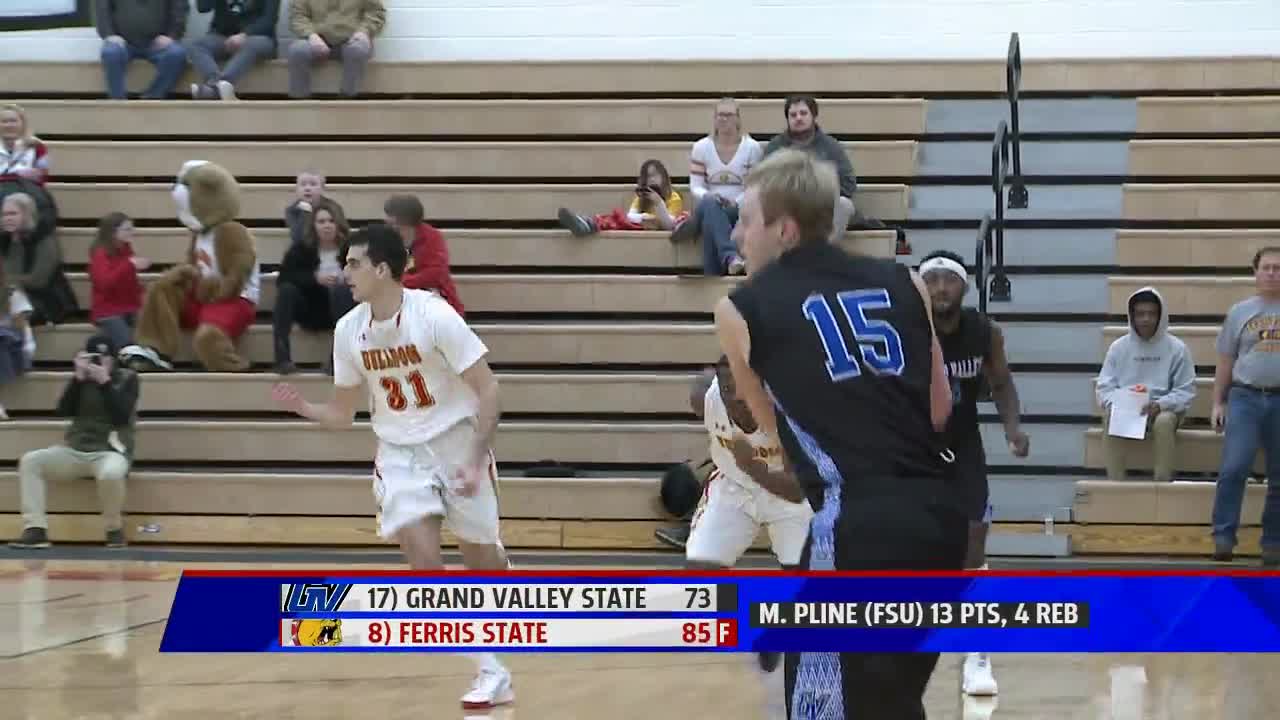 BIG RAPIDS, Mich. — Eighth-ranked Ferris State put up 51 points in the second half on its way to an 85-73 win over 17th-ranked Grand Valley State Thursday night.

"In the second half we were a pretty focused team," Ferris State head coach Andy Bronkema said. "We stopped turning the ball over and rebounded a little harder, it's hard to rebound against Grand Valley they box out well, very very athletic, they still got the edge on us, but i thought we were focused on the game plan. Weather or not the game plan was good, I'm not sure, but we were focused doing it and that matters."

Bulldogs leading scorer on the season, Walt Kelser led all scorers with 24 points in the game.

"Both teams are three and oh," Kelser said. "It was a big game, on top of that, a rival game so we wanted to come out and play hard. We knew they was gonna give us their all and we was on our home court so that gave us an advantage too."