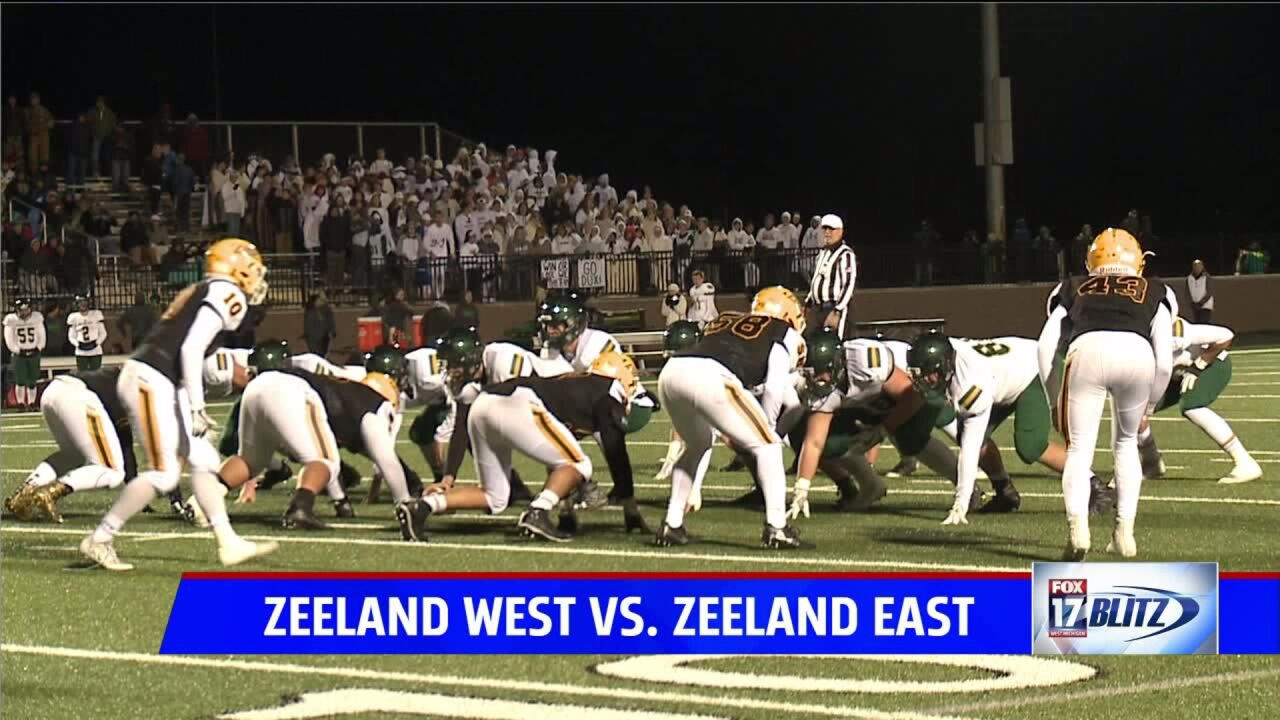 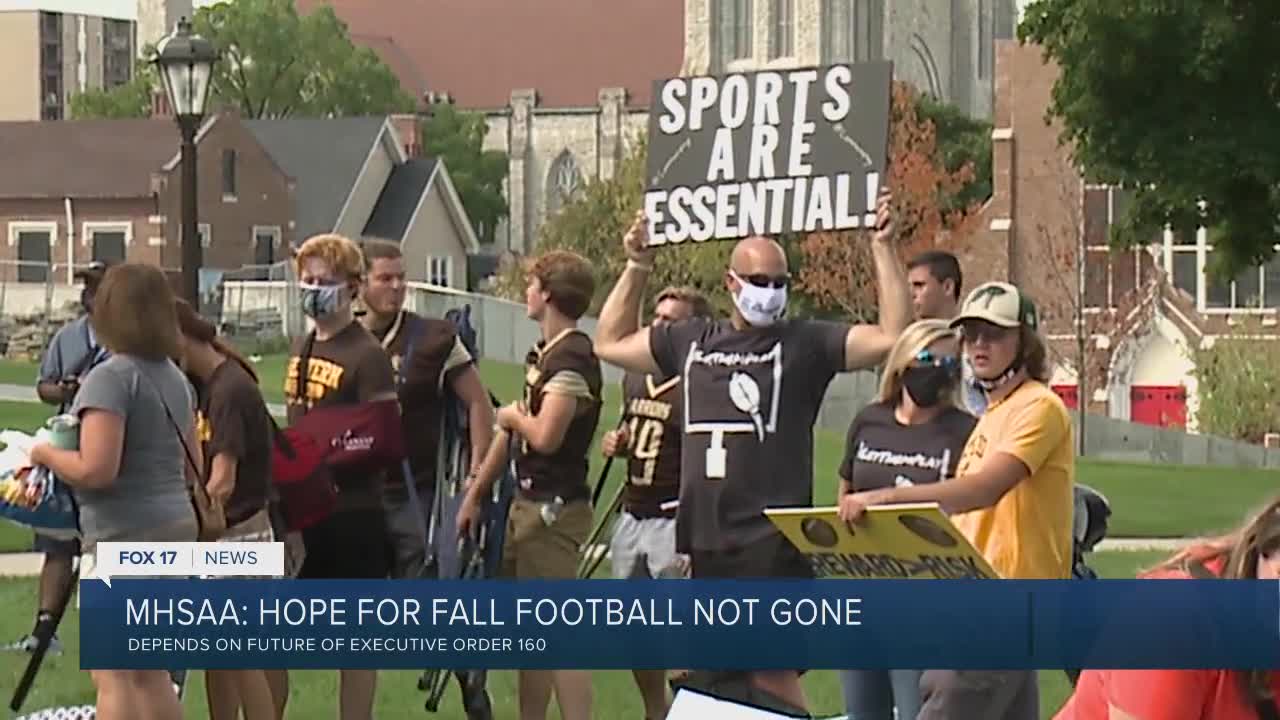 LANSING, Mich. — The Michigan High School Athletic Association (MHSAA) announced in mid-August that football was being postponed from fall to spring, but that hasn't stopped many from holding out hope of a change.

FOX 17 spoke with the MHSAA on Monday, and they said there is still a chance football could happen starting in September.

Kimmerly, the media and content coordinator of the MHSAA, said the organization has been in constant contact with Gov. Whitmer's office since March, but especially lately due to her Executive Order 160, which prohibits other fall sports from competing right now.

Executive Order 160 prohibits volleyball, swimming and diving from competing in our area because it mandates gyms and pools remain closed. It also forces sports to be played with social distancing, which is why soccer and football aren't happening.

Kimmerly told us while they have been in contact with the governor about her lifting some of those restrictions to allow those other sports to be played soon, they hope, they also are now discussing football.

"It's led us at-least bring the football conversation back into it as we're waiting for those answers from the governor's office," Kimmerly explained.

Kimmerly told FOX 17 that another factor has led the MHSAA to keep alive the idea of playing football this Fall.

"The last couple of weeks there have been some outside, non-school entities that have begun to offer football experiences because we've postponed our season until the spring," Kimmerly said. "We felt all along that our member schools can offer the safest possible football opportunity. We totally understand why that is happening: there are kids that want to play. So, if they are going to play, we felt all along the safest way to play is at the school and the school coaches."

Since Labor Day is still a week away, Kimmerly says there is time to make it work, but the MHSAA is hopeful a final ruling on Executive Order 160 comes either later this week or by next week at the latest.

"It's difficult, and people are frustrated, and we understand that people are disappointed," Kimmerly said. "We have to be as flexible as possible. As far as football goes, we're basically all on call, and our council members are basically on call."

Kimmerly said even if the governor adjusts EO 160, the MHSAA's council would have to decide whether to go forward with football. "I think we would gather pretty quickly, and obviously we would want to give some lead time," Kimmerly said, explaining that football teams would need about two weeks to get ready for games to start.