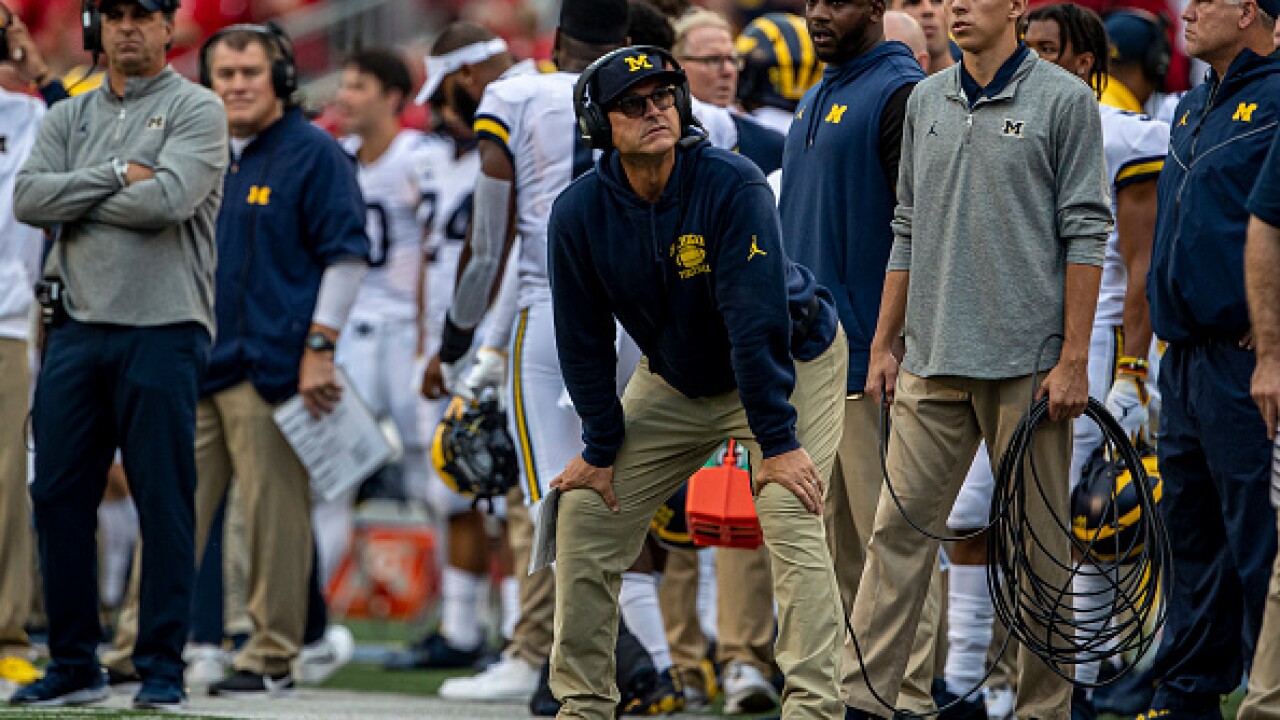 He knows Michigan has one major hurdle remaining.

"We’ve got to beat Ohio State. Nothing makes us angrier than that, or me. That’s what we’re working toward every day. We’ve beaten everybody else but we haven’t beaten them," Harbaugh said in a conversation with Mike Tirico on NBC Sports Network's "Lunch Talk Live."

"That’s what we have to do: Beat them, win a championship, get ourselves into the playoff, win a national championship.”

Harbaugh's Wolverines are 0-5 against Ohio State in his tenure. Michigan hasn't beat the Buckeyes since 2011.

"It’s been a joy to coach our guys. We’re a high-drive team. We’re driving toward success," he said. "We want to put it over the top. We’ve just been kind of on that outside of the playoffs. (We) haven’t gotten in, and want to push that over the top. That’s our mission."