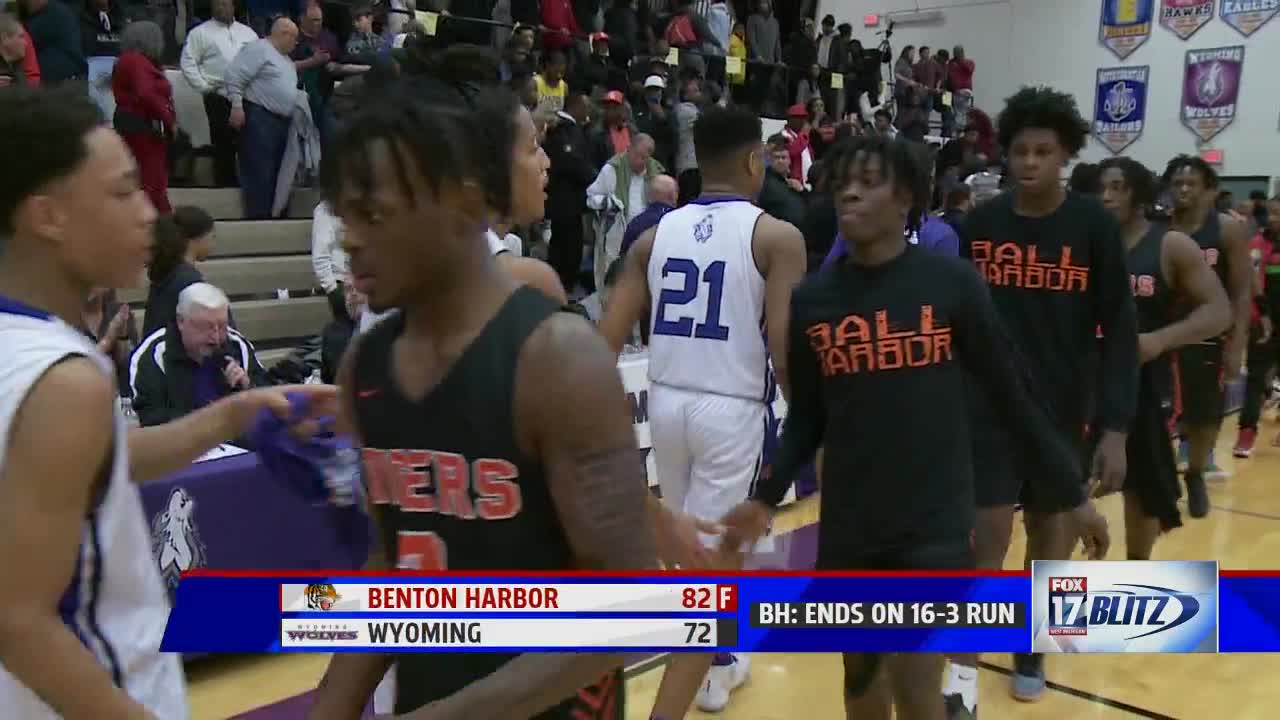 WYOMING, Mich. — It was a sold out crowd at Wyoming High School on Thursday night with dozens of people being turned away at the door. The 18-1 Wolves battled with 17-2 Benton Harbor in a battle of two of the state's best.

The Tigers would lead 21-18 after an up-tempo first quarter, and that pace would continue throughout the game. In the second quarter, Carlos 'Scooby' Johnson would help the Tigers build upon the lead as they took a 40-32 advantage into the locker room.

In the second half, it was a game of runs as the Tigers took a 48-37 lead just over two minutes into the third quarter, but Menalito McGee and the Wolves would battle back. In fact, Wyoming would take a three point lead 69-66 with just over three minutes left.

From there, the game would swing once again, as Johnson knocked down three of his 21 points in the game to help the Tigers end the night on a 16-3 run, winning it 82-72.

"Our whole point with the scheduling of the game is to see how we can get better," head coach Thom Vander Klay said, "and we have a lot of way to do that now. It's a good blueprint in terms of improvement, because they're such a fine team and play so hard. We're looking at how we can get better after this."

The Wolves will take on district host school Middleville Thornapple-Kellogg on Monday evening.