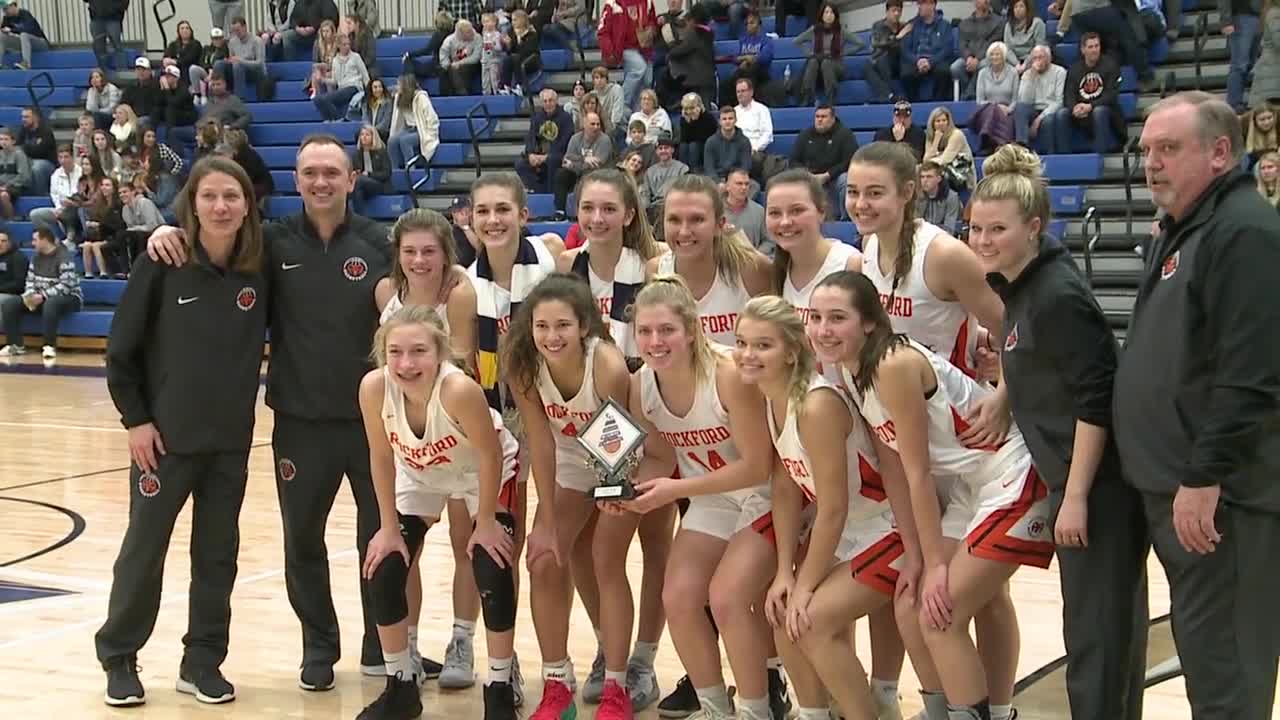 Rams improve to 6-0 with win over Forest Hills Northern.

GRAND RAPIDS, Mich. — The young Rockford girls basketball team received a double-double from Alina Anderson who scored 12 points and grabbed ten rebounds in the 55-39 win over Forest Hills Northern on Monday evening. Aside from Anderson, it was more balanced scoring with Gabrielle Irwin scoring the team-high 14 points and three more scorers combining for 21.

"It's Christmas break, there's no place I'd rather be than right here," head coach Brad Wilson smiled, "it's just a blast to be in a West Michigan tournament and to be playing games over break. We really love it."

"Our defense this season has been unbelievable," Reinke said on the unbeaten start, "we work together on it and in practice we go as hard as we can. When we get to the games, we execute as well as we can and get it done."

The Lady Rams improve to 6-0 on the season with the win.