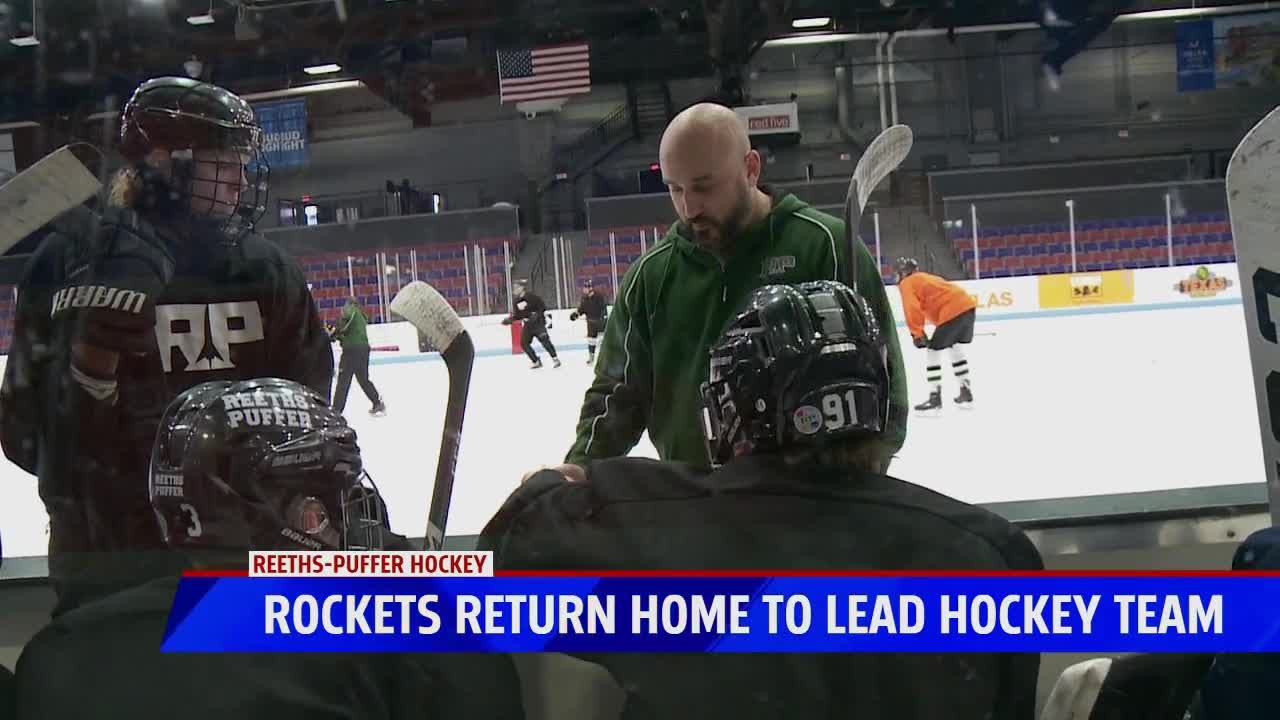 MUSKEGON, Mich. — "I wanted to get the high school experience," Connor Hilliker said on playing hockey for Reeths-Puffer.

Three players are hitting the ice this season for the Rockets hockey team after gaining valuable experience. Hilliker played in juniors before returning while Dylan Stawski and Chris Hawkins have returned from Triple-A, elite level amateur hockey.

Players like Hilliker, Stawski and Hawkins are helping the program reach new heights.

"They come back with confidence that, 'hey, I'm going to do well while I'm here,' it's not a cockiness, it's a confidence to come and help the younger guys," Zalba added.

Of course, there are two sides to playing Triple-A hockey, including competition and big showcases but that comes at a price, both financially and with the brutal travel schedule.

"I wasn't going to have enough time for my school work or a social life outside of hockey," senior Chris Hawkins said.

Hawkins was making the two hour drive to Lansing over the summer before his junior year before opting to play school hockey instead.

"I just had to sit back and think, do I want to have a regular teenage life or do I want to pursue this hockey thing?'"

Now, without the crazy travel schedule of amateur hockey, Hawkins has been able to enjoy playing multiple sports off the ice.

And Zalba, a former member of the Muskegon Fury, has seen the craze with players going to play juniors or Triple-A hockey.

"I think slowly but surely kids are realizing, 'hey, I can come back and play for a quality program with good coaching and solid results.'"

The Rockets are off to an impressive 8-3 start and will take on West Ottawa this Wednesday night in a big OK Conference battle.