Muskegon beats Reeths-Puffer to remain unbeaten in the OK Black 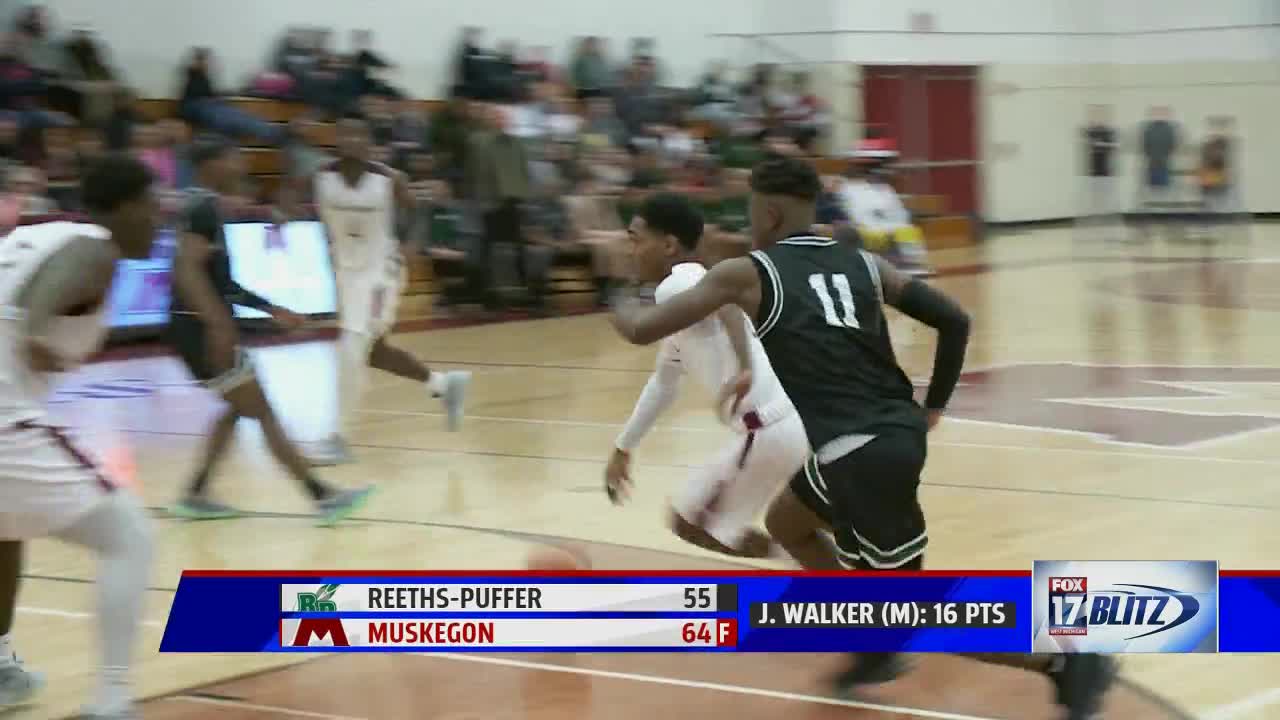 MUSKEGON, Mich. — Muskegon led Reeths-Puffer by five at halftime before a three-pointer from Kendall Smith cut the deficit to just two in the third quarter. However, later in the third, Vernon Nash would come off a screen and knock down a triple for part of his 15 point effort.

Later, Jarvis Walker would get going with a three-pointer of his own for part of his team-high 16 points. Emcee Williams had the game-high 18 points for Reeths-Puffer as the Big Reds prevailed, 64-55.

Muskegon improves to 8-0 in the OK Black.