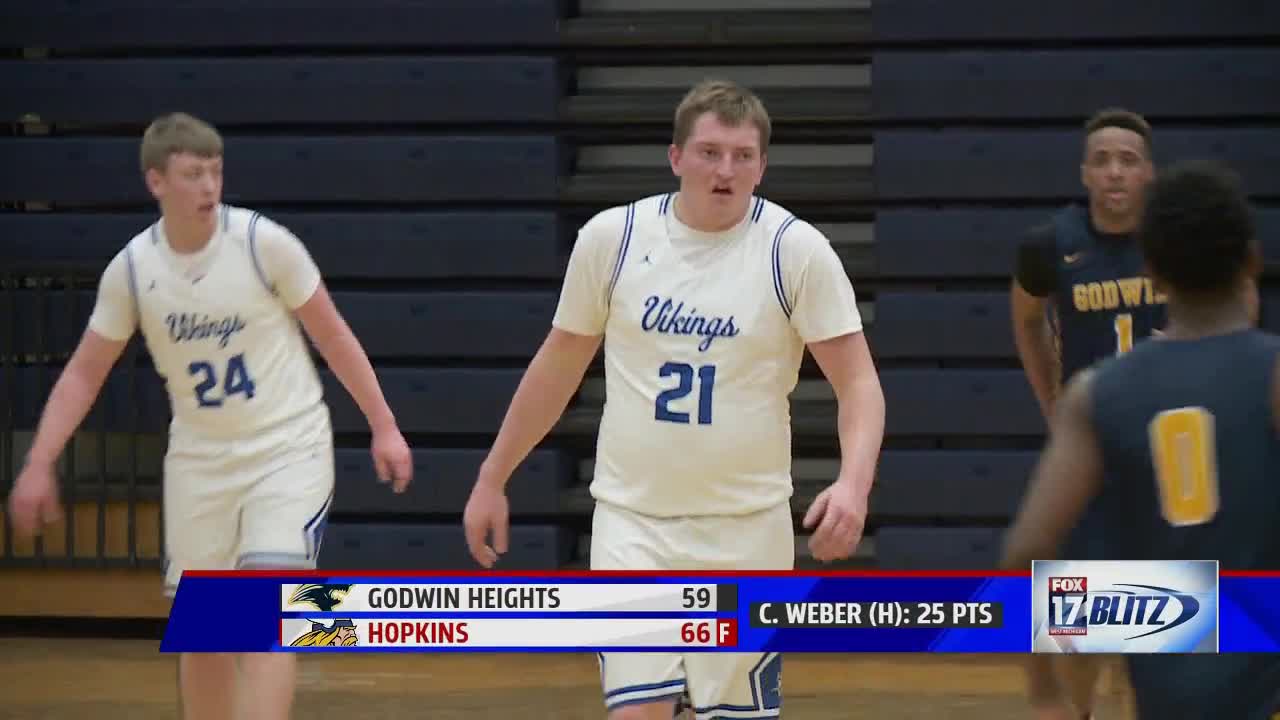 HOPKINS, Mich. — The Godwin Heights boys basketball program entered Friday's matchup at Hopkins with a 53 game conference winning streak, dating back to January 24, 2015. The Wolverines led for most of the first half until the Vikings took a 36-28 lead into the intermission.

In the second half, brothers Colin and Drew Weber helped lead the way for the Vikings who pulled away with a 66-59 victory. Colin Weber would tie the game-high with 25 points, matched by Godwin Heights freshman Jakhary Towns while Drew Weber added 14.

The Vikings improve to 4-3 on the season and open conference play at 1-0. Hopkins will host Calvin Christian on Tuesday before play at Kelloggsville on Friday.