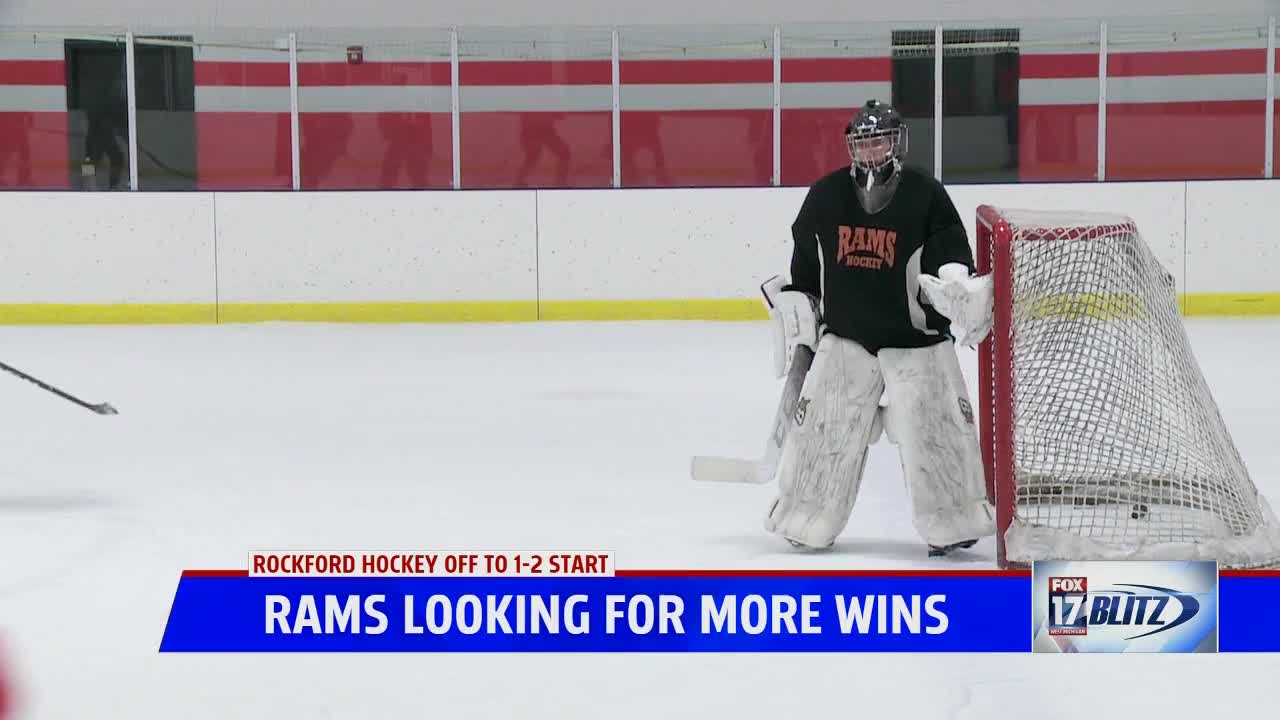 ROCKFORD, Mich. — The Rockford hockey team is off to a 1-2 start to the season but that comes with a tough schedule and the Rams have been in all three games, getting a lot of shots on net.

"It's kind of what I was expecting," senior defenseman John Spero said, "We are going to have these good battles coming in and we competed hard. We outplayed the other team we just have to put the puck in the net and just keep it simple."

The Rams beat West Catholic in the season opener before falling 2-1 to East Grand Rapids and 4-2 to Northville.

"A lot to learn from, but we have to put in the work in practice, watch film, and see what we are doing wrong and get better from there," senior center Kyle Switzer said. "Basically playing through the whole game start to finish and putting in the work."

Head coach CJ Pobur has been happy with the team's effort through the first three games.

"I would much rather be outshooting and outplaying teams and losing than being totally overwhelmed and feel like you don't belong on the ice with the team. The fact that we have been in every game so far and have had a chance to win every game i'd say that is the most positive thing so far."