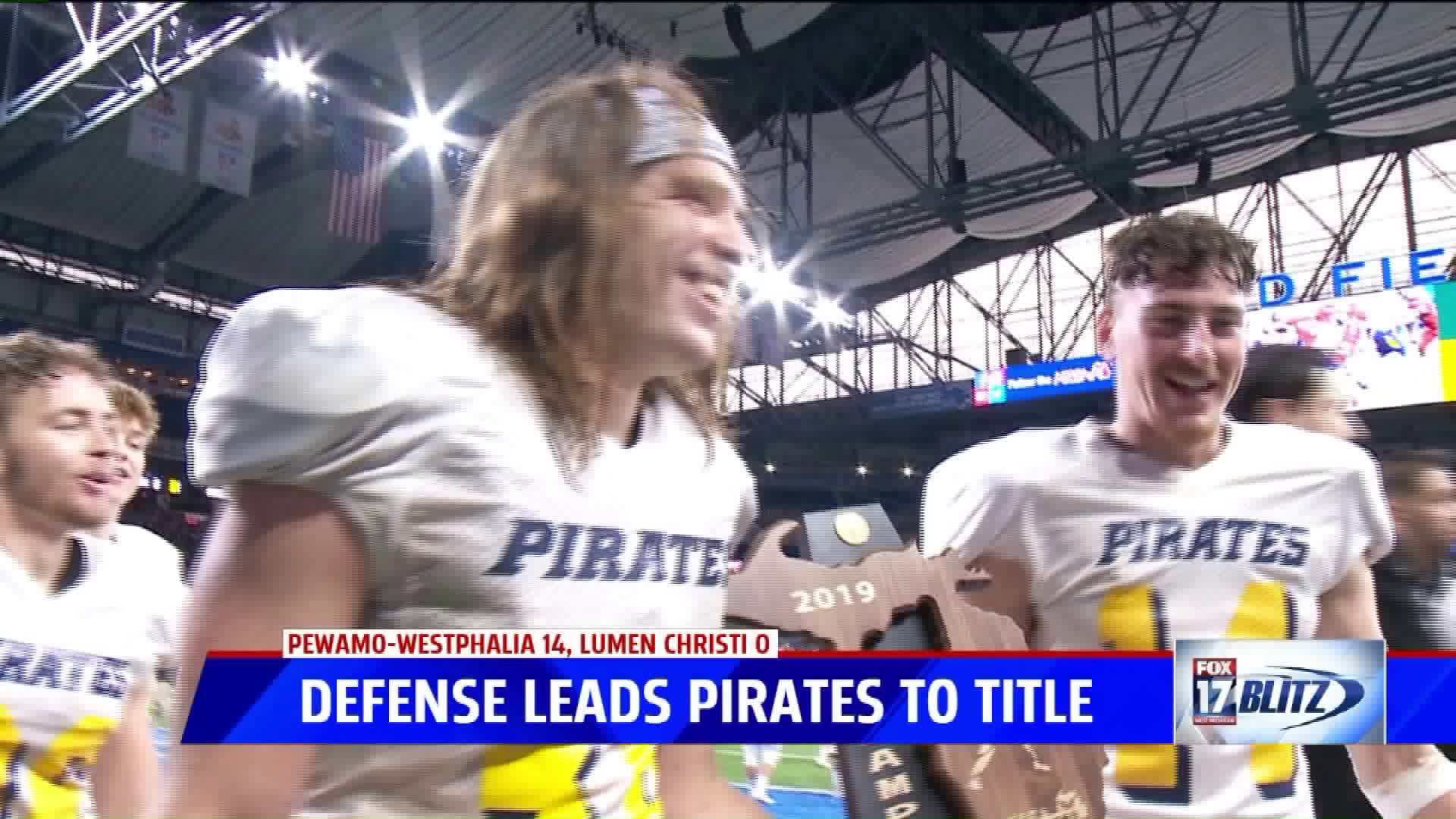 The Pewamo-Westphalia defense, which allowed very little all season, was dominant one more time Saturday as the Pirates shutout Jackson Lumen Christi 14-0 to win the division seven state championship.

"It's fitting that there is a zero on that scoreboard," head coach Jeremy Miller said. "That defense has been carrying us all year through some tough times when the offense isn't going. They say defense travels and that is absolutely true defense is winning championships and they certainly did for us."

P-W held the the Titans to just 109 yards of total offense in the game.

"This is exceptional," senior John Martin, who led the way with 11 tackles, said. "This is the team that gave up the least amount of points so it is a very good feeling to know that we left our mark in the P-W program."

After the Pirates threw an interception late in the second quarter of a scoreless game, senior Grant Bearss grabbed a pick of his own and two plays later caught a 27-yard touchdown pass from Ethan Thelen for a 7-0 halftime lead.

"It is a dream to come out and play on Ford Field," Bearss said. "All the teams dream of it and not many get to and we are fortunate this is our fourth time in five years and to come out of it with three state championships feels pretty good."

The championship is the school's third in football in the last four seasons.