Allendale pulls away from Hopkins in first win of season 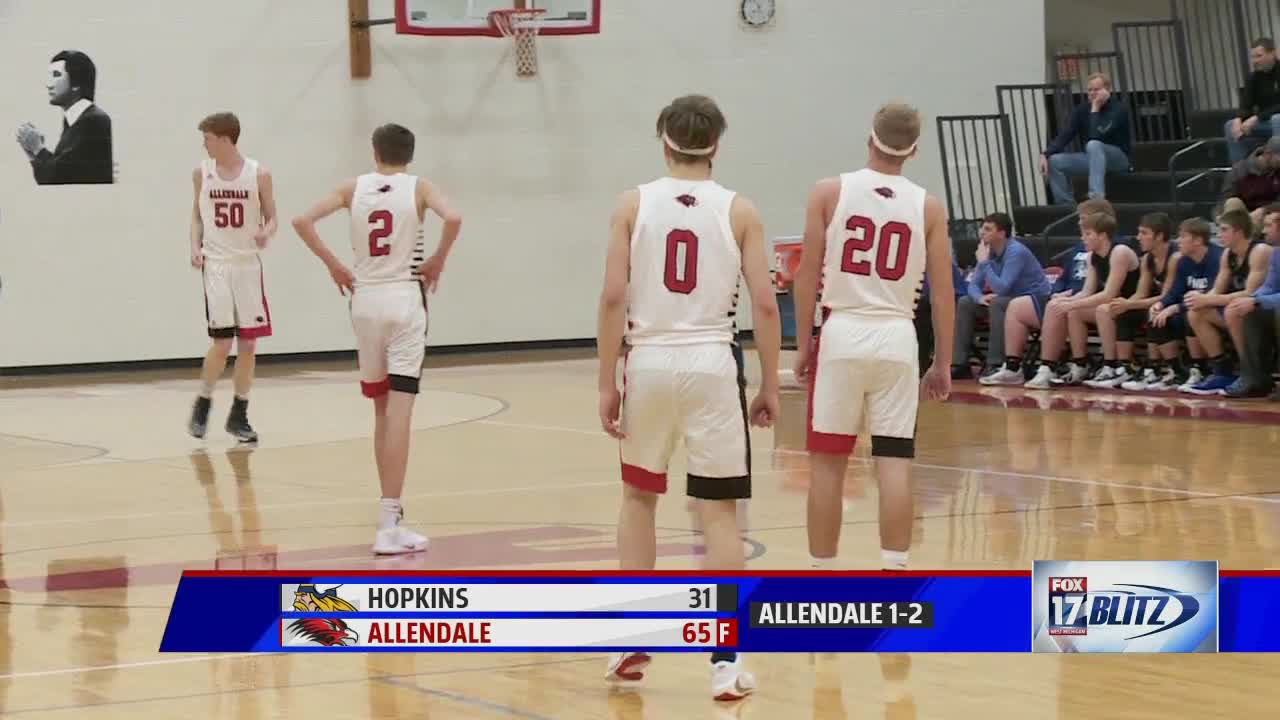 The Falcons notch win number one on hte new season.

ALLENDALE, Mich. — It was the second night of a back-to-back game for Hopkins without star junior Colin Weber. The Vikings would get off to a decent start early in the game until Braden Kleyn extended the lead to four late in the first half.

Ryan Corner and Bryce Nyboer both played well to propel the Falcons to a 65-31 victory as the team improves to 1-2 on the new season.