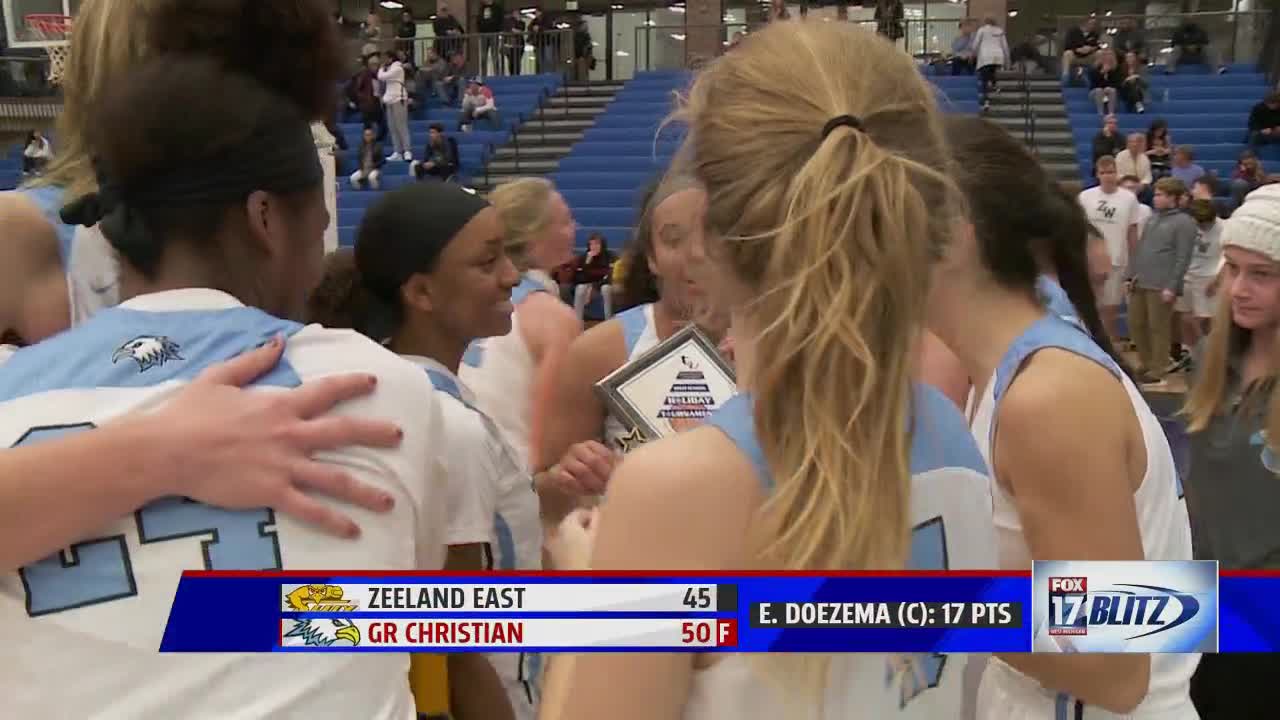 GRAND RAPIDS, Mich. — Grand Rapids Christian held a 41-24 lead after the third quarter before Zeeland East went on a 21-9 run in the fourth, but the Eagles would hang on for the win. Evie Doezema recorded 17 points and 15 rebounds to lead Christian to the Holiday Tournament championship and was named MVP for her efforts.

The Eagles improve to 7-0 on the season.