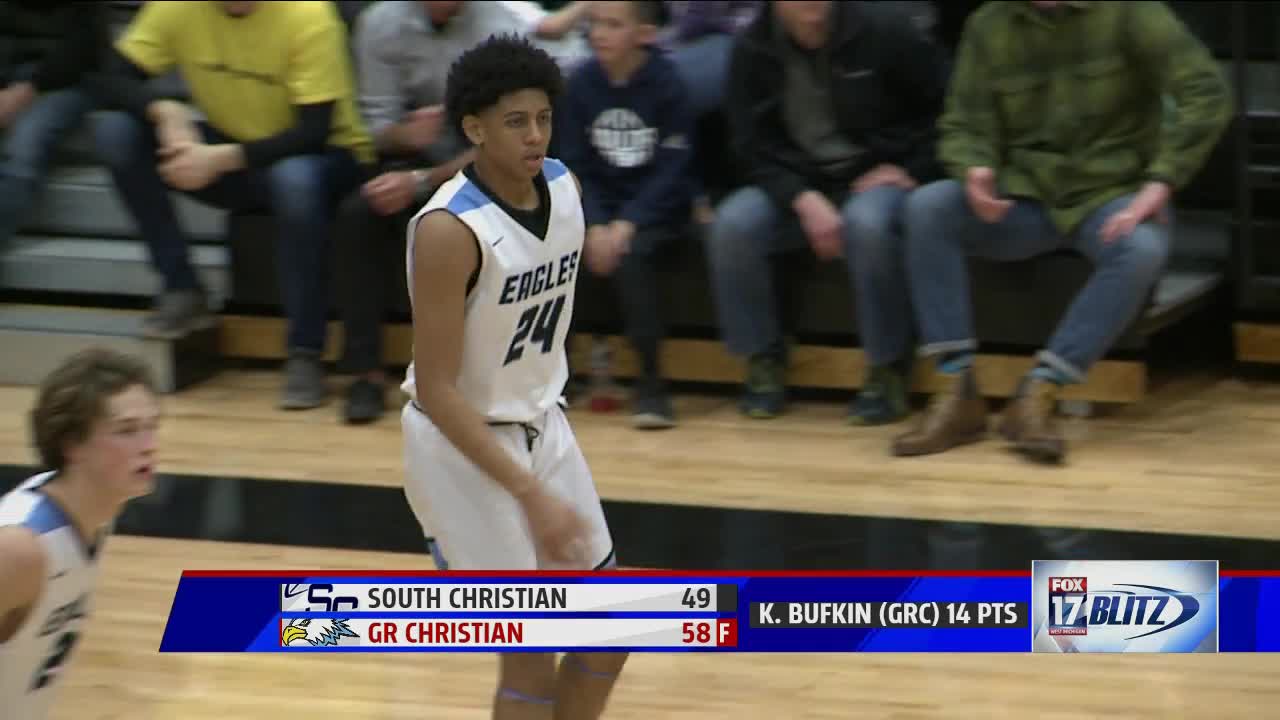 Eagles remain perfect with win over the Sailors.

It felt real good today," Lary said after the game. "We had a shootaround before the game and that helps with my touch a lot, ouir coaches said catch and shoot, the simple things."

A lot of people have been able to see him, he's been hurt," Grand Rapids Christian head coach Eric Taylor said. "He steeped up and made some big plays."