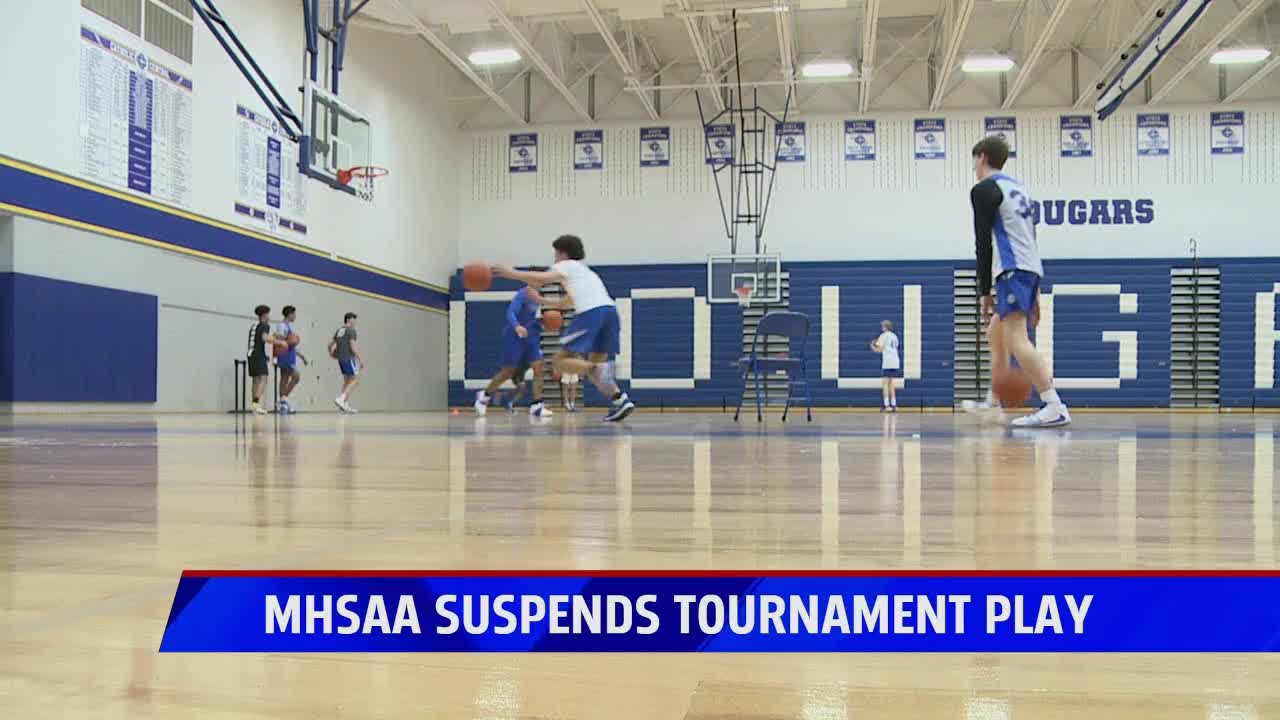 That means teams like Grand Rapids Catholic Central's boys basketball squad will not be participating in the district final on Friday.

"My guys are pretty emotional...a couple of tears in their eyes, they put a lot of time in, Cougars head coach TJ Meerman said. "We're hoping that it's just a pause and we'll get to do this later. The health and safety of everybody the fans and players included is the most important thing to us, but we got a bunch of guys that have put a lot of times in this game and would like to see this played out in the state tournament."

Grand Rapids Catholic Central did practice today in hopes that the state tournament will resume at some point.