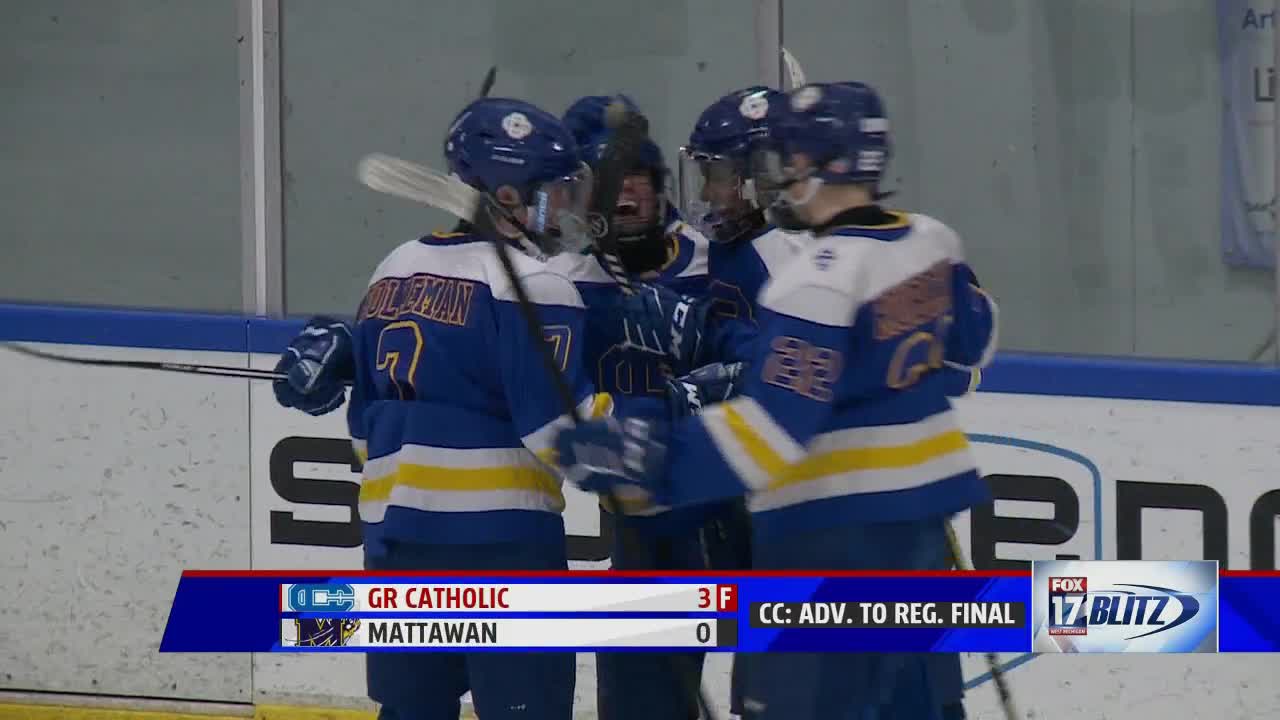 The Cougars took a 1-0 lead into first intermission after Zach Grabowski scored on an early rebound. However, Mattawan goaltender Brendan Pellerito would keep the Wildcats in it after Catholic Central outshot them, 26-2 in the first 17 minutes.

In the second period, the Cougars once again dominated puck possession and found the back of the net again. Senior Ben Clay would score a powerplay goal to give the team a 2-0 lead.

Nathan Rublein would put the game on ice early in the third period with a top-shelf finish to give the Cougars the 3-0 win.

"It was a good win," head coach Mike Slobodnik said, "obviouslym, you survive and advance. I don't think it was our best effort of the year but it's playoff hockey, everything is tough, everything tightens up. We had a lot of chances to bury pucks and it didn't go in for us tonight."

The Cougars outshot Mattawan, 58-6 in the game which gave the team a lot of momentum throughout.

"We had a lot of guys on the bench getting really excited," senior Nathan Rublein said, "everyone is really pumped. Everyone wants to go out and everyone wants the puck, it's good to get shots on net and get it going, good for momentum I think."

The Cougars will square off with Forest Hills Central on Wednesday night in the regional final at Southside Ice Center. The Rangers knocked off Jackson Lumen Christi, 3-2.