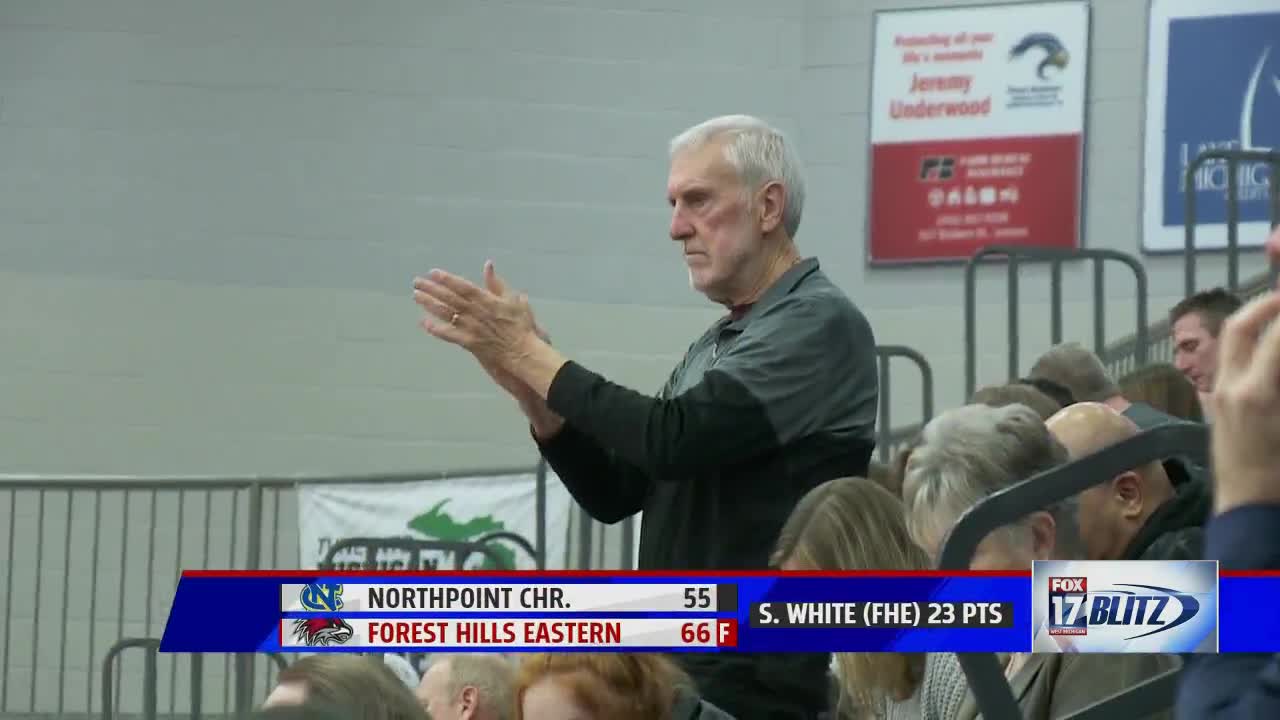 GRAND RAPIDS, Mich. — Playing for the first time 20 days, Forest Hills Eastern came alive in the fourth quarter for a 66-55 win over NorthPointe Christian in a Silver Division semifinal in the Cornerstone Holiday Tournament.

Tied after three quarters, the Hawks routinely beat the Mustangs down the court in route to 22 points in the final eight minutes.

The Hawks will play Forest Hills Central (2-1) Saturday in the Silver Division Championship game at 8:30 p.m., FHE beat the Rangers, 55-53, in overtime back on December 13th.

NorthPointe Christian will play Allendale (1-3) in the consolatio game at 7 p.m. Saturday.