Bulldogs take down Reeths-Puffer in quarterfinal 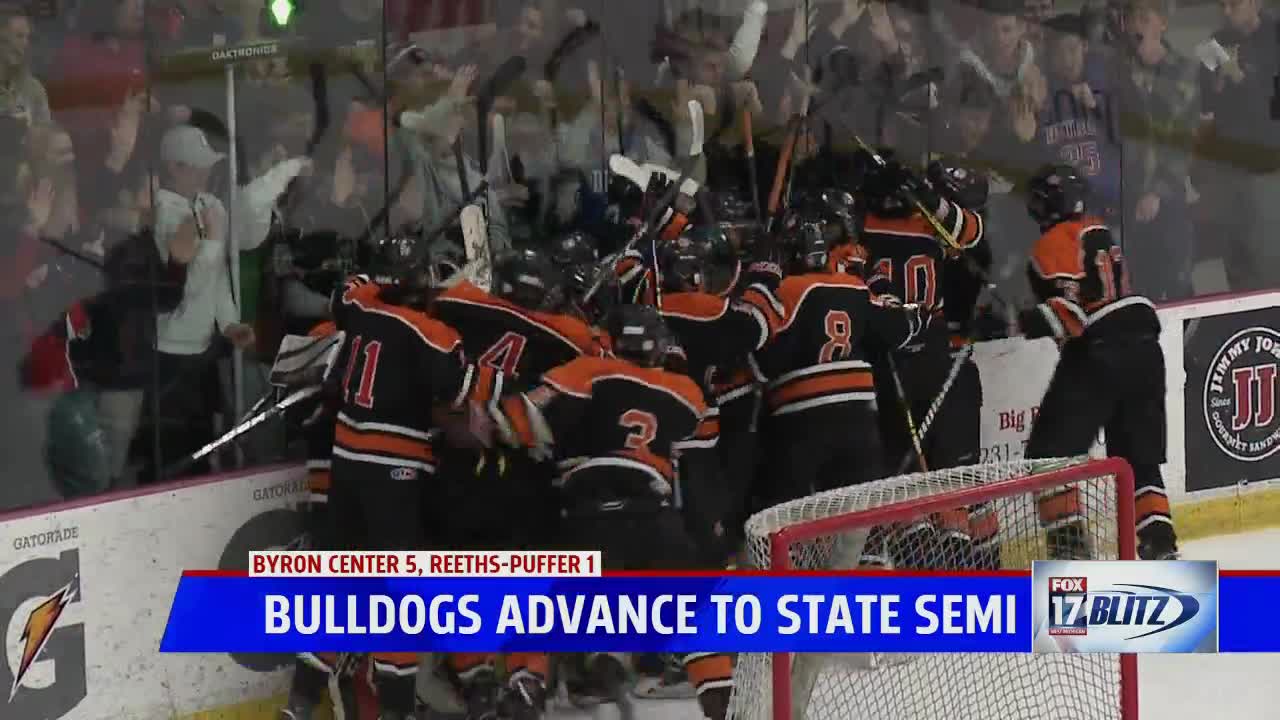 BIG RAPIDS, Mich. — Reeths-Puffer would score early in the first period to take a 1-0 lead in Saturday afternoon's state quarterfinal at Ferris State. From there, Byron Center would take control scoring five unanswered goals, winning 5-1 to advance to the state semifinals.

"We've only been a program for four years," head coach Taylor Keyworth said, "and to be in the final four already I think that says a lot about what we're trying to do. More importantly, it says a lot how hard these kids work and what they do on and off the ice and in the classroom to prepare themselves for moments like this."

Bulldog goaltender Levi Sall made 26 saves in the game to help lead the Bulldogs to Plymouth.

"The energy in the building was insane," Sall said, "we're having a great time as a team and we were buzzing. Everybody was open and we were just clicking and doing what we know how to do."

"It was a tough loss last year and we wanted to prove everybody wrong," Luke said after the win, "we were up late in the game last year and blew that lead but we came back here and won 5-1, it feels good."

The Bulldogs will take on Detroit Catholic Central, who took down Salem, 6-1 on Friday in the state semifinal in Plymouth.