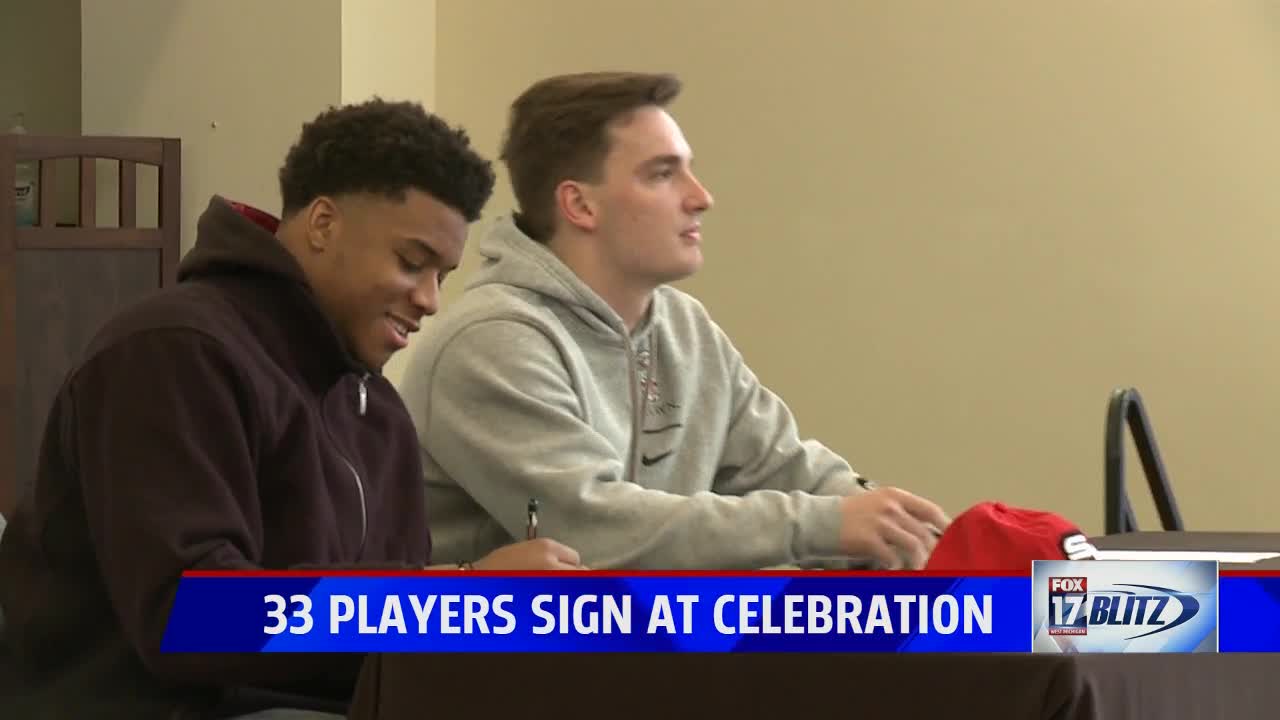 "I think it is exciting," Allendale senior Owen Burk, who is headed to the Air Force, said. "Being able to step into that and looking forward to the next step — super excited."

Ferris State has made a habit of getting kids from the West Michigan area. That continued today.

"Really coach Annese and the coaching staff," Rockford senior Jaiden Friesen said when asked why he chose the Bulldogs. "I have a couple friends up there. They said they love it, and I fell in love with campus and just the way they do things up there."

Former Ferris State assistant coach Ryan Brady is heading into his second season as head coach at Saginaw Valley State, and he got some really good kids from the area.

"Definitely the coaching staff," Grand Rapids Catholic Central senior Malachi Love said about why he wanted to become a Cardinal. "Young, energetic coaching staff that just wants you to get better and their facilities and their academics. They have my major that I want to study so that was a plus."