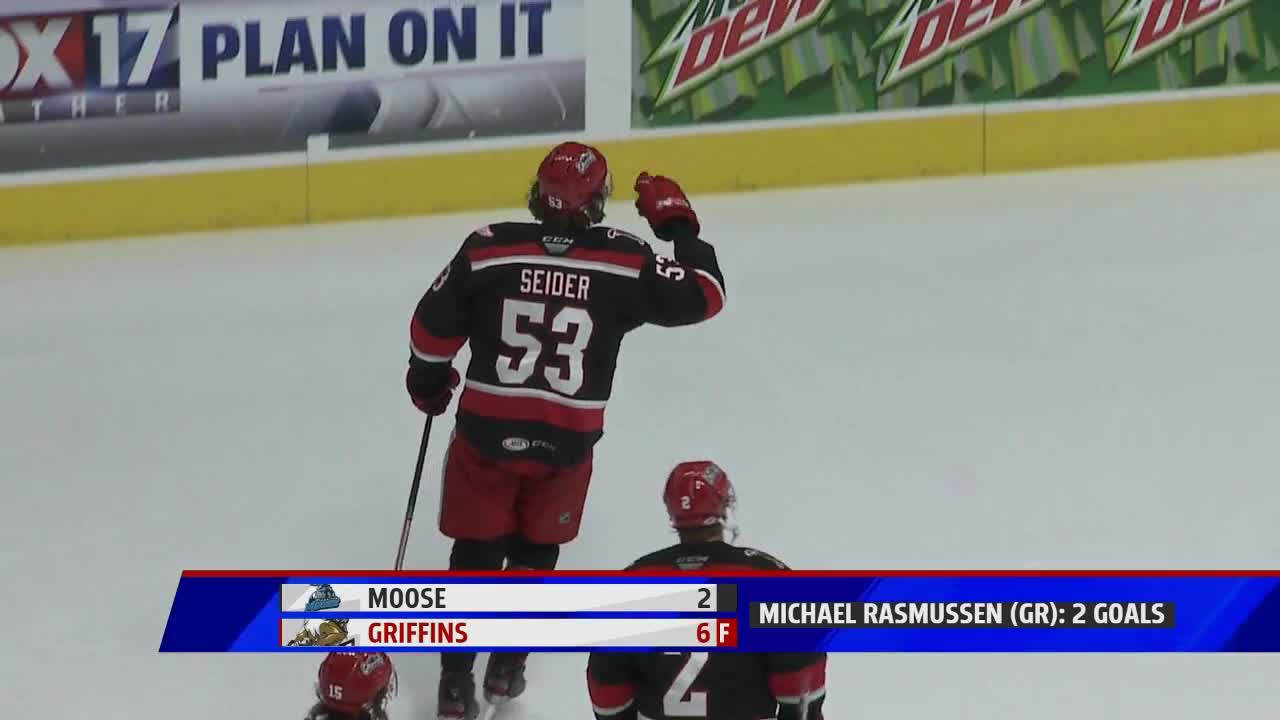 The Griffins improve to 17-19-4 on the season (38 points) and will take on Rockford on Wednesday night at Van Andel Arena as the eight game home stand continues.