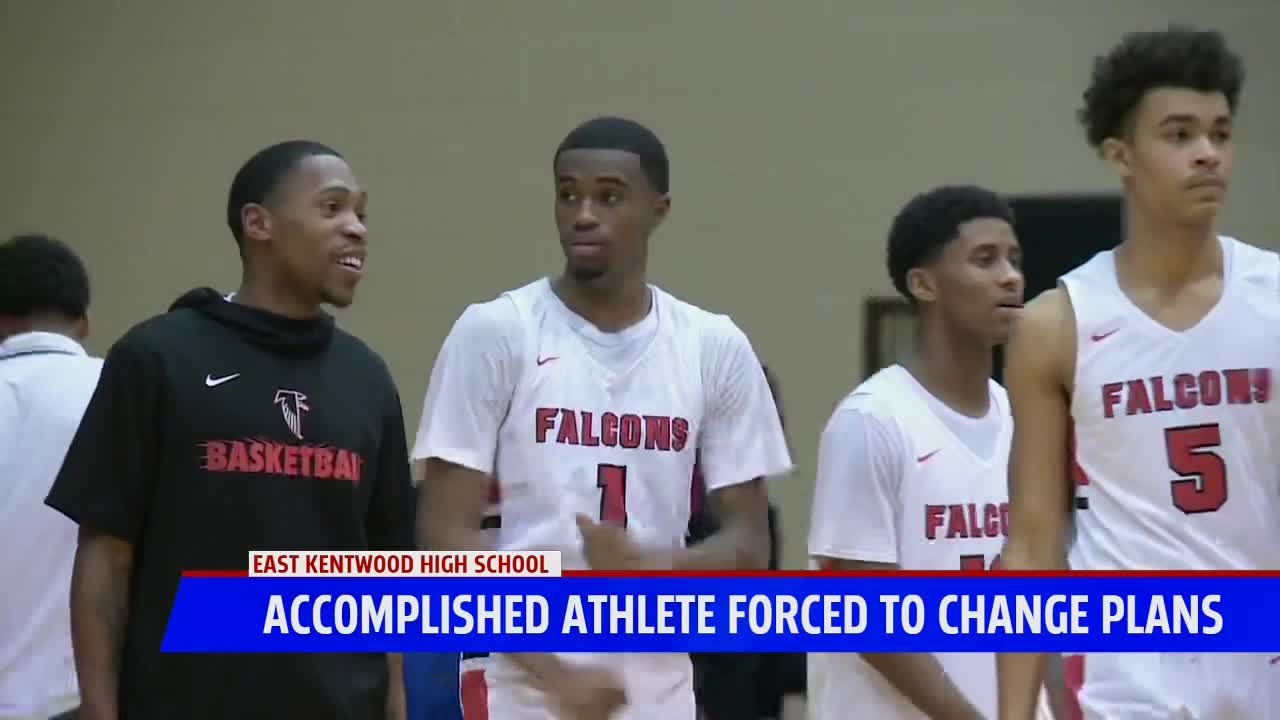 KENTWOOD, Mich. — High school seniors are missing out on things like prom and graduation but for athletes, there are some even bigger missed opportunities due to the pandemic.

East Kentwood senior Jamoni Jones had an outstanding career on the basketball court in high school. He was named All-Conference all four years and helped lead the Falcons to a regional championship last winter.

"Basically, I felt like it was the right choice for me," he said, "because of the background of the coaches for getting their players to the next level."

A bit of a late bloomer in the recruiting process, Jones was hoping to make a name for himself after being invited to NBA All-Star Stephen Curry's Underrated camp in Oakland, California. Originally scheduled for April 3, the camp is now cancelled due to the pandemic.

"It's big," Jones added, "It effected me tremendously with the fact of me going to the Steph Curry camp would have increased opportunities for me. That being cut off really had an effect on me."

Jones was hearing from several Division-I coaches over the past few months but due to this pandemic, was unable to make a late impression on them or even visit campuses, which ultimately led him to this decision.

"I had to base my decision off of, 'should I wait for this coach to tell me he has a spot for me or should I take what I have and make the best of it,'" he added.

The good news for Jones is that Division-I basketall is not out of the question. He has the grades to go Division-I whenever he'd like to which means if he has a big freshman season at Schoolcraft, he could take the next step.

"The coach [at Schoolcraft] was basically telling me if I want to leave to go somewhere I can, if I make a decision where a school is the best fit for me, then they'll release me to go," Jones added.

The junior college route isn't for everyone, but that's something Jones is excited about.

"At the JUCO level it's a lot of people who are looking for a chance to play at a high level. Everybody has the same goal, everybody is locked in."

After everything he accomplished in high school, it certainly wasn't the way Jones anticipated going out, but he's keeping a positive attitude.

"It is what it is," he continued, "I can't do anything about it. I just have to react to it in a good way and move forward with things and hopefully get the best outcome."