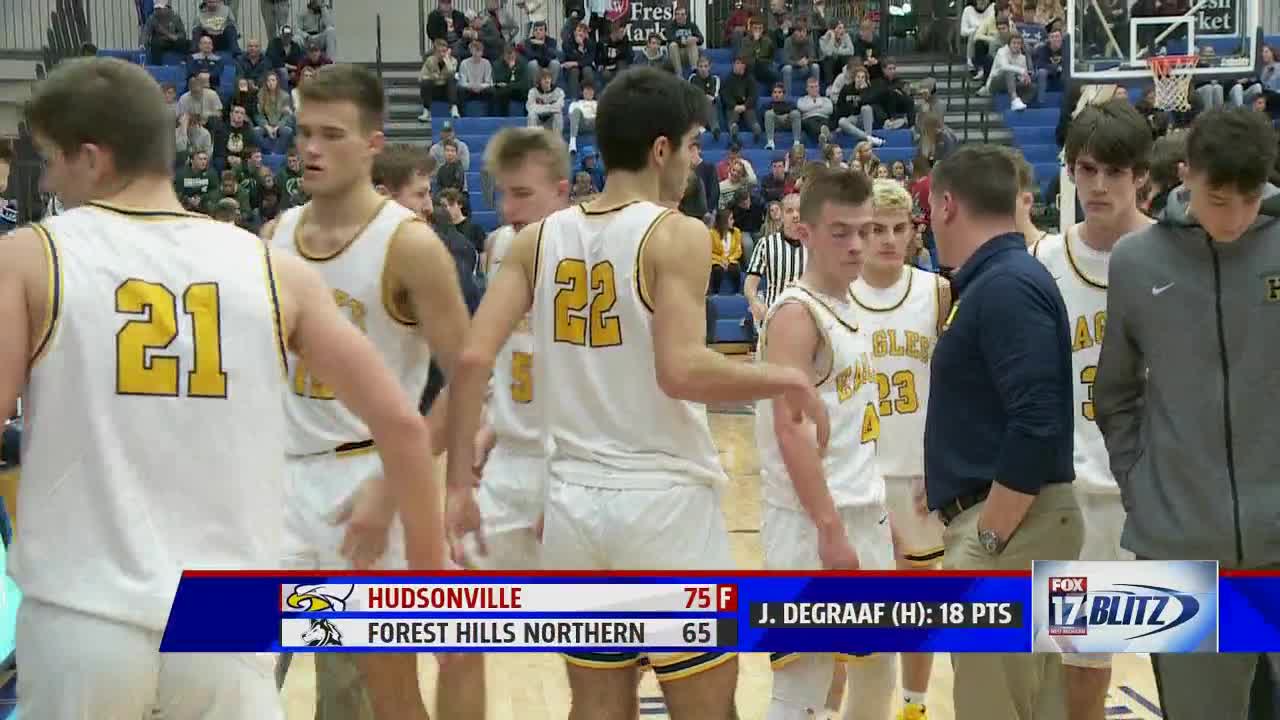 GRAND RAPIDS, Mich. — Hudsonville led Forest Hills Northern, 33-31 at halftime in the Cornerstone Holiday Tournament blue division championship on Monday night. In the second half, it was Johnny Miller and Justin DeGraaf helping the Eagles extend the lead. DeGraaf would finish the game as the tournament MVP with 18 points and seven rebounds while Miller scored 15 points on a perfect seven-of-seven shooting from the floor.

The Eagles are off to a 4-0 start for the second consecutive season and will take on Jenison at home on Friday night.