Schoolcraft volleyball hoping for another trip to Kellogg Arena 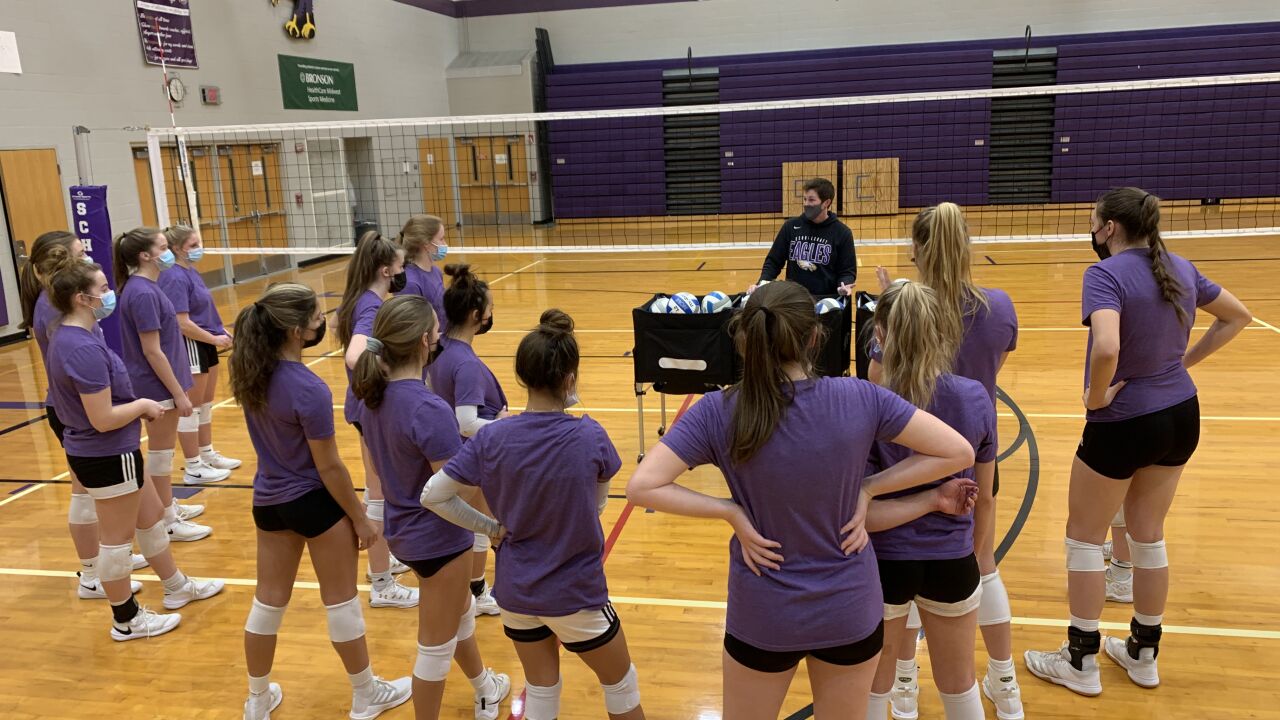 SCHOOLCRAFT, Mich. — Much like other teams still alive in the state tournament, the Schoolcraft volleyball team has a lot of experience and senior leadership.

However, what sets the Eagles apart is that they've been there before. Just last season, the team played in their first state championship match since 2014.

Now, the returning players are hoping that experience can push them over the edge.

"I think it's a huge advantage," said head coach, Erin Onken, now in her ninth season, "we have that experience behind us and it's definitely calming I think."

"It was surreal," said senior setter Kayla Onken, "it's something you only hear about. It's really a once in a lifetime opportunity unless you're part of a really great program and really great team, that atmosphere in that game is something you won't forget."

And Coach Onken says it was a big deal to get those players that experience.

"It was a totally new experience last year," Onken added, "I thought they did a great job at handling that pressure, now it's just like they know how it feels and how exciting it is."

While the Eagles still have to win a state quarterfinal match next week to advance to Kellogg Arena, they're confident they can fulfill that goal.

"Ultimately, we said we want to get back to Kellogg and we know that's close to being a reality, we're one win away from that and we know we can do it, right now that's our focus," said Onken.

One thing is for certain, after last year's eye opening experience at state, no moment is too big for the Eagles right now.

"We realize this year how we need to bring our own energy to the court and how we control it," said senior Maddie Morris.

The Eagles boast seven seniors, five of whom have been on varsity for three years.

"This year, it's going to be different because half of our team has already had that experience of being in that big atmosphere," Kayla Onken said, "it's something we're kind of used to."

Schoolcraft will take on Calvin Christian on Tuesday in a state quarterfinal match with a trip to Kellogg Arena on the line.